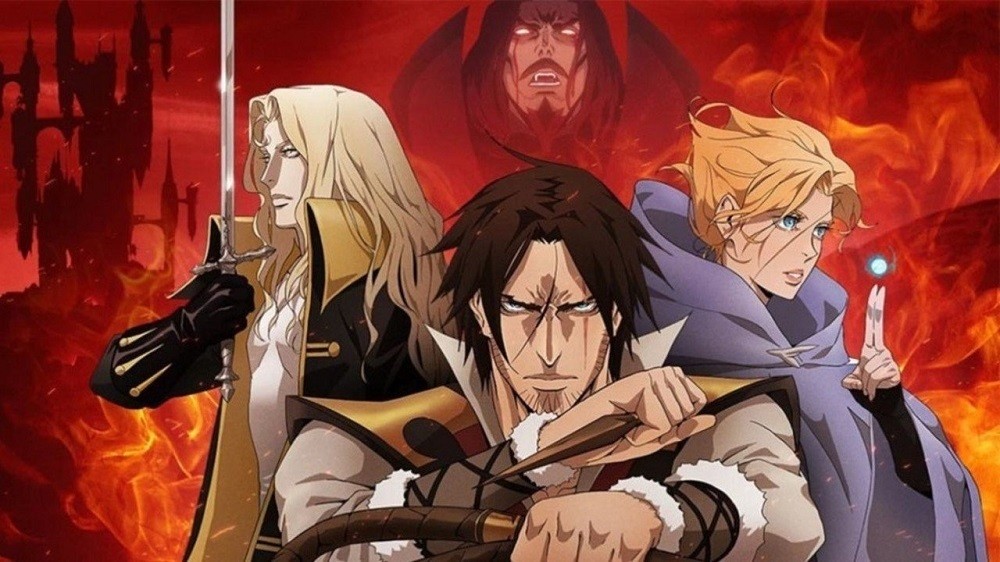 Interview: Adi Shankar, Showrunner of Netflix’s Castlevania Got More Vampire Slayin to Get To

Castlevania Season 2 just dropped and we now that vampire murda muzik is still bumpin in your headphones if you saw it. If not…then fam, what are you doing? We were lucky enough to talk to showrunner Adi Shankar about the vampire court, the games legacy and bringing familiar voices into the new show.

Black Nerd Problems: Castlevania has such a storied history in gaming with so many different iterations and stories. Can you tell me how you and the team came to this specific story, vision and tonality for the show? Was there anything from the games that had inspired more than others?

Adi Shankar: I would argue that although there are dozens of Castlevania games there are only two iterations (main timeline and Lords of Shadow timeline). The vast majority of games follow the main timeline. Sam Deats and a lot of the animators are also fans of the show, so they are bringing their own influence to each frame with the level of detail that goes into each shot. From a story perspective It makes sense to start early in the timeline, and no one is a fan of origin stories … 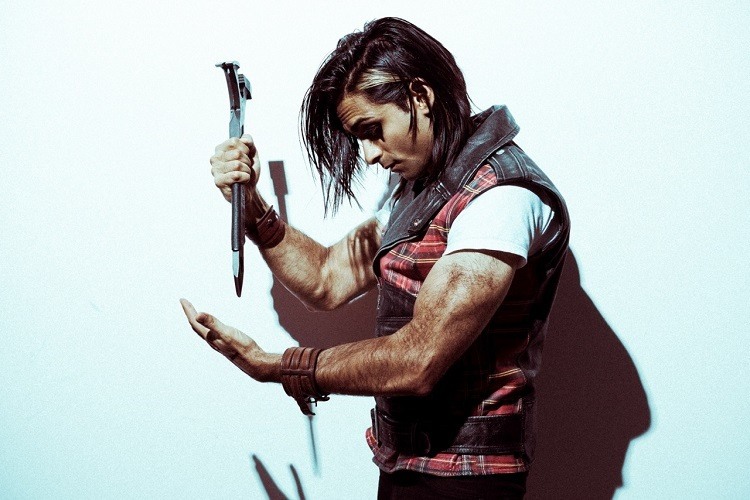 BNP: There is a tonal shift between seasons 1 & 2 that chooses more exposition for both camps, but especially for Dracula’s Court. Can you talk about the significance of expanding the roles of the antagonists in this series?

Adi: I liked the idea of really building out this vampire world and giving them their own political nuisance. Warren had designed Dracula to be incredibly empathetic in EP1 of Season 1, so playing off that I felt it was important to deconstruct the implications Dracula’s war was having within his own ecosystem and to that end in this world is not every vampire is on board with his war, especially when it’s essentially a personal vendetta that’s eradicating their food source. Adding Hector and Issac gave the vampires an interesting texture by subconsciously reiterating to you that humans aren’t innocent either, because there are intelligent humans disgusted with the human race. Warren Ellis executed this in a manner that exceeded everyone’s wildest imagination. He’s truly one of the best writers in the world.

BNP: There is a very firm commitment to this being a very mature show, not only in the violence but in the language. Was this ever a point of contention considering Castlevania’s 8-bit roots? Or was this driven by a very specific story? 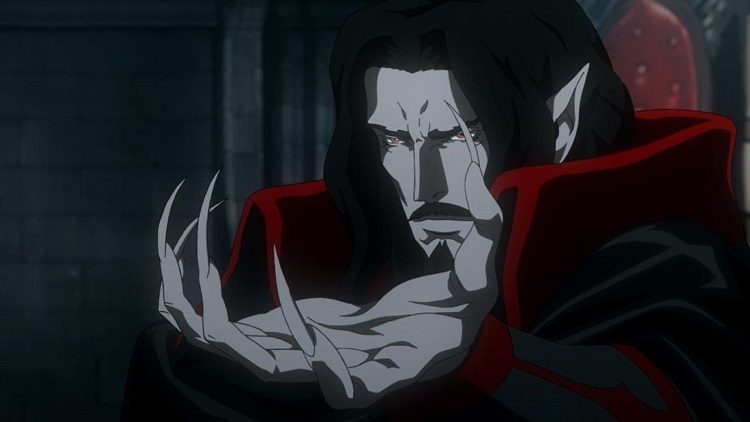 Adi: Warren Ellis is a ‘mature’ writer in that his works are generally geared towards adult audiences. Also, given my filmography and persona, I think the moment I board a project everyone assumes it’s going to be hyper-violent. This was never even a discussion, no one was expecting the Phil Lord & Chris Miller version of this show from us.

BNP: I was happy to see the expansion of Sypha’s role and for her have her story and agency in season 2. Was there a reception to her from season 1 that influenced that or was it always part of the story to see a more 360 view of her in season 2?

Adi: It was always part of the plan to expand the world and the characters in Season 2. Both Syhpa and Alucard see expanded roles as well. It’s the natural progression of their arcs. 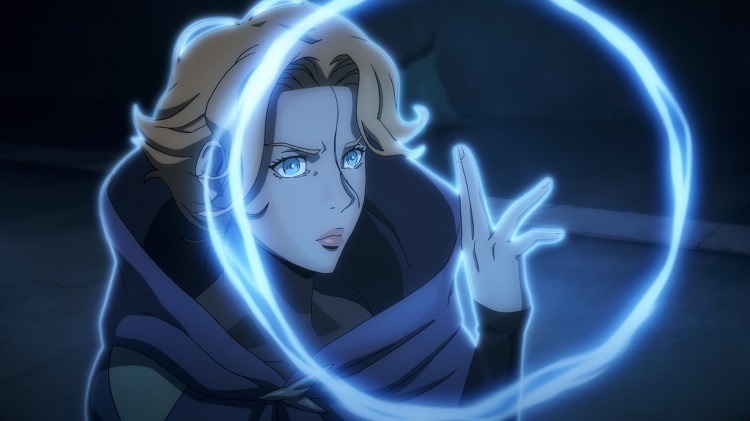 BNP: What’s something that is either taken for granted or harder than people think when trying to make a show like this successful on Netflix or any other platform?

Adi: I think that trying to make a show successful, will likely make it unsuccessful. The goal is to make a show authentic. When that authenticity resonates a show has the potential to reach its intended audience and/or achieve critical acclaim. We are blessed on Castlevania to have both a passionate audience and critical acclaim, and that’s due to the incredibly talented team who is passionate about every single frame of this show.