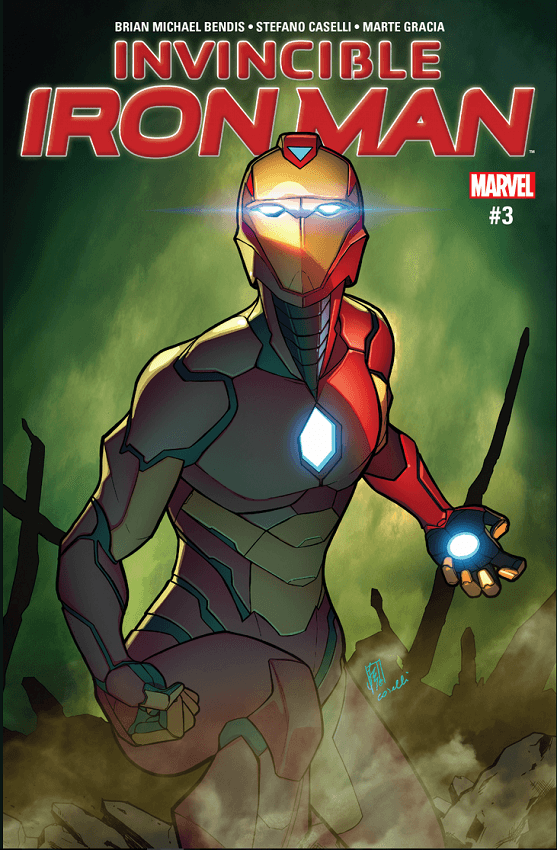 Let’s go ahead and give some credit where it’s due: we can debate the extent of its effectiveness, campaigns, and how many writers or artists of color are working on these books (still), but it’s hard to argue that Marvel’s most engaging characters right now are heroes of color. I’ve said it before, but this is something that never needs to be understated: Riri Williams is shaping up to be a fantastic character. What Bendis did well in this initial arc was watching her fortitude and resourcefulness on full display without dropping her into any perks-gifted situations. She asked for an AI, but even that came with a cost, as she’s faced to confront things about her life and personality that she otherwise wouldn’t have. Yes, it is a way to have Tony Stark-lite in this book, but there’s a balance struck between that familiar personality and an outside observer that is literally along for the ride that helps Riri interrogate how and why she is doing what she is doing, and ultimately how healthy this is for her.

I wasn’t in love with the extrapolation of Riri’s trauma in the previous issue, mostly because I didn’t feel like we needed to see the body to understand the pain. Riri dealing with the death of Kelly in this issue felt much more natural and effective as the struggle happens mostly in her own head, or suit to be more accurate. My only nitpick would be the pacing is a little hurried, as we experience Riri’s hero journey. She experiences a lot of fights that kind of yada yada’s the timeline, understandably for efficiency sake, but it would be nice to know the duration between the new suit of armor and her mini breakdown as there’s a lot of one shot scenes in between. 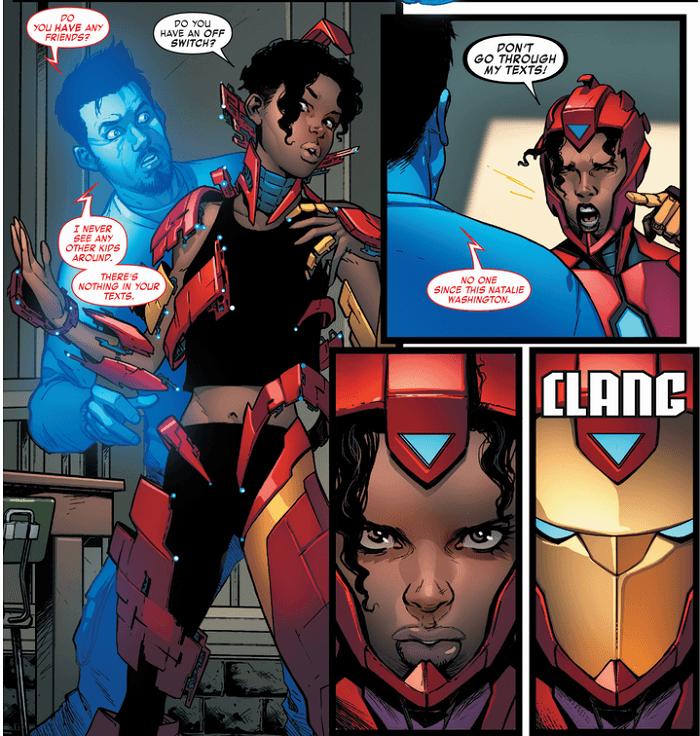 Also, can I just say, I legit felt something when Riri stepped into what will be known as the Ironheart armor for the first time. Caselli is basically killing this book, everyone. I wish I could be more articulate about it, but all you need to know is that it looks so good, folks. So good.

I didn’t even get to address the surprise visitor or what looks like the first real conflict that Riri will face, but let’s just say that this book could be going in some really exciting directions. Riri might have one of the best origin stories in recent memory, and three issues in, this might be the perfect time to catch on and catch up.