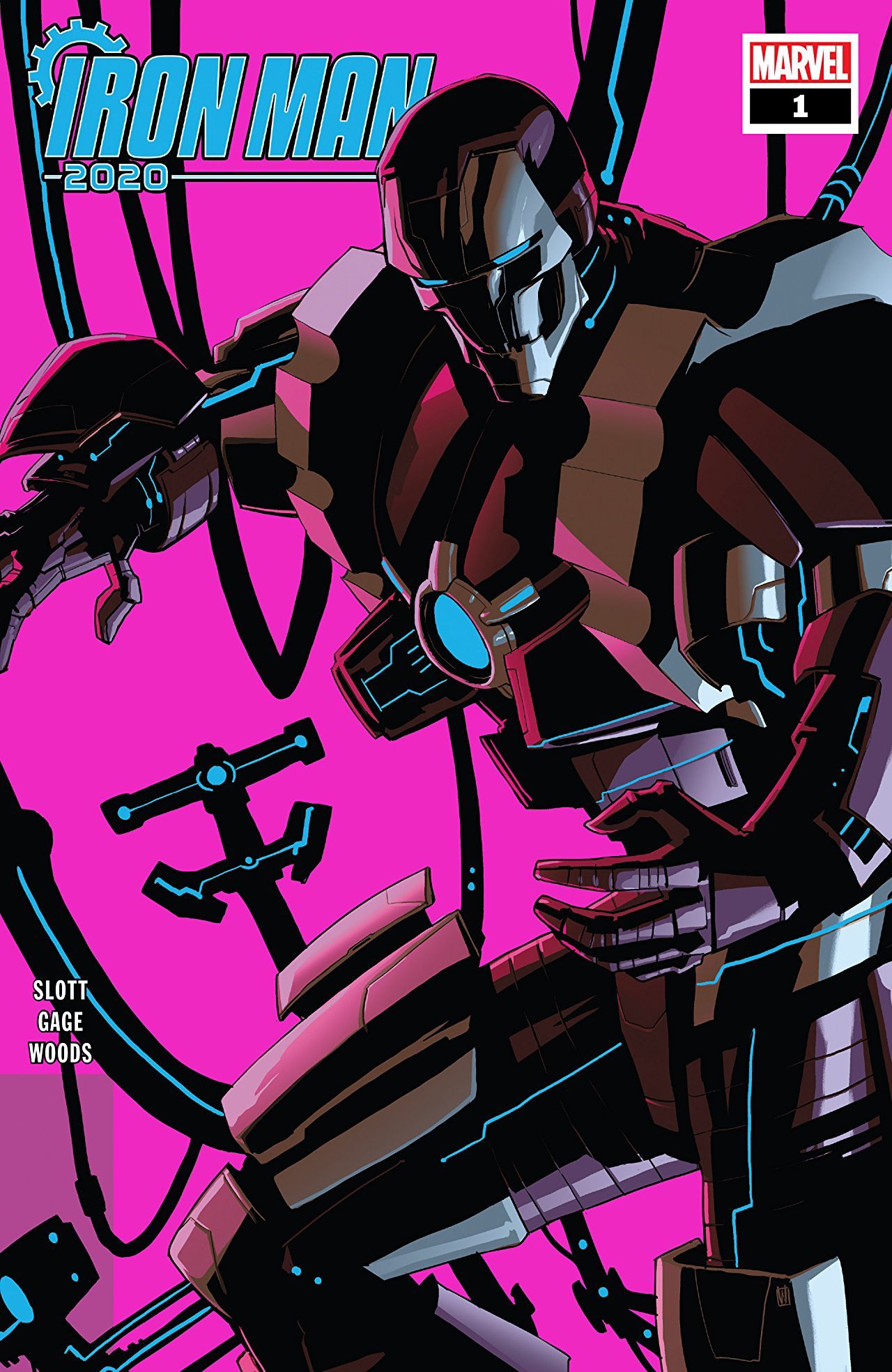 A. I. uprisings, bringing people back from the dead, and talking cats are all here in the year of our Robot Lord, 2020. Tony Stark is dead, and his brother Arno has seized control of Stark Unlimited, with the help of his business partner Sunset Bain…which may be one of the coolest names of all time. A looming threat endangers everything, and Arno knows he’s destined to combat that entity one day; however, he has immediate issues to prioritize and they won’t stop until the robots are on equal footing with the men that made them.

Iron Man 2020 is set in a not so different world filled with corporations and conflict, but this version of 2020 is teeming with artificial intelligence and ethically questionable creations. Fully expect to do some double takes when you see Iron Man blast what looks like humans into oblivion, only to find out this world is overrun with strange beings. While Arno wrestles with his newfound superhero expectations, the world of inorganic matter rests for no one. I’m feelin Machine Man and the hell of a chip he has on his shoulder. In one of the coolest panels of the book, we get a look at his incredibly drawn new secret headquarters, where he plots to turn all fleshbags into mincemeat.

Ushering in his new era of Iron Man is a very risky leap for Marvel and Dan Slott. I wasn’t reading Tony Stark: Iron Man before checking out this #1 and it took me quite some time to get used to those clunky gear shoulder pads and this wild cybernetic world. Luckily, there are some really redeemable qualities and interesting aspects of this book. Pete Woods is delivering on all futuristic fronts and Slott has already proven his ability to take a beloved character and create an exciting new platform for the hero. Prepare for a steep learning curve and buckle down for marvelous machinery as Iron Man 2020 blasts its way into this new decade.

7 Wolverine Robot Double Sightings out of 10