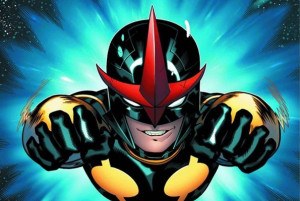 I’m saying tho. Nova has got some good damn steam. It really does feel like he could be the Miles Morales we need for Earth 616 (but not the one we deserve… I just wanted to throw that dark knight reference in there sorry) He’s young. He’s putting a legacy way bigger than him on his back and you want to root for him. 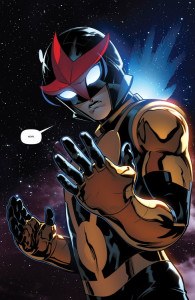 The issue is in Miles Morales’ case Bendis did a lot of time getting us behind this kid. We lost peter Parker and we got to see how Miles took it upon himself and then when Aunt May and Gwen Stacy gave him the web shooter baton pass to so he knew it was real. When it comes to Sam as nova we introduced to him going through it. We aren’t connected to his Dad as much cause apparently he was a black ops type of nova (way cooler in my opinion) and we are just uncovering what they are about now. Miles also had folks watching out for him (nick fury seeing this as a second chance and help the Parker legacy) Sam ain’t got no one but his mother. Shit is rough for same in these panels young.

I’m not a biggest Richard Rider Nova Corps fan, I hate space, but i am a green lantern so that means i gotta give this a shot and i do like it. The premise being taken with Sam as being the last Nova is cool (like when Kyle was the last Green Lantern) but the extra dope shit is when they pulled this number on us

He’s now investigating dead Nova??!? That is fucking bawse. I love that this is the adventure now. Marvel Hit us with the Kanye West on this shit

This as the concept has me hugely invested in Sam and hoping that somehow he will get the fleshing out in his space adventures that Miles got through his Spider-Man. They are pretty alike (Miles is a bit funnier) but i’m hoping Sam gets some folks to watch out over him. He is boys with Uatu The Watcher which is fucking dope but….with that original sin coming out…

That’s about to change.