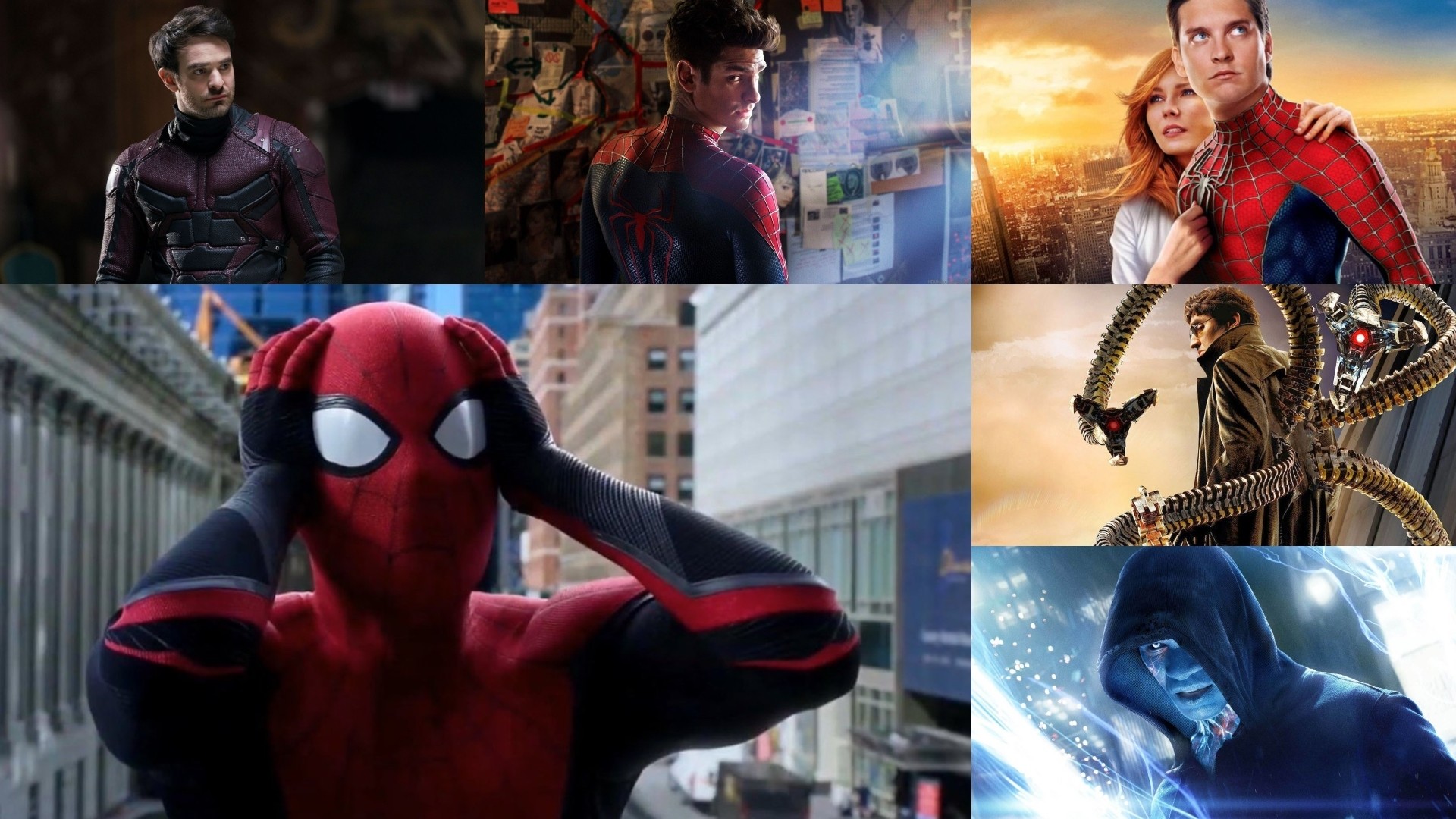 Tom Holland’s next Spider-Man film in the MCU has barely begun filming. Yet, it already feels like the world’s worst kept secret. Every other week a new casting announcement seemly gives away that we may be getting a live-action version of Spider-Verse with a cameo from Dr. Strange, the possible return of former Spider-Men Andrew Garfield and Tobey Maguire, as well as Jamie Foxx and Alfred Molina reprising their roles as Electro and Doctor Octopus respectively. Even Charlie Cox’s Matt Murdock aka Daredevil himself is rumored to make an appearance in this film.

While a lot of this is very exciting for sure, I have reservations. This is a lot for one film, and it’s all happening very fast. Sony’s had a tumultuous relationship when it comes to making a third Spider-Man film work, and I’m worried that they, and Marvel Studios, are falling into the same pitfalls that have plagued them in the past. Let’s walk through a few of the reasons why it might work and why the next Spider-Man film just might be Icarus flying too close to the sun

Sony Rushing to the End Goal

One of the primary failings of Sony’s last two Spider-Man franchises is that the movie studio always seems to want more out of these films than they can handle. In the original Spider-Man trilogy, directed by Sam Rami and starring Tobey Maguire, this became apparent in Spider-Man 3. The film is a cluttered mess as it focuses on too many separate villains (Sandman, New Goblin, and Venom). Not only that, but it tries to wrap up and introduce several plot lines at the same time, making for a terrible mash-up of Spidey stories that don’t come together too well. It also ruined the Black Suit saga. So, I’ll forever be salty about that.

On the next try, Andrew Garfield’s Amazing Spider-Man films suffered an even worse fate. The reboot tried to build a universe of connected films out of scraps and solely around a single character. Worse than that, Sony tried to fast track said universe over the course of two films. In turn, the studio meddling did nothing but a disservice to Garfield’s excellent portrayal of Spider-Man and the story of those films, leaving it crashing and burning. Ultimately, they had to team up with the MCU and reboot the franchise again to earn back fans’ good graces.

Sony wanted to essentially lead to other films, spinning-off certain characters and spawning more franchises. In fact, what’s even more apparent is that they still want to do that. However, they don’t seem to have a plan laid out for the films outside of the MCU Spidey movies. It’s almost like the studio is throwing darts against the wall and hoping these films stuck. We eventually, and in my opinion regrettably, got a Venom solo film in 2018. It’s also clear that Sony wanted to create a Sinister Six focused film or spin-off with the Amazing Spider-Man franchise. If we are all reading the casting correctly, it seems like they are getting a second chance to do that in the third MCU Spidey film.

These spin-offs are the end goal and even though Tom Holland’s Spider-Man has appeared in five MCU films, everything still feels like it’s moving too fast. The MCU introduction of Spider-Man relies heavily on well-established heroes like Iron Man. It works to a great degree, making Holland’s Spider-Man feel like a part of that world. We move away from that in Spider-Man: Far From Home as it tries to establish Spider-Man as his own hero apart from his mentor. You would think that the MCU would focus on continuing that thread, with Holland’s Peter Parker facing threats on his own in a more contained adventure. The casting announcement seems to dispute that and once again, Sony is trying to make Spidey the catalyst for its other Marvel properties.

The success of the excellent animated Into the Spider-Verse film plays a part in all this too. It seems that Sony wants to replicate that success on the live-action front, and they are using the third Spidey film to do so. Essentially, it means Holland will be teaming up with more heroes like Dr. Strange, and past film versions of Spider-Man for this adventure. While it is exciting for sure, it’s disappointing that we don’t get a breather from the team-up aspect of these films.

With the possible addition of the Sinister Six, the MCU’s Spider-Man 3 feels like two very different films trying to happen at the same time. Sinister Six itself is already a tough film to crack. Holland’s Spider-Man has only really introduced two major villains. If Vulture and Mysterio are also making a return, along with Electro and Doc Ock, plus two more to round out the roster, it could be a recipe for disaster. Balancing multiple villains in superhero films has always been an obstacle. Raimi’s Spider-Man 3 and Amazing Spider-Man 2 are the best examples of how balancing multiple antagonist characters can go wrong.

There are a lot of characters at play and in a two-hour film, it feels like no one will get the screen time they deserve. If this were solely a Spider-Verse film, you wouldn’t need to focus on the villains as much and just spend your time exploring the dynamic between each of the Spider-Men. The same goes for if the MCU’s Spider-Man 3 were strictly a Sinister Six movie. The villains would get the spotlight, that way it helps flesh out a compelling ensemble cast of characters. You would also get the added benefit of Holland’s Spider-Man proving why he’s the greatest hero in the Marvel Universe by tackling the group on his own.

Now, these are just concerns I have about the scope and scale of this next Spider-Man film. I could be wrong. After 10 years, Marvel has proven time and time again that they can pull off some amazing films with the right amount of planning. The next few MCU projects (Wandavison, Dr. Strand MoM, etc.) suggest that the multiverse is getting introduced. That would explain how we are getting multiple Spider-Men and villains from non-MCU films.

The MCU’s Spider-Man 3 mashing together two very different plot lines could work on the sole fact that we have seen all of these characters in some manner in previous movies. You don’t have to waste time introducing characters and can get right to moving the story forward. Another positive is that Marvel has a proven track record of pulling off and mixing a large cast of characters before. The best example is Captain America: Civil War, a film that introduces a large cast of new characters to the MCU while balancing their separate stories. At the same time, it also never forgets that it’s a Captain America film. It could work for Spidey too.

Hey, I want to be presently surprised so I’m holding out hope for the MCU’s Spider-Man 3. While I still feel like the Spider-Verse and Sinister Six elements would serve best as separate movies, Marvel Studios has more than earned the benefit of the doubt. Let me know what you folks think.