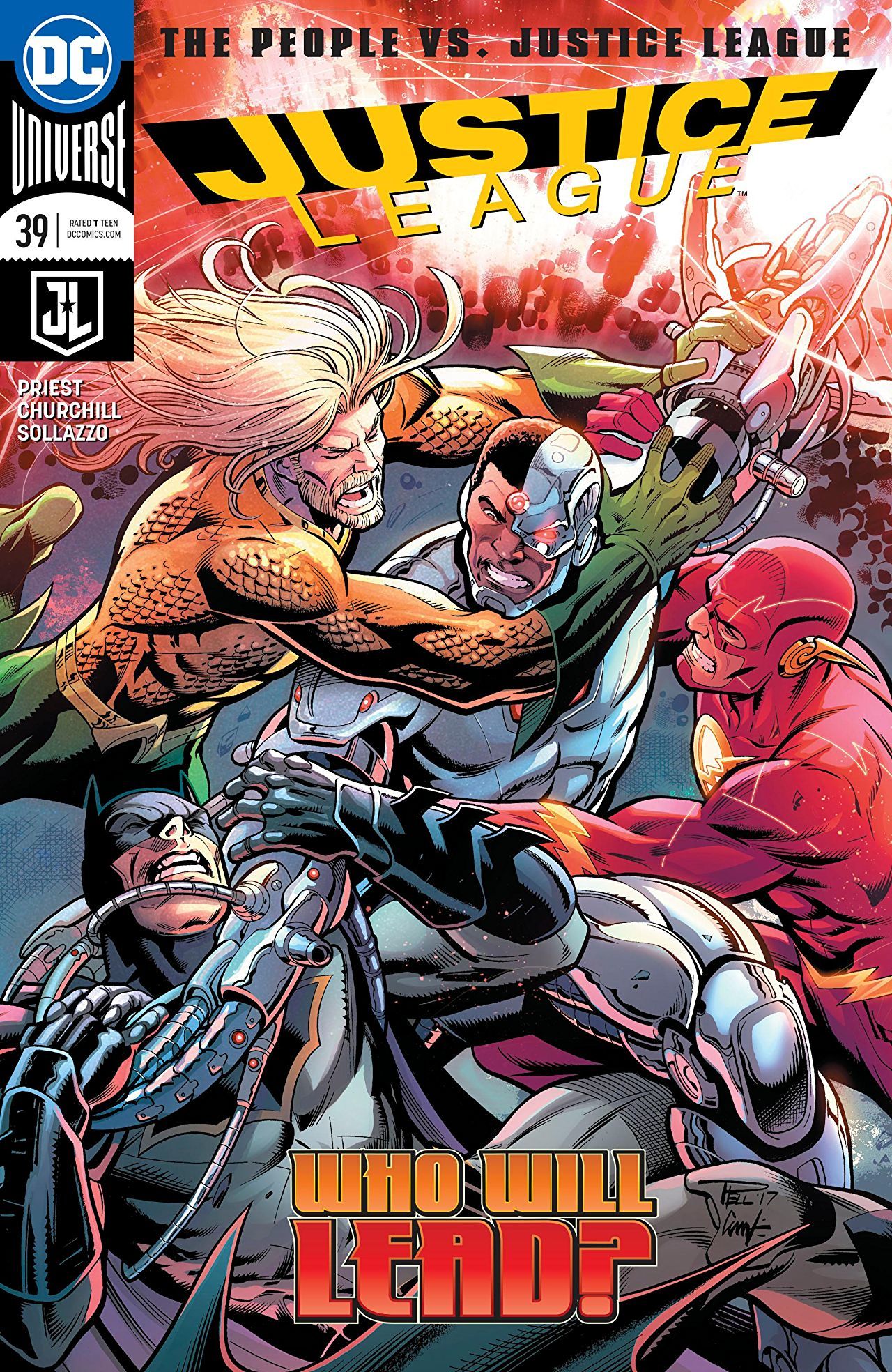 Time to get down to bidness. We got a new team leader and it’s someone who hasn’t been in this type of position before. I’m only not telling you who it is because the cover of this issue still wants to make it seem like it’s a mystery, but if you read #38, you’ll know who it is. I’ll probably give some obvious context in this review anyway too so ¯\_(ツ)_/¯

What I will say is that Priest is bringin’ the truth in this issue. But doesn’t he always? We’re right in the middle of Black History Month, and JL is comin’ heavy with the racial commentary. It’s a topic that’s been slowly brewing this entire time, but it finally boils over in this issue.

The League has to deal with another environmental threat and they’re split between two parts of one neighborhood: the black part, and the white part. Yeah, we’re goin’ there. On top of that, because of what’s been going on with their adversary The Fan, the world is on notice. 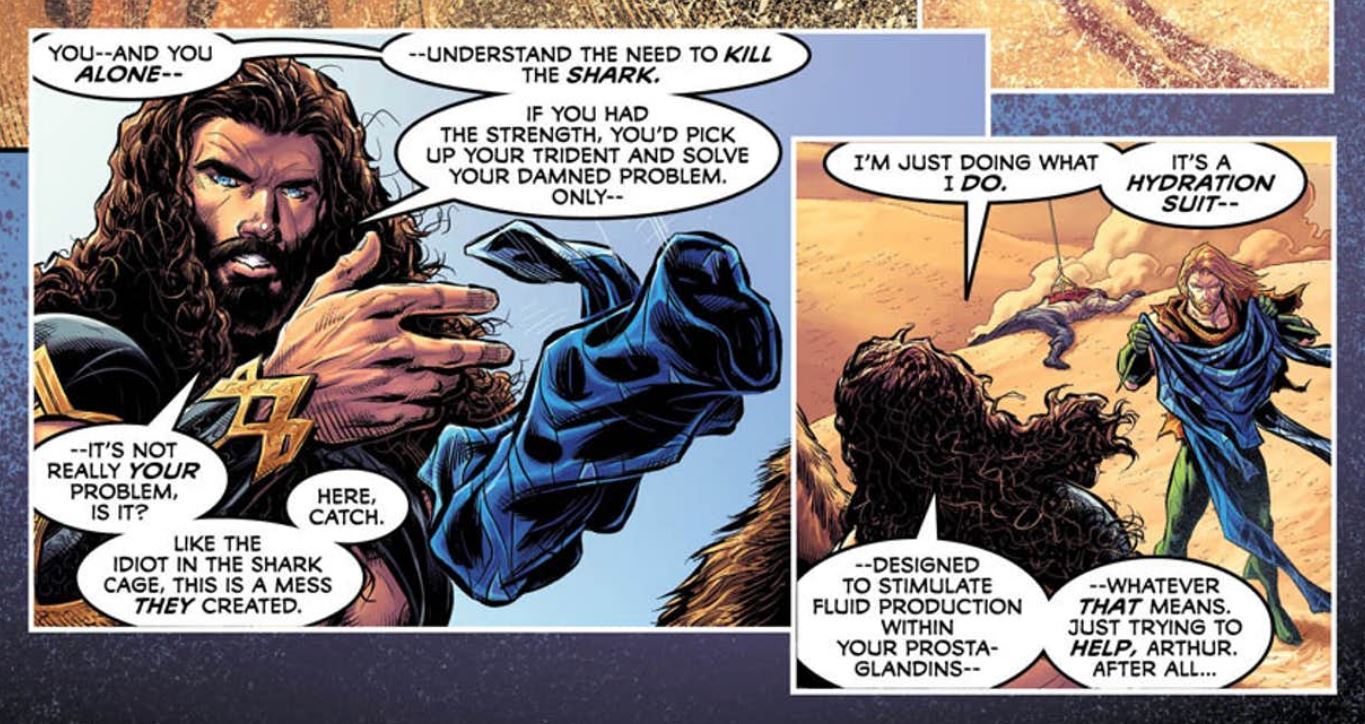 This time around however, that notion is taken to the next level. Priest utilizes social media to show differing opinions in real time. Using that as a tool is a good way to show just how fast positions can change in the internet age.

So the new leader, let’s call them Grobyc, is at the forefront of the social media mentions and racial tension. And they are learning just how hard it can be when you’re in charge. Different types of people are going to want certain things from you because of what you specifically represent to them. And it’s your job to juggle all of that and make everyone happy. It’s a lot of weight to put on Grobyc’s shoulders, but it makes for a very compelling and stimulating read.

Ian Churchill is on the art this issue, and I think he does a really good job of fitting in. He reminds me a lot of Pete Wood’s (the main artist) art. So the change feels fluid.

My one issue with this issue (hahaha) is that yet again it seems like the plot isn’t progressing much. Really interesting things keep happening, but they never seem to move the narrative forward. I could definitely see the fallout of what’s going on lingering into Snyder’s run, and I really hope that’s what happens. I’m not saying I need the League to throw more punches, I’d just like to see the resolution on the horizon at this point. But the predicament that Grobyc is in (for me) more than makes up for it. I’m just trynna be objective and give a well-rounded analysis, okay?