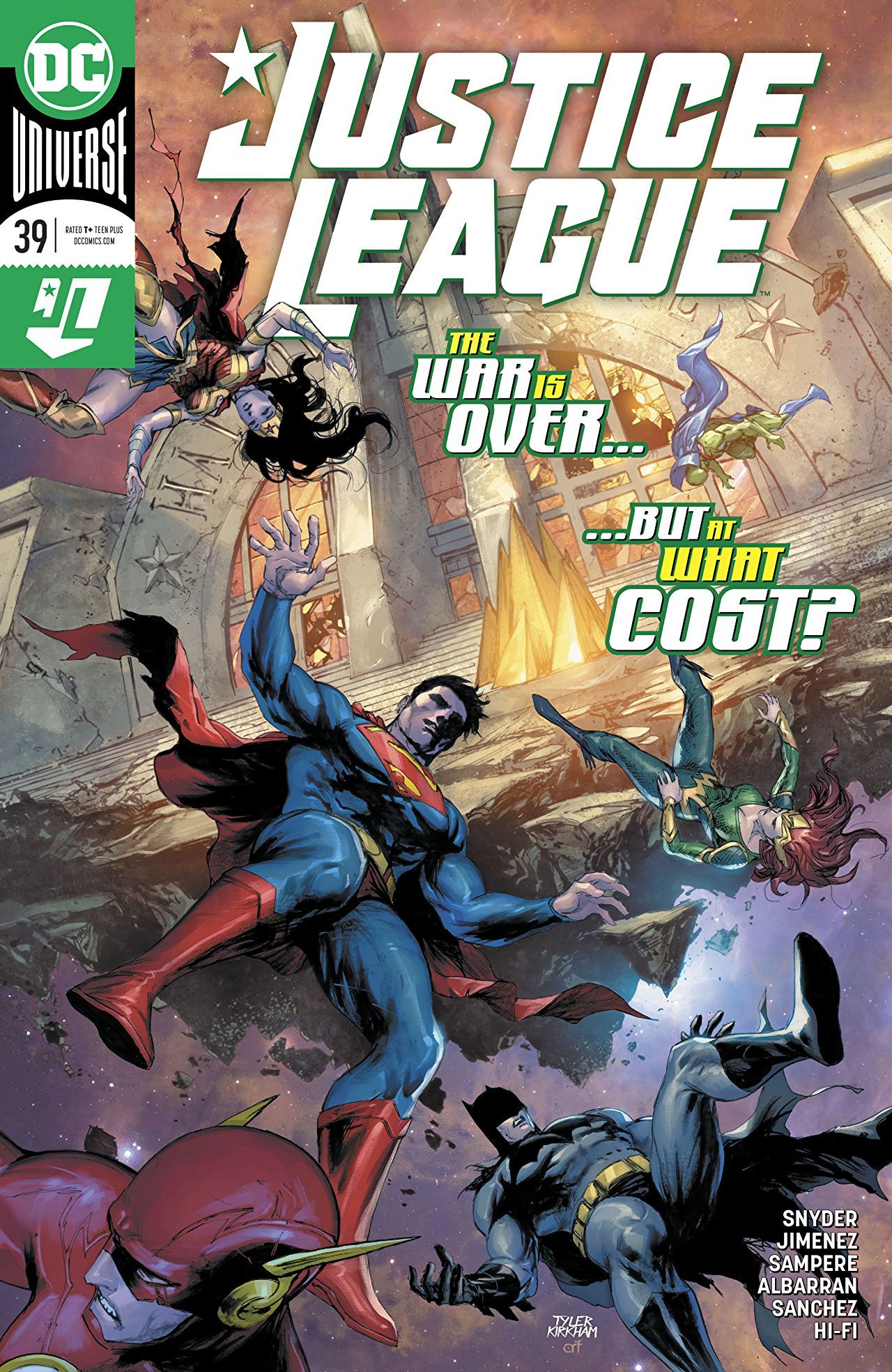 One of the greatest challenges in ongoing stories is raising the stakes without jumping the shark. This is especially the case in comic books where characters are often larger than life. The Justice League is probably at the center of this challenge. When you gather up the mightiest heroes of the world, it better be for a good reason. And if they’re fighting someone who actually gives them a hard time — better yet, beats them — it has to be believable.

Given his amazing track record, I didn’t have any doubts that Scott Snyder was up to the task in Justice League, and issue #39 is both Snyder’s final issue on the series and further evidence that justifies my confidence.

In issue #39, the league is preparing to make their final stand against Perpetua, the god-level, omniscient villain who has been pulling the strings of the entire universe this whole time. Jorge Jimenez and colorist Alejandro Sanchez continue their amazing work together as they bring this final climactic moment to life on the page in the first half of the issue. 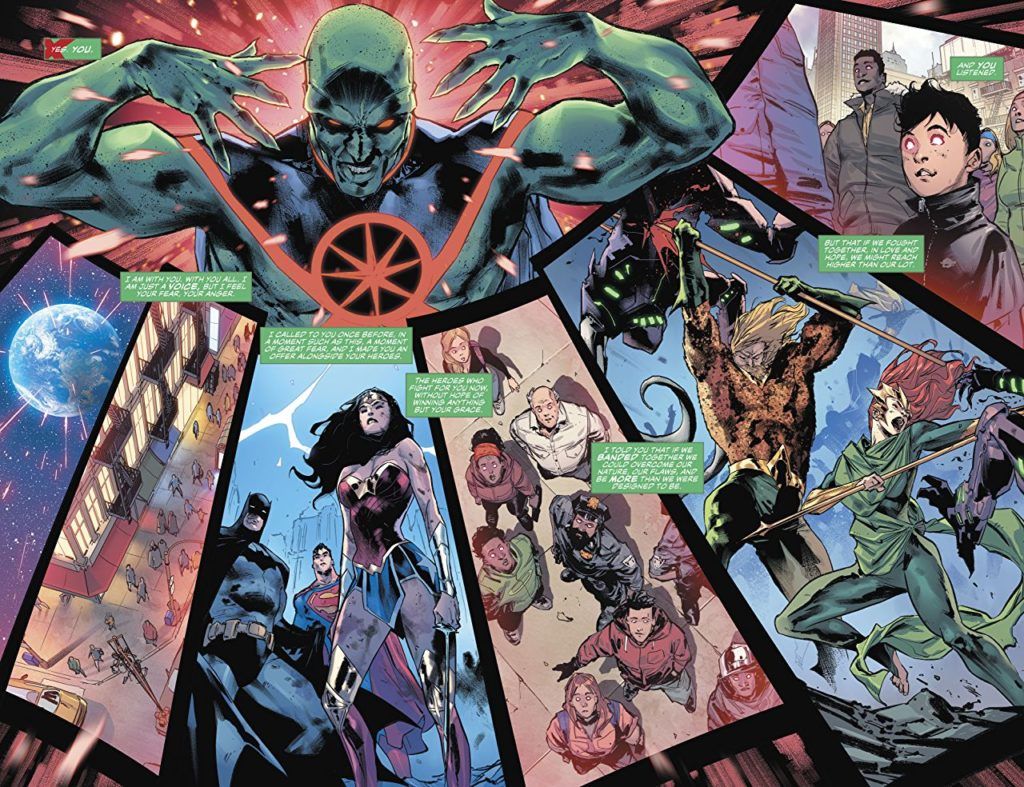 The back half of the issue, which comes with a much more sober tone as the league has, by all signs, lost, is handled wonderfully by Daniel Sampere, Juan Albarran and colorist Hi-Fi. This is where Snyder reminds us why he’s one of the best writers out right now. Snyder has always excelled at zooming in on individual characters and giving them their moments to shine. In this issue, the chosen one was obviously Martian Manhunter, who’s always been a great window into humanity with his outsider’s perspective. Snyder could’ve chosen any members of the league to explain what was happening, but their perspectives all would’ve been limited compared to the Martian who has literally formed a connection with the entire planet. It’s, ironically, a very human moment.

This being Snyder’s last issue of the series admittedly feels a little jarring because it wasn’t perfectly wrapped up with a bow. But this is a major comic book title. His job wasn’t to wrap up the story as much as it was to hand it off to the next team and give them an exciting starting point. And that’s exactly what he did.