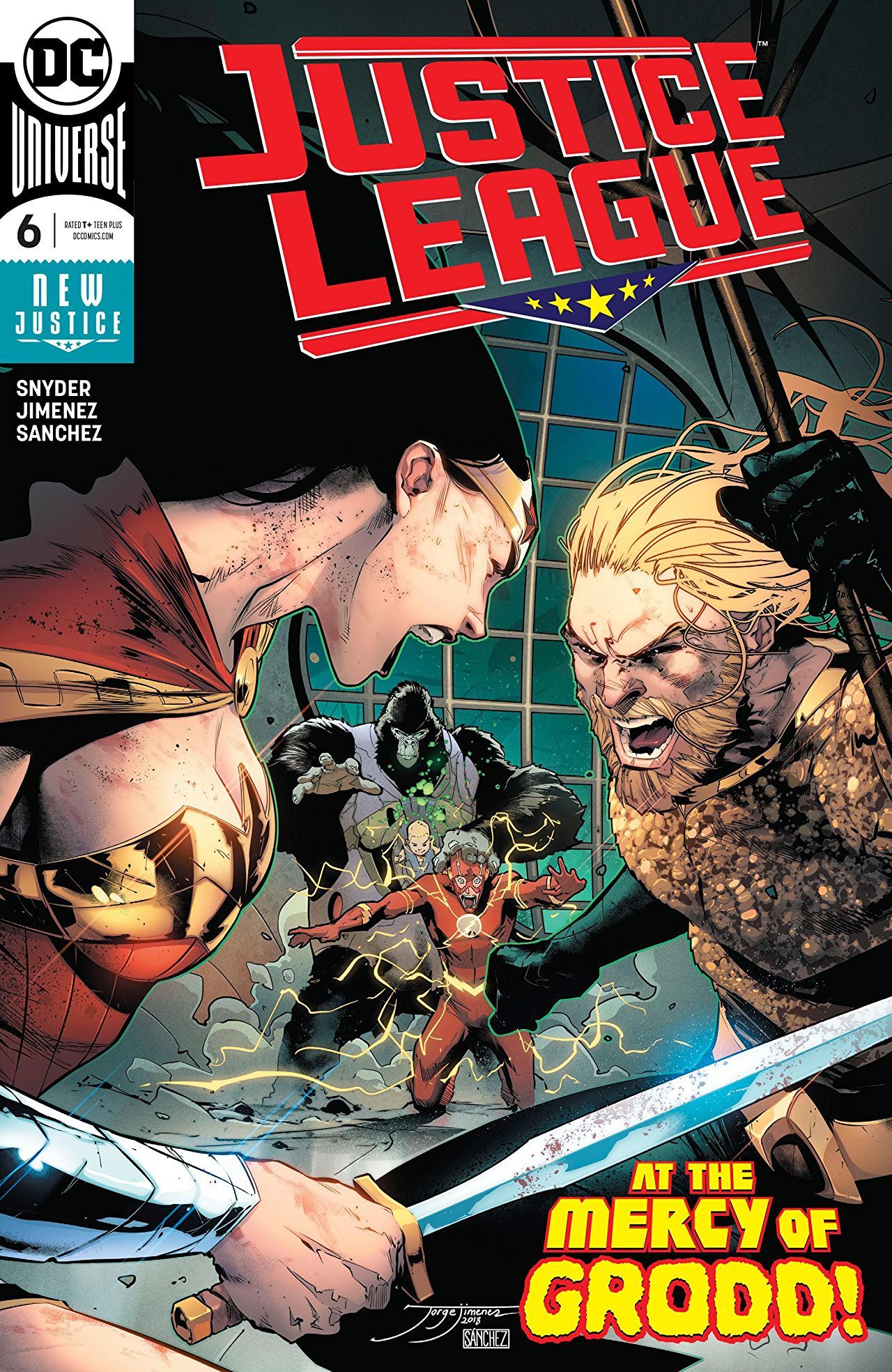 Reading Justice League is like eating Thanksgiving dinner. Snyder’s cooked up a feast of all of our favorite foods, and Jiminez and Cheung bring the dessert we don’t deserve but devour nonetheless.

They fit so much into 22 pages. This issue alone featured tiny Batman and tiny Luthor catching each other’s fade inside of Superman, a sentient planet named Umbrax that fuels the negative emotions of the Ultraviolet corps, Grodd freezing Flash with the Still Force, and John Stewart riding a Speed Force motorcycle around the world over and over and over again a la Christopher Reeve’s Superman.

If this series really was Thanksgiving dinner, every inch of our plate would be filled with carbs enough to put us asleep for the winter.

The main course of the meal is Lex Luthor. He is as determined as ever to accomplish his goals. Homie is always focused, but this dude is embracing his vision so wholeheartedly, that he’s got me inspired. 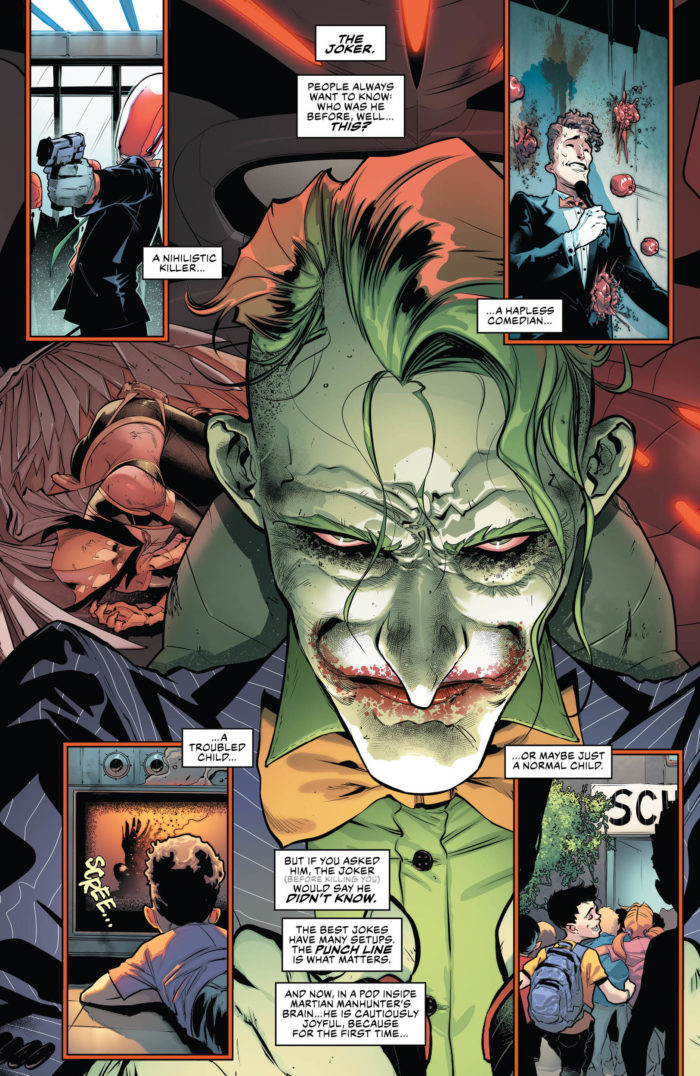 One of my favorite scenes of this issue was a brief but fruitful fight between microscopic versions of Batman and Lex Luthor. You’d think the outcome would be a no-brainer, but like I said, Lex is the turkey and he just came out of the oven. That would make Batman your uncle who’s coming back for his third helping. Bruce got smoked, man. He caught those hands. His beating messed me up and I’m totally aware that none of this is real. Like, when Luthor was done with him his… his legs were bent in the wrong direction, Y’all…

Other than the ass-whooping of the century, this issue continues to push the philosophical themes that I love so much. The Justice League were forced to abandon their strife for justice and embrace the natural order of the universe. We can only guess what that means for their future’s but in the meantime, it was really refreshing to see them take a leap of faith and reveal their vulnerabilities to the world. Basically, in order to stop the Ultraviolet Corps—a corps that feeds off of the negative energies of its members—, the League had to show that they too battle these urges, but they can still control who they are at their core.

This penultimate moment showed our heroes open themselves up to everyone, but most importantly themselves. John Stewart tries to atone for his mistake on Xanshi. Flash slows down to reflect. And J’onn accepts blame for the destruction of his planet and his people. It’s a beautiful pause in the action that’s elevated by a tear-swelling double-page spread by Jorge Jiminez that’s just sooooo *Chef’s Kiss*. The colors, the emotion, the pulp! And just as it looked like the tides may be turning, the issue ended on a cliffhanger to end all cliffhangers. That’s a lie, we’re probably getting another one in issue #7.

Seriously, if you’re not reading this series at this point, you’re doing yourself a disservice. Justice League is indulging us in all our urges and cravings: Conflict, balance, shock, awe, and humor. The only disappointing thing is that each issue has to end.