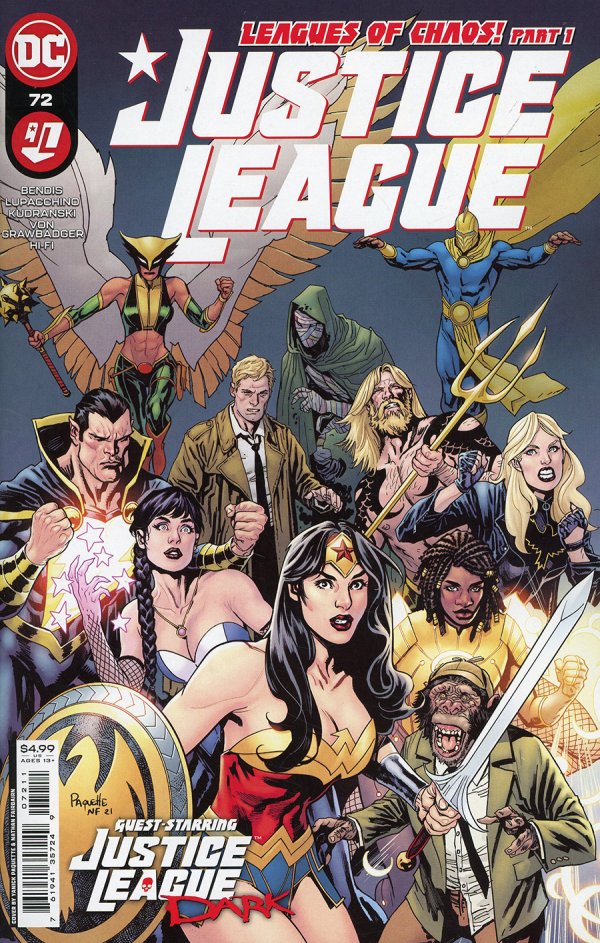 Justice League #72 is about as Bendis-y as one could ask for from a Bendis comic. It’s equal parts talky and violent and wastes no time getting right down to the basic threat. An ancient chaos god has come to our world for….something. The League answers the call but may have bitten off more than they can chew. The book dives right in, suggesting that there’s a lot of story to come. The new villain is playful and talky because Bendis likes playful, talky bad guys, but is no less entertaining. I realize the first chapter of the story has a lot of ground to cover. However, there are some moments where the script could have stopped to smell the roses a bit.

There’s a whole thing at the beginning about the good the League does for people other than beating up bad guys. A team of big guns like this incarnation of the JL could use a few more intimate moments, something that plays up the strong points of Bendis’ trademark dialogue. The artwork isn’t quite as strong as past outings within this series. For a threat so huge, the scale just doesn’t feel as epic as it should. I should have been terrified the second the big bad walked through the door, and there just wasn’t the same intensity the script was trying to sell me on.

Bottom Line: This was a decent open to the story arc but doesn’t pay enough attention to its human moments. “Pretty good” could have moved up to “dope” if the artwork had been stronger during the big scenes.