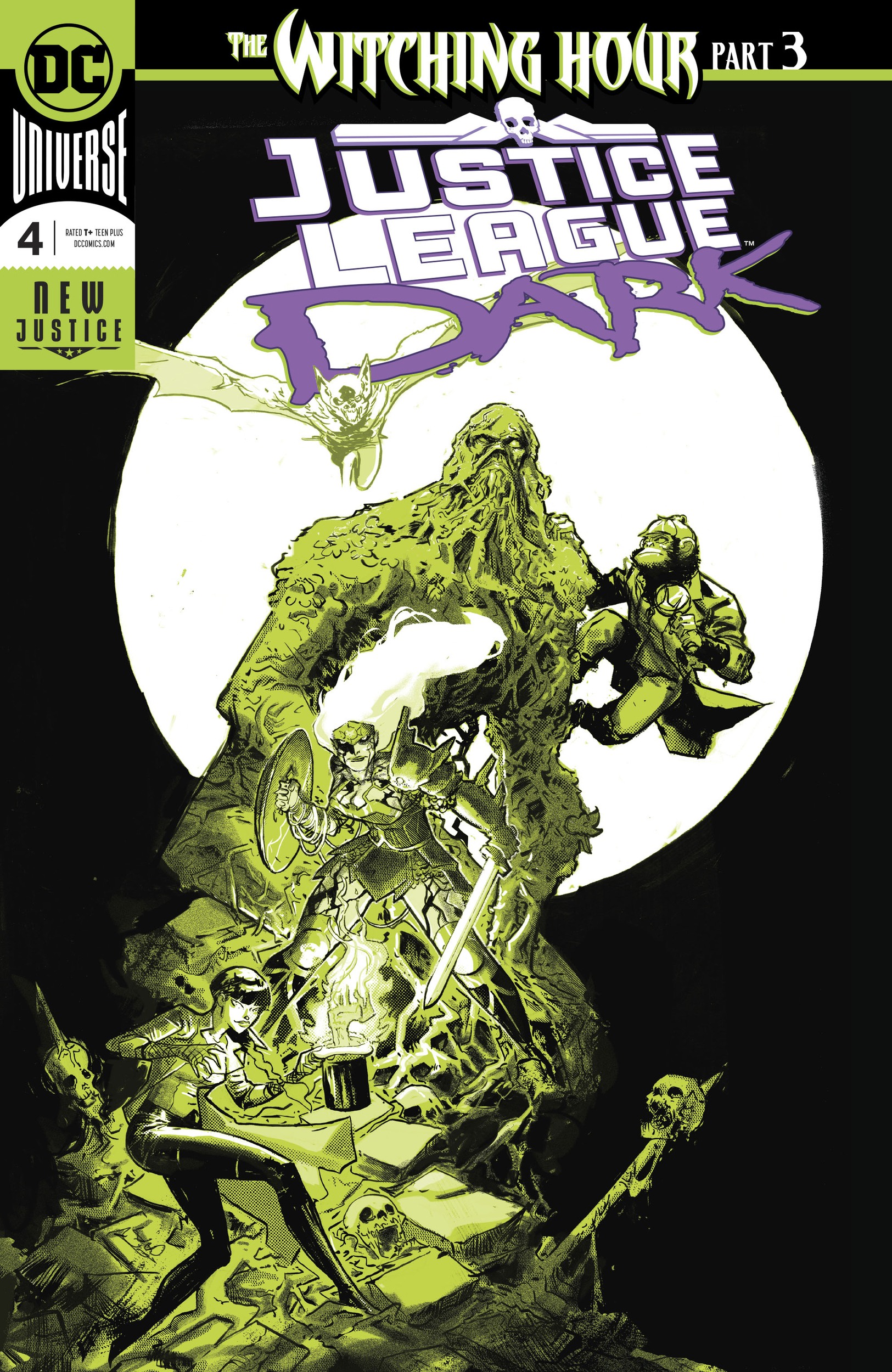 After the set up in Wonder Woman / Justice League Dark #1 and the continuation in Wonder Woman #56, Tynion continues his saga into the secret origins of Diane in Justice League Dark #4. In typical Tynion fashion, the opening segment features an omniscient narrator giving us backstory and insight while Martínez Bueno’s artwork continues to be utterly enchanting in the depiction of the magical arts.

The Witching Hour really hones in on one of the least parsed segments of Wonder Woman: her connection to magic. A lot of the depiction that stick out in my memory are focused on Diane the warrior princess, Diane the diplomat, Diane the empathetic. Magic always seem to be a secondary characteristic of Wonder Woman, but Tynion drags it out to the forefront. Wonder Woman has always been the Trinity’s representative of magic, but now in Justice League Dark we get to see Wonder Woman rock one-fifth of Hecate’s magic and the already imposing figure becomes that much more imposing. 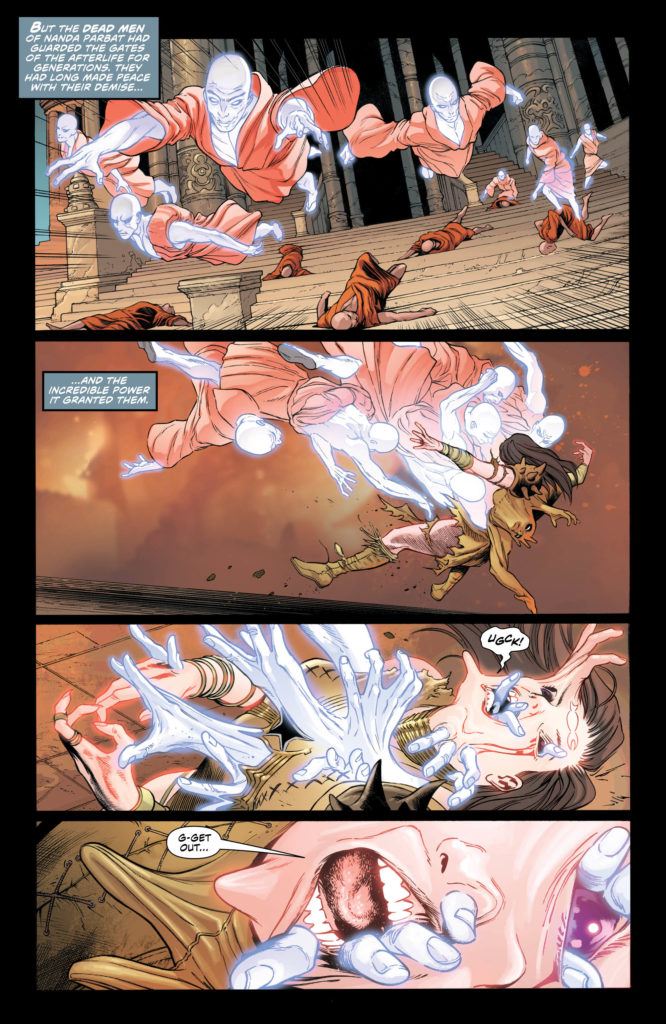 Now, because this is Justice League Dark, we also have a wonderful supporting cast which continues to give me life. This is as oddball of a magical based group that you could hope for between Swamp Thing’s swamp monster bit, arcane expert John Constantine, ghostly spectre Deadman, oddball Dectective Chimp, and odder-ball Man-bat. Oh, and how could I forget, Zatanna who continues to play the lancer to Wonder Woman’s lead and who Tynion uses as a fascinating voice of reason to all the chaos that’s in play. While the focus remains on Wonder Woman, each characters gets a fun little spotlight that brings a temporary reprieve to the horror in play.

Martínez Bueno’s artwork does so much work in creating twisted imagery that jumps out from the page. There is an innate sense of scale that is hard to verbalize in how Martínez Bueno crafts set pieces and depicts magical effects, but the end result is truly larger than life.

As the stakes continue to rise, Tynion continues to distill the best of the magic in the DC Universe and give us an explosive rising action as the The Witching Hour persists.