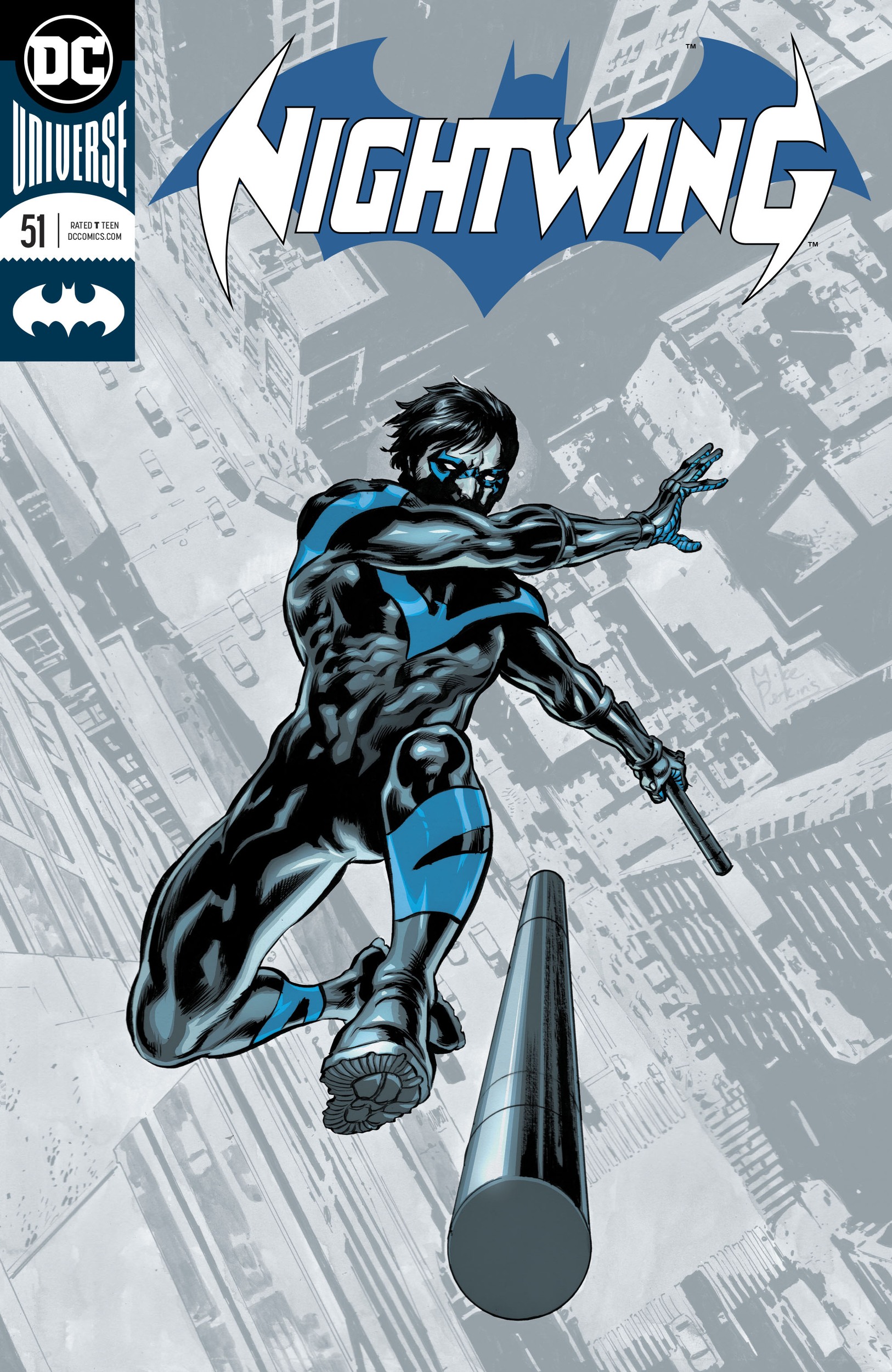 In superhero stories, there is a very tenuous relationship between superheroes and the cities that they protect. At the earlier points in the relationship, the city readily rejects the superhero thinking they will be more trouble than they’re worth. At later points though, if the hero were to leave, the city would inevitably suffer. This is the opening thoughts of Lobdell and Nicieza as they present Blüdhaven’s Detective Sapienza investigating the torched remnants of the Nightwing bunker. This sets up one of the recurring themes of the particular arc.

Dick Grayson…sorry, Ric Grayson is still very much recovering from the bullet to the brain and having vague flashbacks to his old life. Moore and Brown do a fantastic job switching off art duties, as they jump from faceless night terrors of Batgirl and Robin to Rick Grayson waking up in a film noir version of his life. Seeing Grayson so cavalier in his self-imposed isolation continues to be just the right type of off-putting for this arc, especially when we see the familiar face of Mr. Pennyworth trying to keep a watchful eye on Ric. 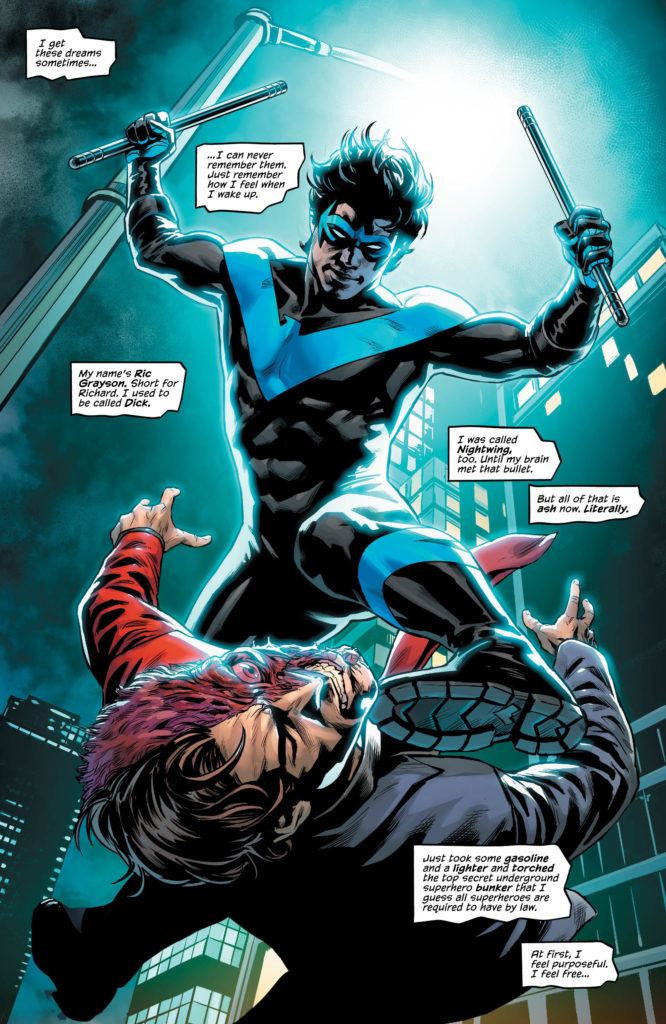 The new taxi driver beat definitely fits this particular narrative as does the Scarecrow’s machinations in the background. Unfortunately for Nightwing #51, these are the exactly similar beats we dealt with in Nightwing #50. There is no further analysis, no deeper cut than what we got in the last issue. We covered this ground, and the additional texturing on Ric Grayson’s existentialism doesn’t add depth. Now, it’s still a fun issue to read and has some great moments, but as a whole it’s not nearly as strong as the previous entry.

To reiterate, Moore and Brown’s artwork is fantastic, and the switches between artist highlight the different scenes brilliant mini-arcs that Lobdell and Nicieza set up, even if the content isn’t the greatest filler. I’m hoping the next issue will bring some of the spark back to the series, because this one dragged just a little.