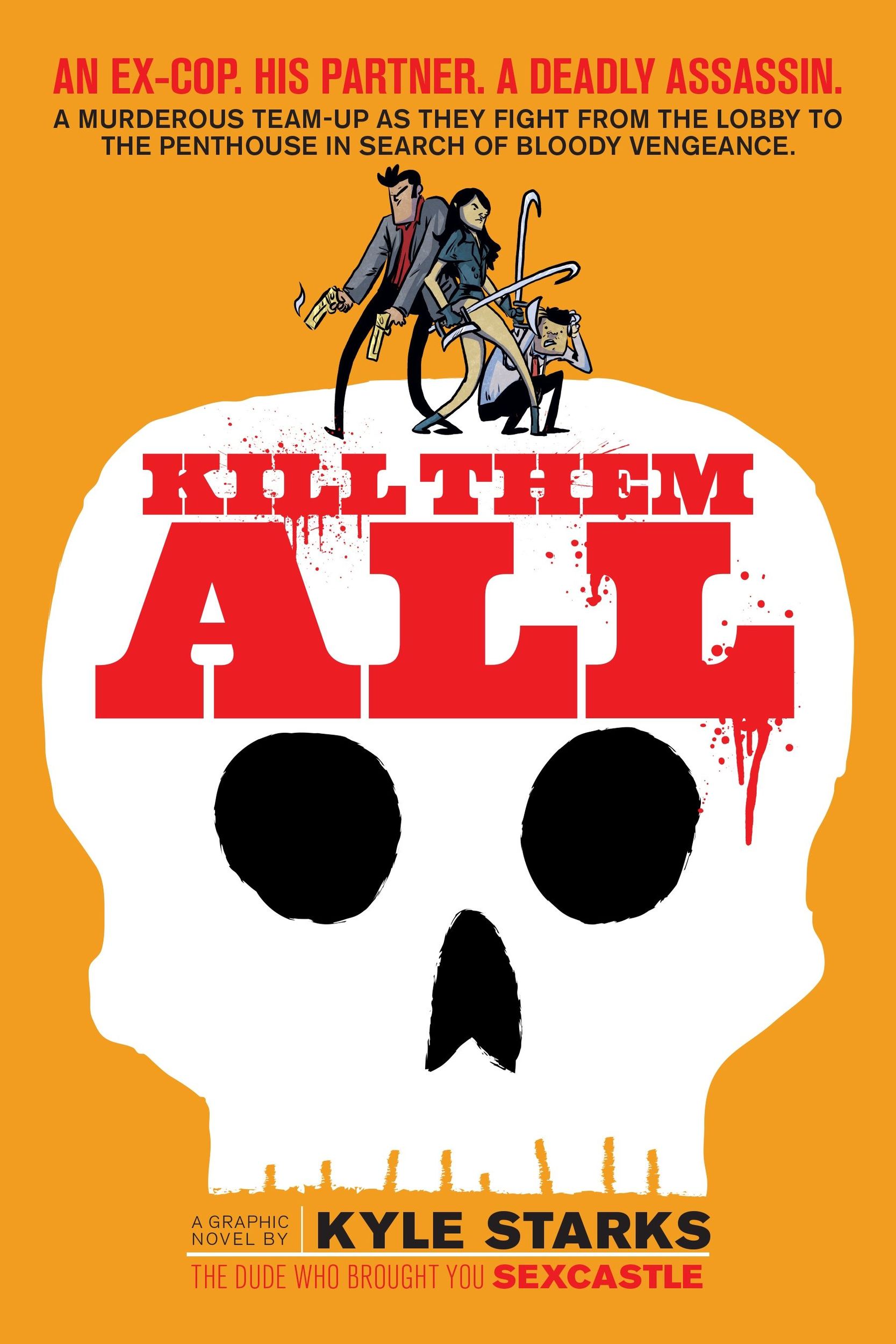 I fucking love this graphic novel. Period. Kill Them All is the perfect blend of comedy, intricate hand-to-hand fights and shootouts that somehow manage to finesse heart and depth into the equation. Some creative projects and teams just get it when it comes to flipping cliche action adventures. In Kill Them All, Kyle Starks gets it and delivers in full.

The adventure starts at the root of most things. Male fragility. Our lead character, Tiger’s Daughter, is a woman that happens to be the top assassin at a rather public conglomerate crime cartel named after their boss, Requin. Tiger’s Daughter breaks up with her shitty boyfriend who, in retaliation, lies to Requin, saying TD has been working with the cops to bring down the cartel. TD is labeled a traitor, fired, and gets thrown out of her apartment. TD then sets off for some payback. 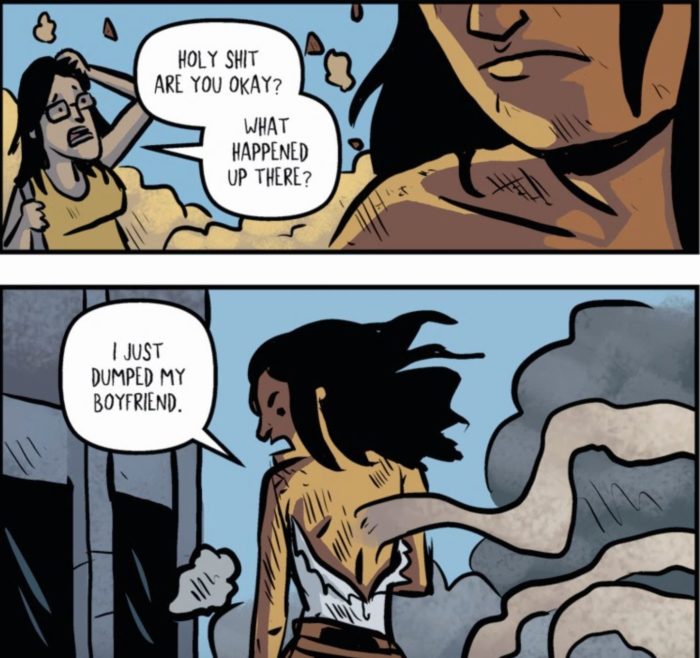 Kill Them All Gets Even Deeper Tho

We are next introduced to Detective Khan who is trying to help out ex-cop Mason Iruka. Mason has been fired and all he wants to do is be a cop again. My man is doing the most until Khan says he has an idea that’ll land Mason back at his job. That idea stems from a bunch of shady characters that are now in town and heading toward (you guessed it) Requin Plaza. Happenstance takes the wheel when our buddy cops meet Tiger’s Daughter and shit get’s flames.

Kill Them All isn’t reinventing the wheel when it comes to action but it makes so many smart choices and twists along the way. First off we got people of color as the lead characters, a physically disabled character, and a woman leading. These aren’t your default, cookie-cutter characters and neither is the dialogue. Dude, the dialogue alone will have you dying. The way Khan, TD, and Mason interact with one another is hilarious. Especially when it comes to the fisticuffs or bringing that pain.

No Graphic Novel Should Have All That Action

The art at first seems cartoonish or sweet but it’s all a trick. Once we see the first set of hands thrown, it’s all out gritty shit from there on. Starks does a beautiful job at making the ridiculous look awesome, and the action scenes come to life. The fight scenes are worthy of a Rick Flair “Wooo!”. Luigi Anderson’s colors stand out and make violence looks so damn beautiful. I dunno how they made this novel so funny and gully at the same damn time.

The shootouts are unique and humorous, again, due to dialogue and reactions not only from our cast but their opponents as well. This shit really feels like The Raid’s action meets Community’s banter as you read it. There are so many great spots in the fights and intricate ways that Starks’ visuals and angles to really make the gunfights larger than life. Some scenes I can’t even describe, you honestly just have to see it for yourself. I mean, look how cold this shit is, man.

This is a graphic novel you need in your life. It’s a different type of familiarity that everyone can appreciate. We get a throwback to 90’s Die Hard aesthetic with the main villain, colorful mid-bosses, and disgruntled employees taking on our heroes for the corner office with the window. There’s so much fun to be had reading Kill Them All.

Starks did an excellent job balancing the humor and violence that when the heavy depth, heart, and narrative surprises appear, you’ll be left thinking he’s a magician. I want Kill Them All in video game format and on film asap. Cut the damn check.