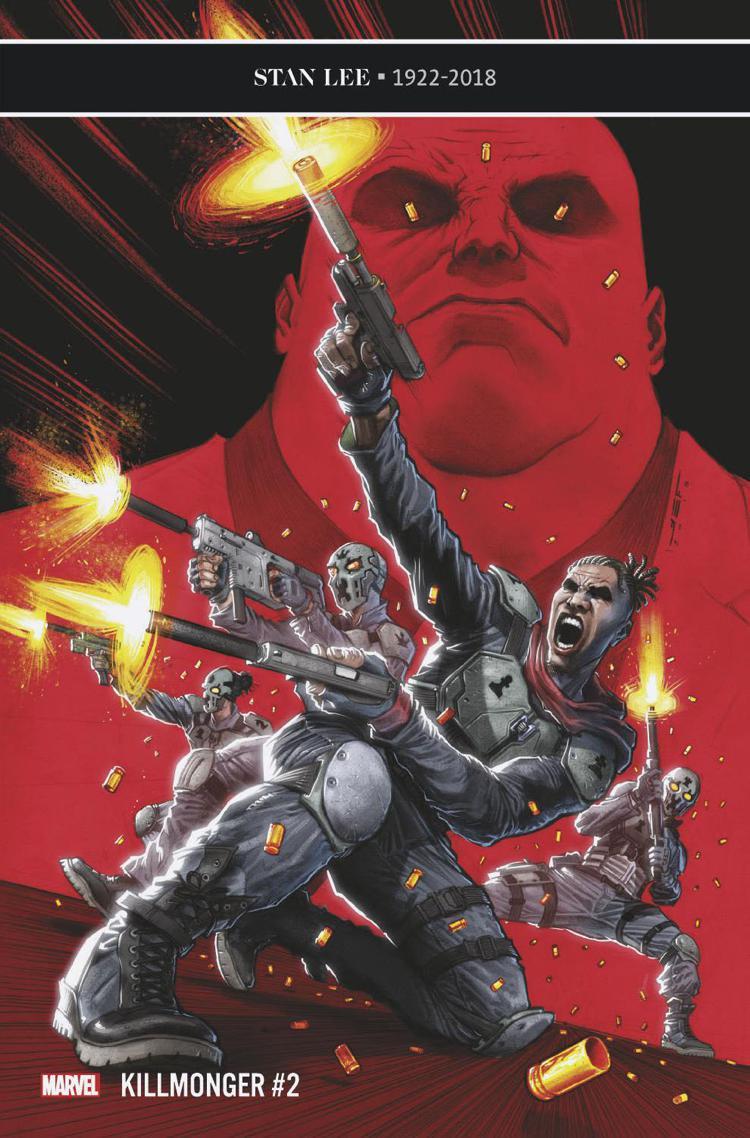 Y’all, I want to be able bring the same energy to this review of Killmonger #2 that I had for that of #1. I want to tell you I am every bit as excited about the backstory and layers Bryan Edward Hill is bringing to this iconic piece of the Black Panther mythos that will be spoken about for years to come when the next writer brings the next hot take on Erik Killmonger. I want to tell you that this book is killin it. But this week, I would be telling a boldfaced lie.

The first issue employed a lot of callbacks and nuances reminiscent of the movie to pull us in for what promised to be a thoughtful retrospect on what it takes to build a character that has recently been mined for his more compelling ideologies and quirks. Issue #2 spends a lot of time squandering that with a nigh-meaningless gunfight, a lot of sitting around looking cool, and an appearance from Bullseye. Oh and an old white guy spends a lot of time waxing poetic about being angry, particularly about a traumatized black guy being angry. 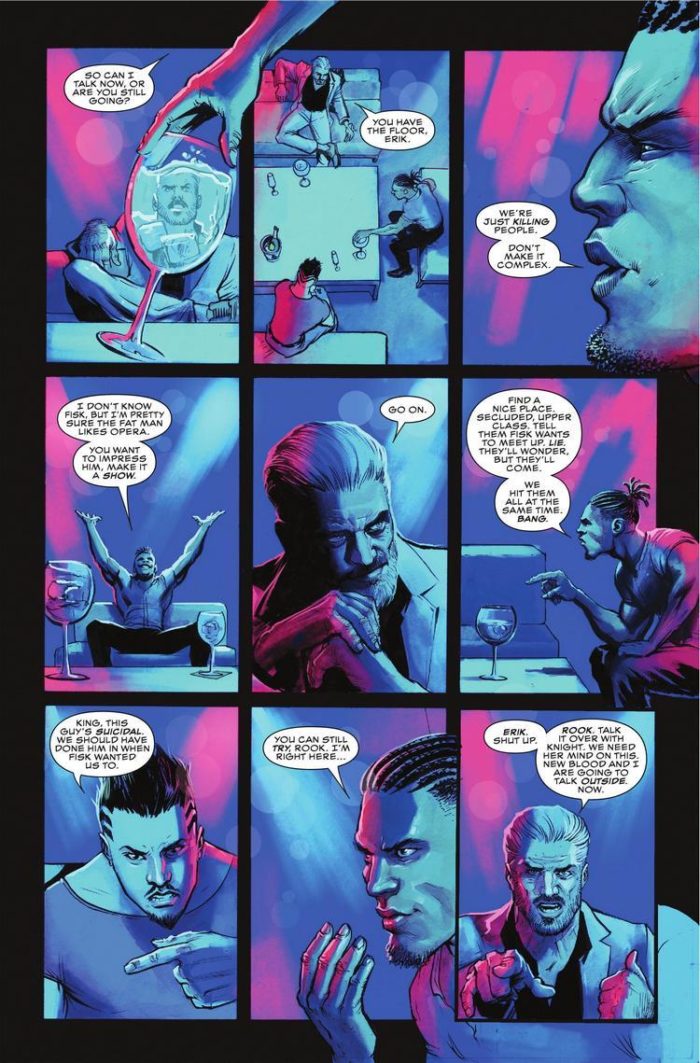 From one issue to the next, all of the peripheral characters seem to just willingly sidestep any personal motivations they might have had to suddenly become Erik’s intellectual and/or emotional labor during his quest for revenge. Virtually everything about this book that gave the first issue its bite is bizarrely absent in the second. I was so marginally entertained, I can’t guarantee I wasn’t asleep with the book on my desk and dream up everything up until the last couple of pages. Juan Ferrerya’s artwork prevails as one of the book’s primary saving graces. In fact, I would argue that his linework improved with this issue only to be underused by Hill’s timid script. There aren’t a lot of iconic, memorable panels and this book really only has the plot to blame.

Bottom Line: This book showed a lot of promise but the amount of missed opportunities to set “Year One” Killmonger apart from other villainous backstories sent its stock sliding south faster than the Cowboys’ playoff chances. It’s not unsalvageable but anyone who has already invested in this book early won’t see much intellectual return.