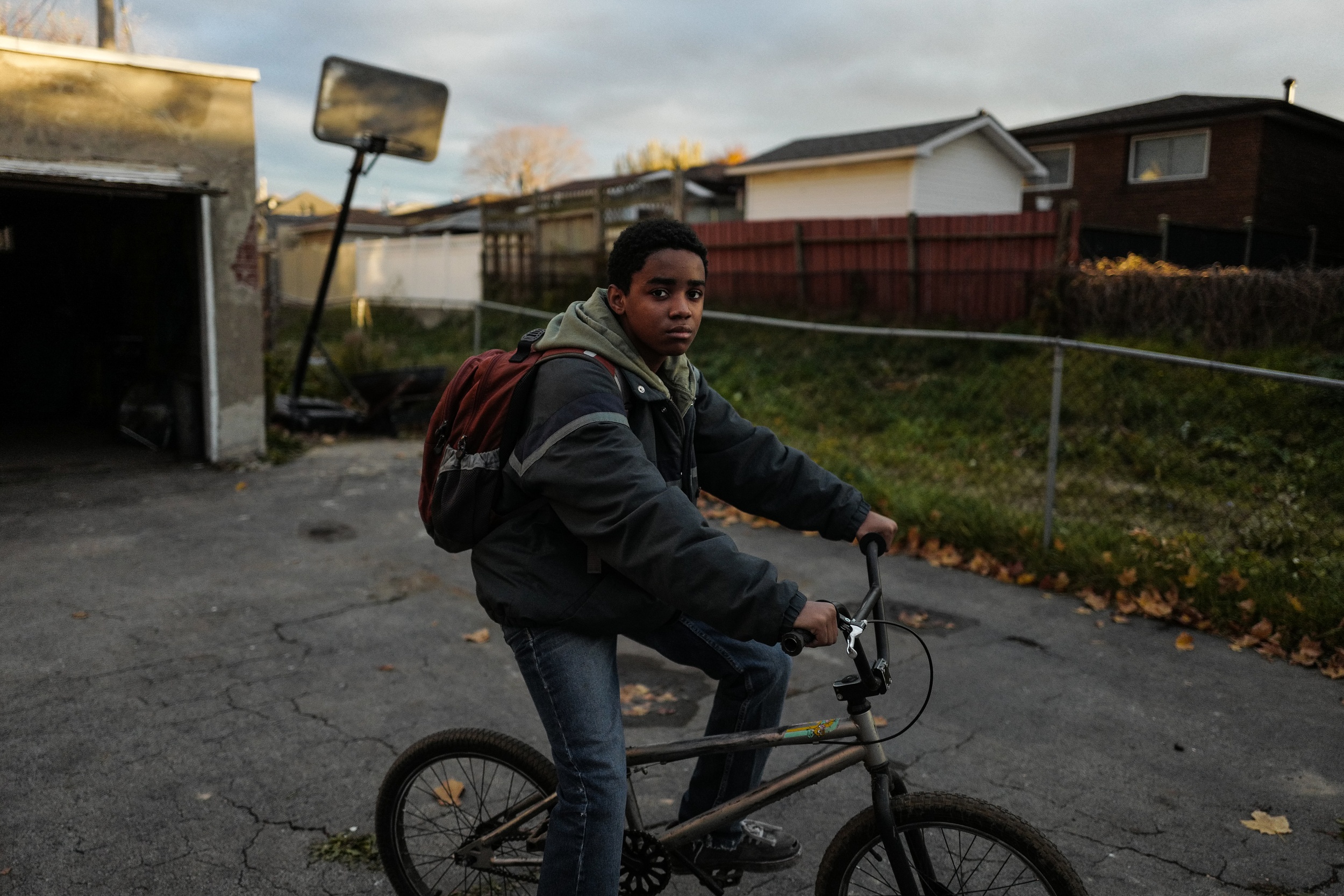 It’s hard to keep track of all the odd features and misfires of Liongate’s KIN, written and directed by brothers Jonathan and Josh Baker. Start with the premise itself, as a shy boy stumbles across an alien gun whose origin is hardly, if ever, revealed. Continue with the fact that the gun has no resonance with the plot itself for most of the film. Take the cast of stars, whose characters’ bizarre actions beg the question, “did they owe someone a favor?” But worse of all, end with the mind-boggling redemption and salvation of the character who leads the shy boy on a path of corruption without any genuine act of redemption. Mix well, and you have some idea of the sci-fi paint splatter that is KIN. Lionsgate’s sci-fi mystery family drama suffers from a lot in its identity crisis. 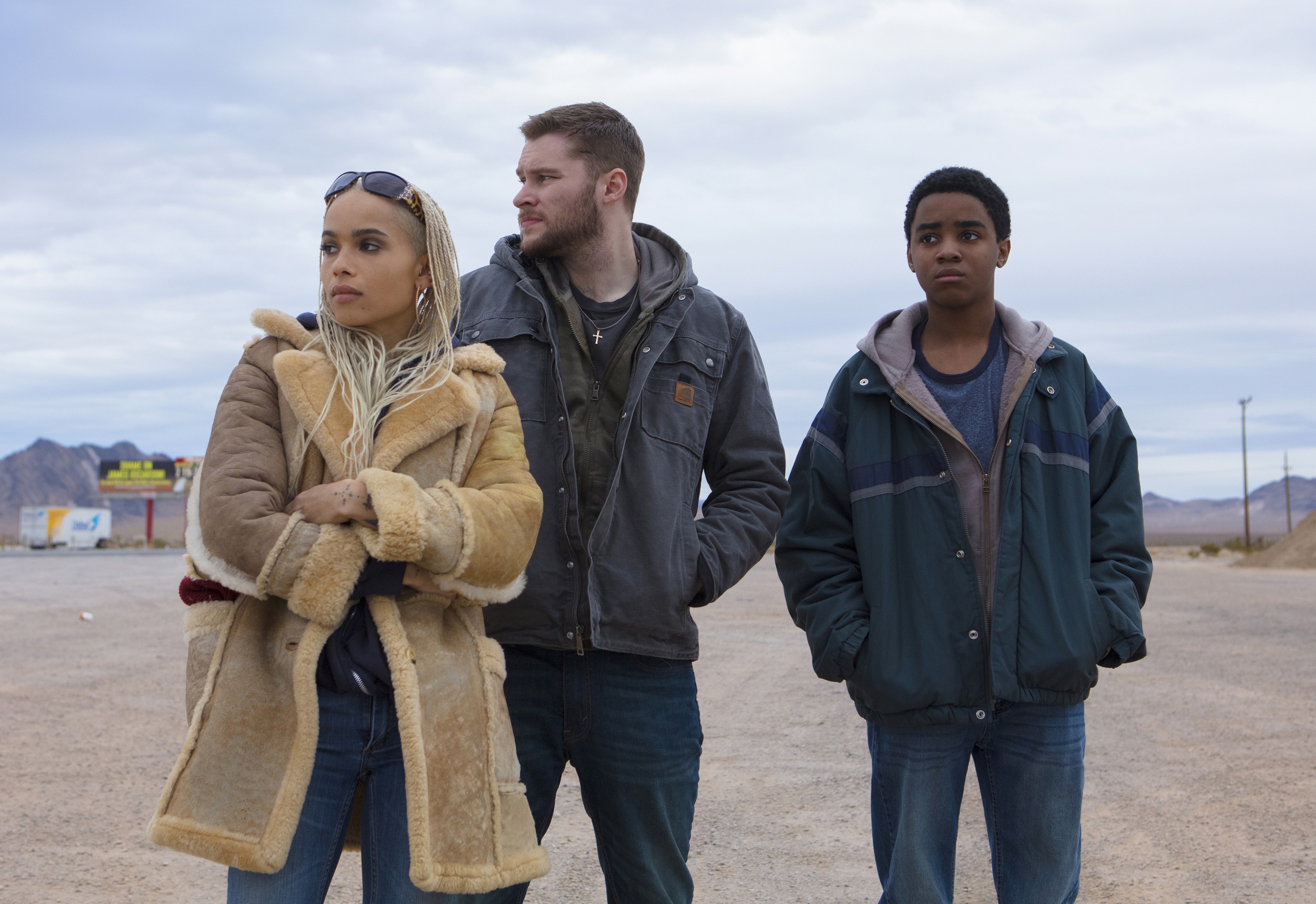 Set in Detroit, Michigan, an adopted boy, Elijah (Myles Truitt), is raised by his single white father Hal (Dennis Quaid) in a blue-collar home. When Hal’s biological son Jimmy comes home from prison it’s clear that he is Hal’s biggest disappointment, and he warns Elijah to be careful around his older brother. Of course, this sets the stage for the upcoming adventure that Elijah and Jimmy have together as they road trip across the country after a robbery gone bad, taking pit stops at strip clubs and casinos on their road to freedom.

That’s the best we can make sense of; few decisions make much sense in a setup led by a buffoon and a personality-less child. The rest of the film plays out like an alternate dimension Breaking Bad, where Elijah — the shy Black boy — is led through the world of violence, robbery, and lies by way of his white older brother. 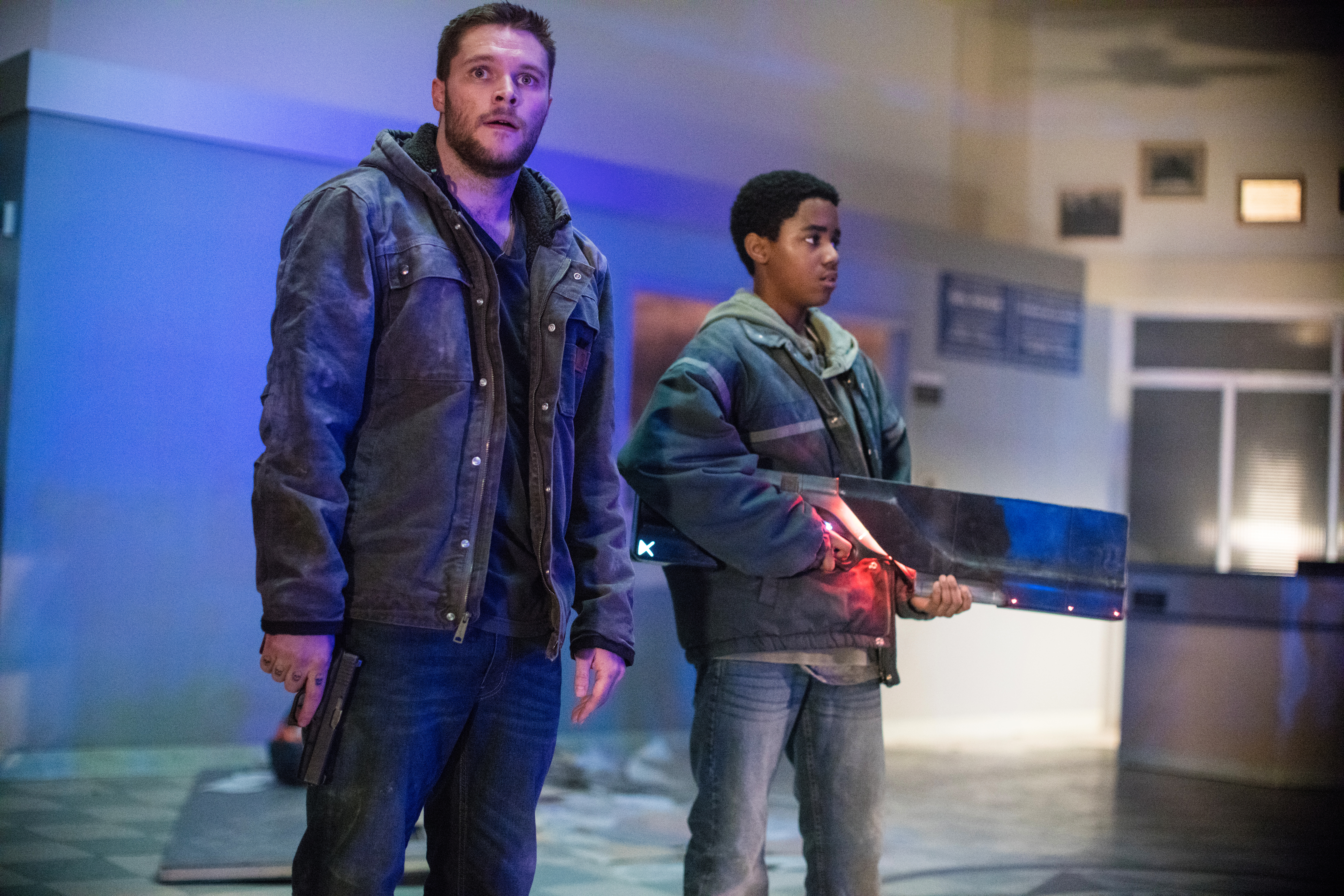 The twist is the sporadic sci-fi tint in the form of a futuristic blaster that Elijah found while scrapping for metal in abandoned buildings in Detroit. The gun has various functions that are often known (though it is rarely explained to the audience how they’re known) and spin the plot in a new direction: imagine if Walter White, new to crime and in over his head, had an alien blaster gun with which to face his enemies. The gun comes with an unseen threat though, as the original owners are tracking the gun with futuristic technology, following Elijah and Jimmy as the brothers flee their enemies.

The futuristic technology is a bright spot worth noting in a film that otherwise plods along slowly, confusingly, and often painfully. As two masked people track Elijah and Jimmy you’re left to wonder who or what they are, and where they’re from: aliens from another planet? Time travelers? Alternate dimension versions of Elijah and Jimmy themselves? The answer is slow to come and disappointing when it arrives, a twist unworthy of the time enduring to earn it, but the technology itself is creative with well-rendered special effects. 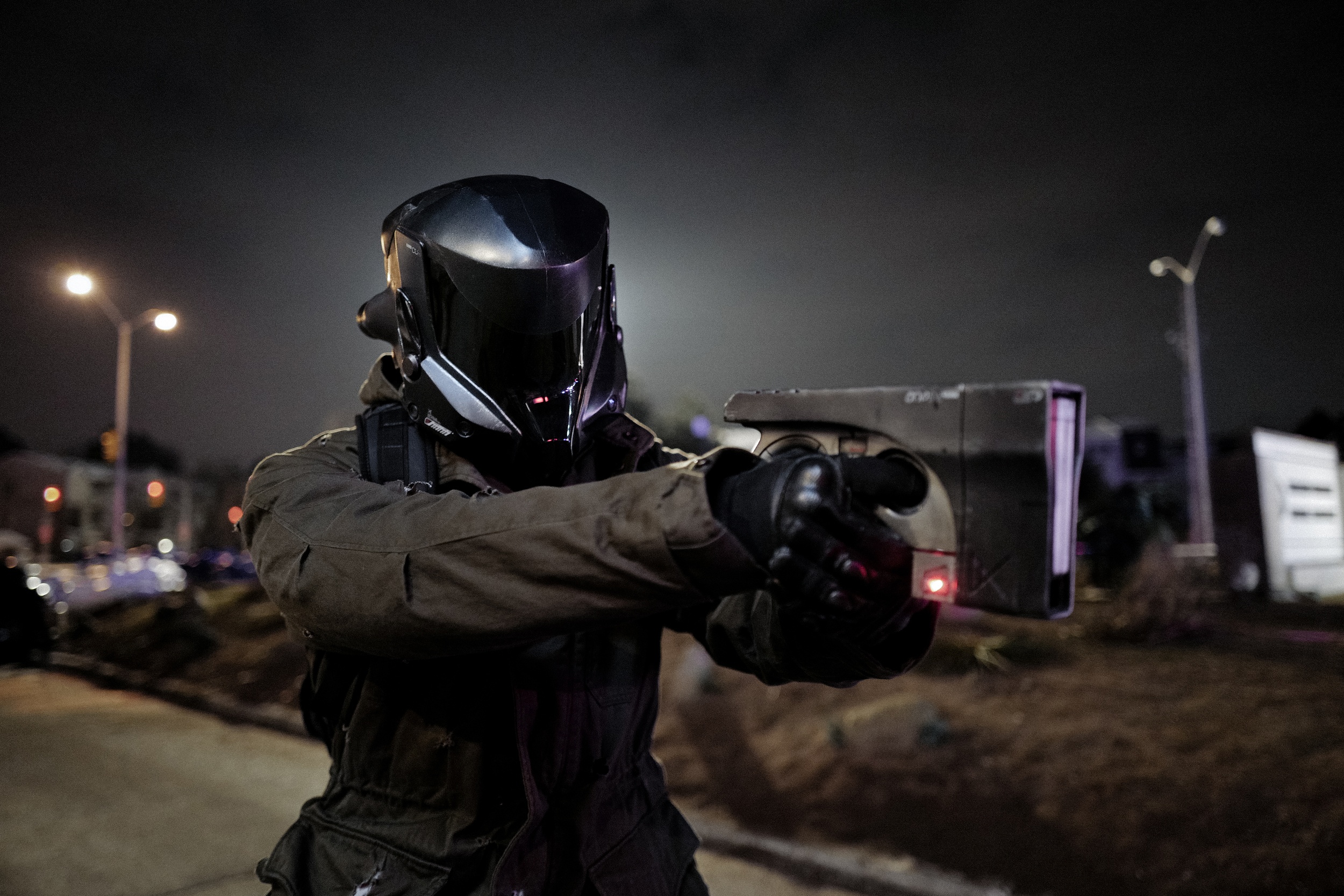 If one were to be pedantic though there’s enough wrong with KIN to drive a sane person mad. Elijah is a boy with little personality or motivation, a paper cutout of a young teen, the type to be frightened in a vacant building but yell “Hello? Is anybody there?” Elijah, Jimmy, and the woman they pick up on the way (Zoë Kravitz) are on the run from the law and those who want them dead, yet they stop at places like Las Vegas, one of the most heavily-monitored places in the world.

Worst of all, Jimmy is a terrible person whom we’re meant to offer our unearned sympathy in one of the the weirdest redemption arcs in recent memory. Ninety percent of the movie’s secrets are revealed in the final ten minutes. Those are secrets I won’t spoil here, but suffice it to say that KIN could’ve spent less time relying on its finale and more time bolstering the people and events that led up to it. 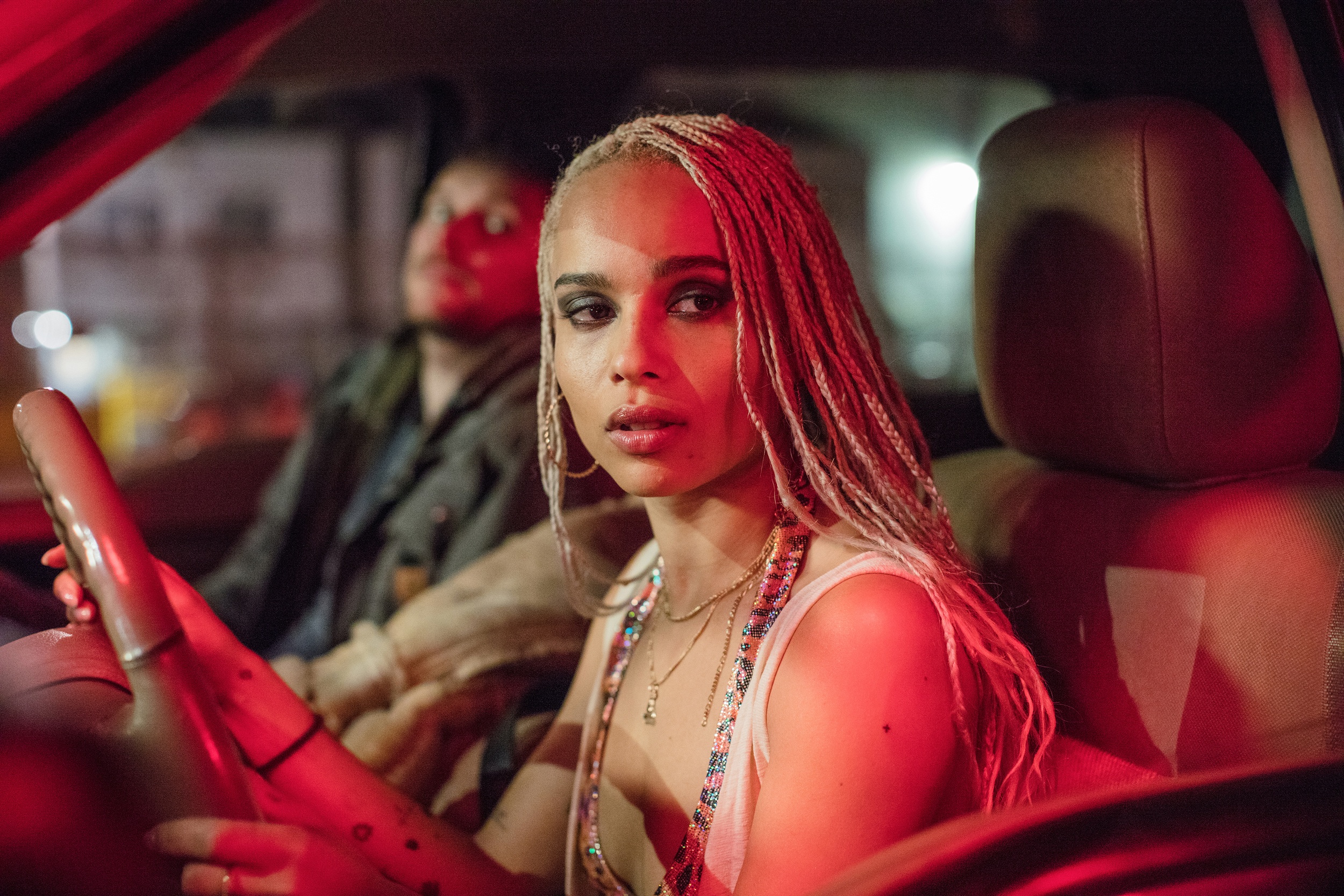 Overall, KIN views like a 2-hour prequel meant to whet your appetite, but instead is a foul-smelling warning to stay away from whatever comes next. If the writing in KIN is any indication of more to come, consider yourself adequately forewarned — that, at least, KIN does well.