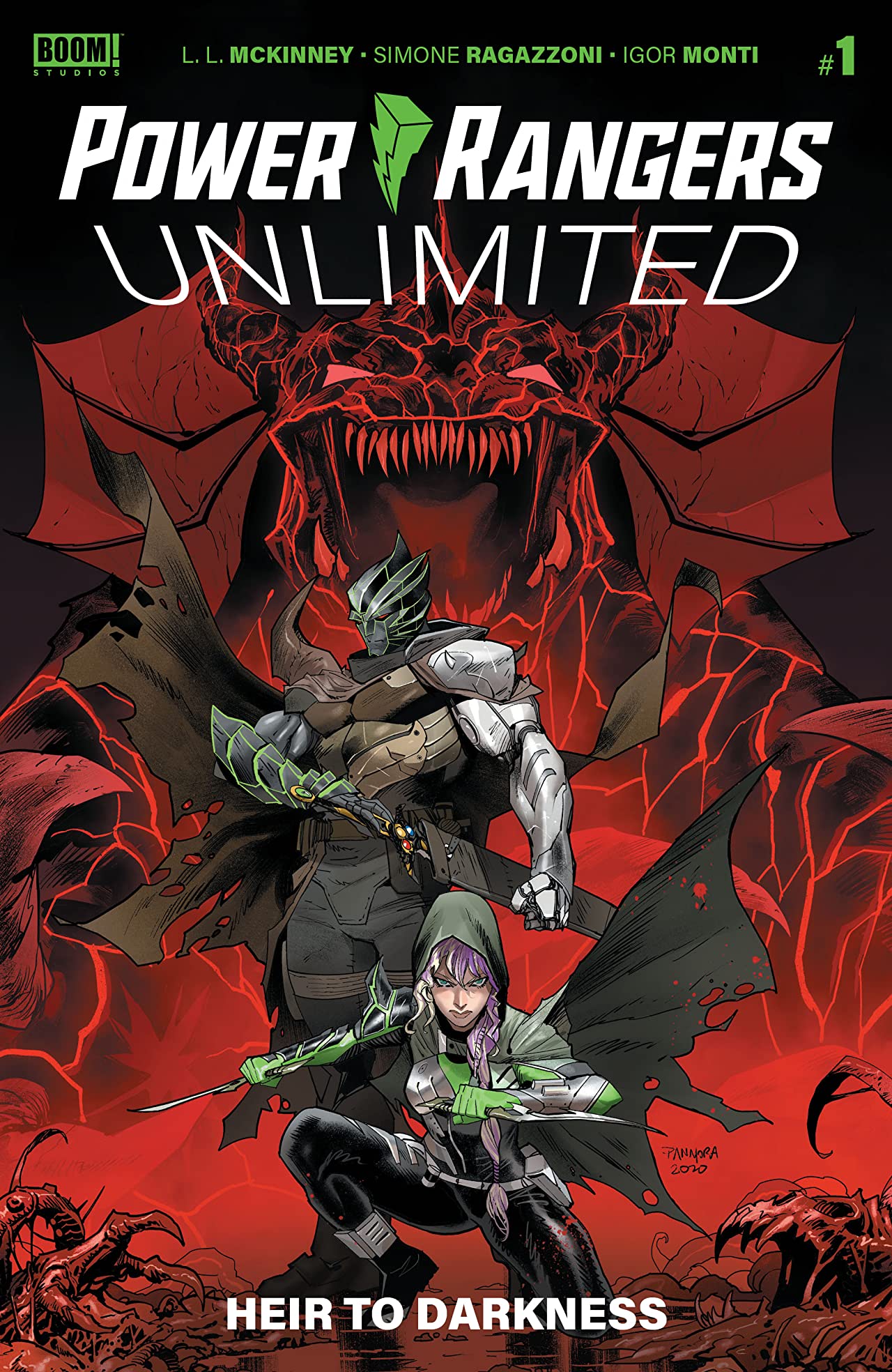 As someone whose knowledge of the Power Rangers is mostly situated from the era of Mighty Morphin’ and that one movie with Ivan Ooze, I’ve always had an appreciation for the franchise and have kept passive tabs on the series throughout the years. Lot of it would come down to seeing the latest advertisement on Disney or wondering why the 2017 movie was so much better than it had any right to be, and looking fondly at the multitude of Power Rangers comics sitting on my local comic book shop’s shelves.

This week though, I took a shot on a new number one (as one should always strive to do) largely because 1) L.L. McKinney is fantastic, and 2) it’s a pretty incredible cover.

Power Rangers Unlimited: Heir to Darkness #1 is an origin story for one of the antagonists in Power Rangers in Space, Astronema. The 40-page comic gives us a glimpse into her life before the events of the series. So as someone uninitiated to this slice of the world, I only have a vague notion of the trajectory but as a fan of comics, I am very certain this is a well composed comic.

From the first page, Astronema emanates such a wonderful presence, a result of McKinney’s fantastic writing and Ragazzoni’s stellar artwork. When it comes to introductions, it’s hard to beat your villainous protagonist having just stabbed a Red Ranger in the chest and then proceeding to mop up the rest of a team.

Even lacking awareness of the deep lore of the series, I was still able to appreciate the self-contained narrative arc, largely due to the fact that there is enchanting dialog, an internal monologue, and the mesmerizing artwork. Astronema sans any prior knowledge is still a fascinating character to watch operate in a world where you know she’s stands opposed to the traditional good guys and seeing how she became situated in this evil galactic empire is honestly very enjoyable. McKinney’s writing, in addition to being direct and fun to follow, also gives plenty of opportunity for Ragazzoni’s artwork to breathe.

This character study is efficient, effective, and enjoyable. The passion the creative team has for Astronema is evident, and there are probably plenty of things that more dedicated fans will find to love and adore about this comic. But even if you are unversed in the greater universe of Power Rangers, I still think this is a comic worth your time.

Also, check out our interview with L.L. McKinney about working on this new comic.