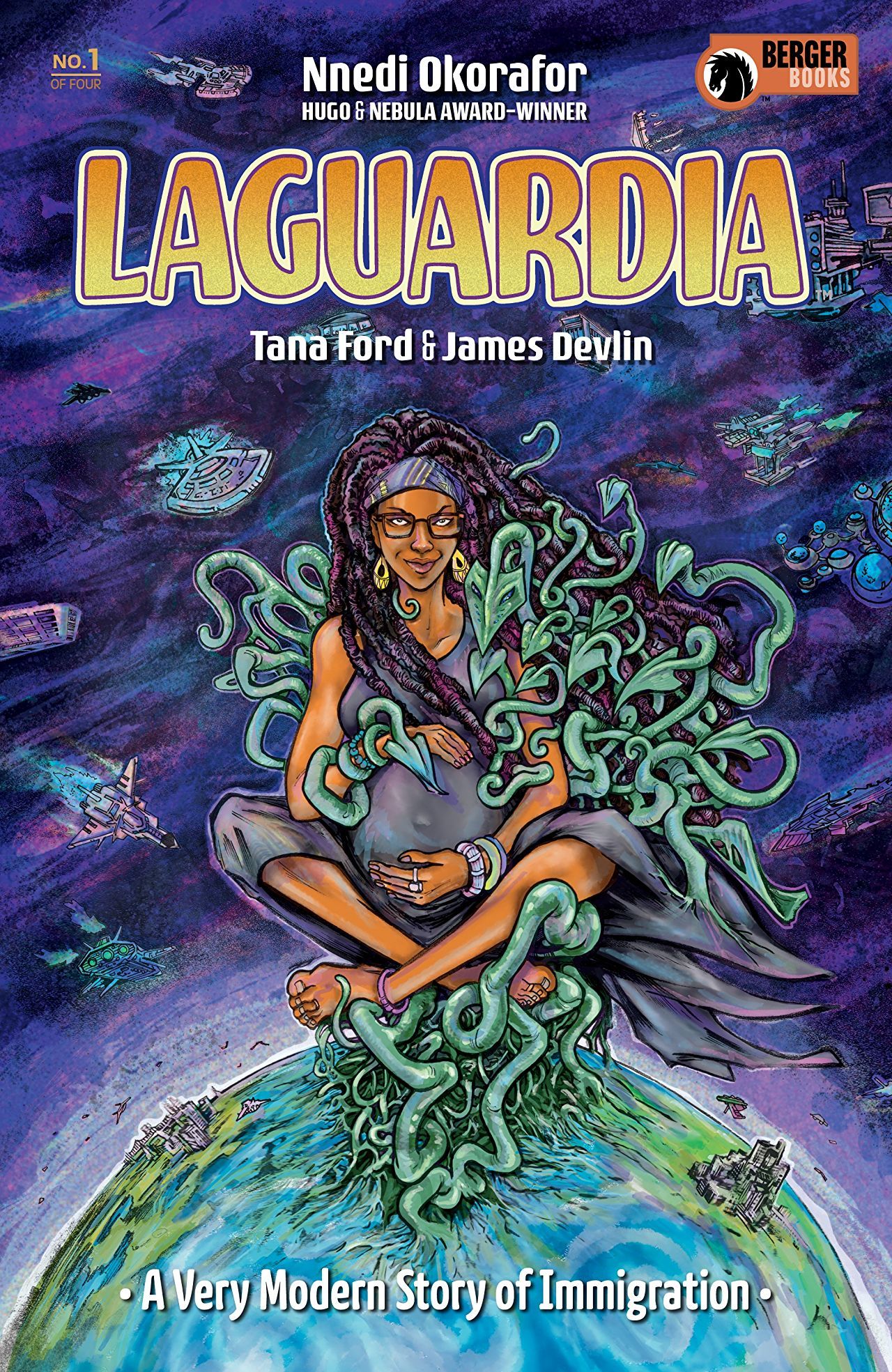 We know Nnedi Okorafor can write anything she puts her mind to. She’s a multi-threat creative, with Hugo, Nebula, and World Fantasy Awards for her fiction, an HBO deal in the works to adapt her stellar novel Who Fears Death into prestige television, and a growing stack of Black Panther/Shuri comics to her name. Oh, and she’s a professor and lecturer. Okorafor clearly stays busy.

The setting is fantastic: Aliens have landed on earth, first through the port of Lagos, Nigeria (the setting for Okorafor’s Lagoon) and now spreading as immigrants throughout the world. This is not an easy, seamless immigration, neither in Nigeria or America. The story centers on Future Nwafor Chukwuebuka, a Nigeria-American doctor who’s returning to New York pregnant from Lagos, leaving behind a concerned boyfriend/baby daddy, Citizen Raphael Nwabara. Travelling with Future is an alien sentient plant, which names itself Letme Live. Just from the names, you can see the direction this story is going. Future. Citizen. Letme Live.

The stories of Future and Citizen move on parallel tracks as anti-immigrant sentiment grows on both sides of the Atlantic. Common to both is a strong, confident character style. Okorafor creates these characters so well, so quickly, their attitudes are so genuine, and their speech peppered with Nigerian-style exclamations. 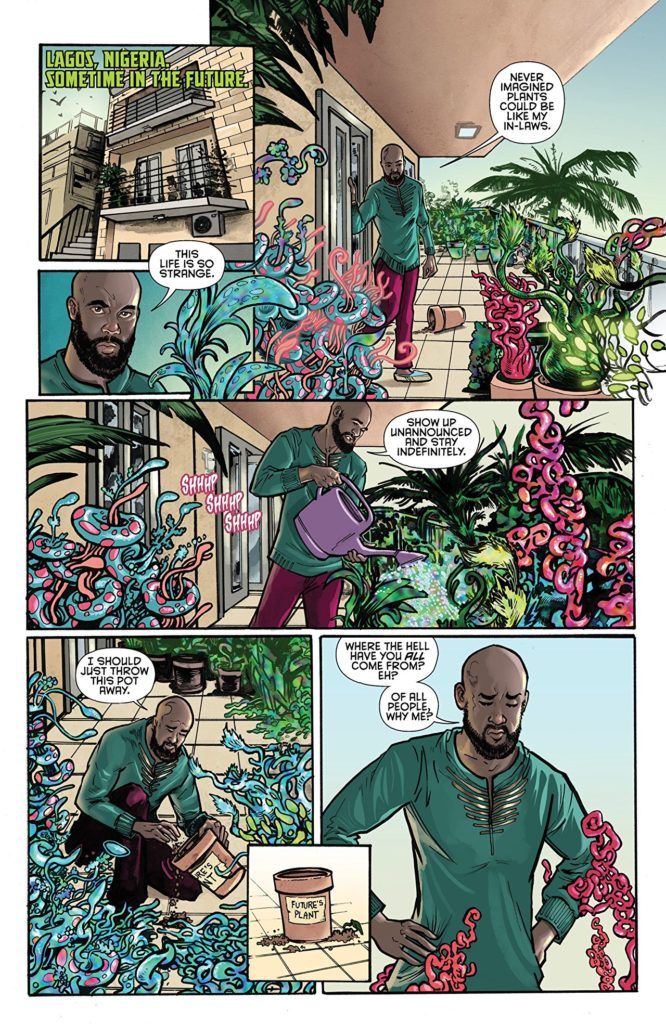 The art by Tana Ford keeps up well, providing strong silent panels of emotion to go with the strong characterizations. Ford and Okorafor worked together on Black Panther: Long Live the King #6. Together with colorist Devlin, Ford does a great job of bringing dark-skinned Black folks to the pages, surrounded by African art and clothes. Future has almost floor-length locs, which look distinctively different from her grandmother’s greying braids. The attention to the detail really pays off in an immersive colorful comic.

By the end of the issue, Future has re-united with her grandmother in the Bronx and is settling in with her unborn baby and her alien plant roommate, while Citizen is getting pulled deeper into the unrest in Lagos. The best section, both artistically and politically, is when Future is going through customs and has a run-in with an oblivious white girl child. I have long locs myself, and let me tell you, you can see the hair-pull coming by the twinkle in their eyes, but even that doesn’t make it easier. This comic captures that experience *perfectly*.

Laguardia will be a satire and commentary on immigration, anti-“alien” sentiments, and American-ness, among other themes. I wouldn’t call it a subtle commentary. As Okorafor says in her letter closing out the issue: “…it’s pushback, it’s playful shenanigans, it’s looking forward, and it’s trickster tendencies all rolled up into one narrative. It’s metaphor and it’s literal.” Familiarity with the rest of Okorafor’s work will definitely increase your enjoyment but isn’t necessary. If on the nose social commentary with your alien sci-fi all mixed with an evocative African vibe is your speed, along with strong Black characters, I can recommend keeping up with Laguardia.

8 tentacles and locs out of 10