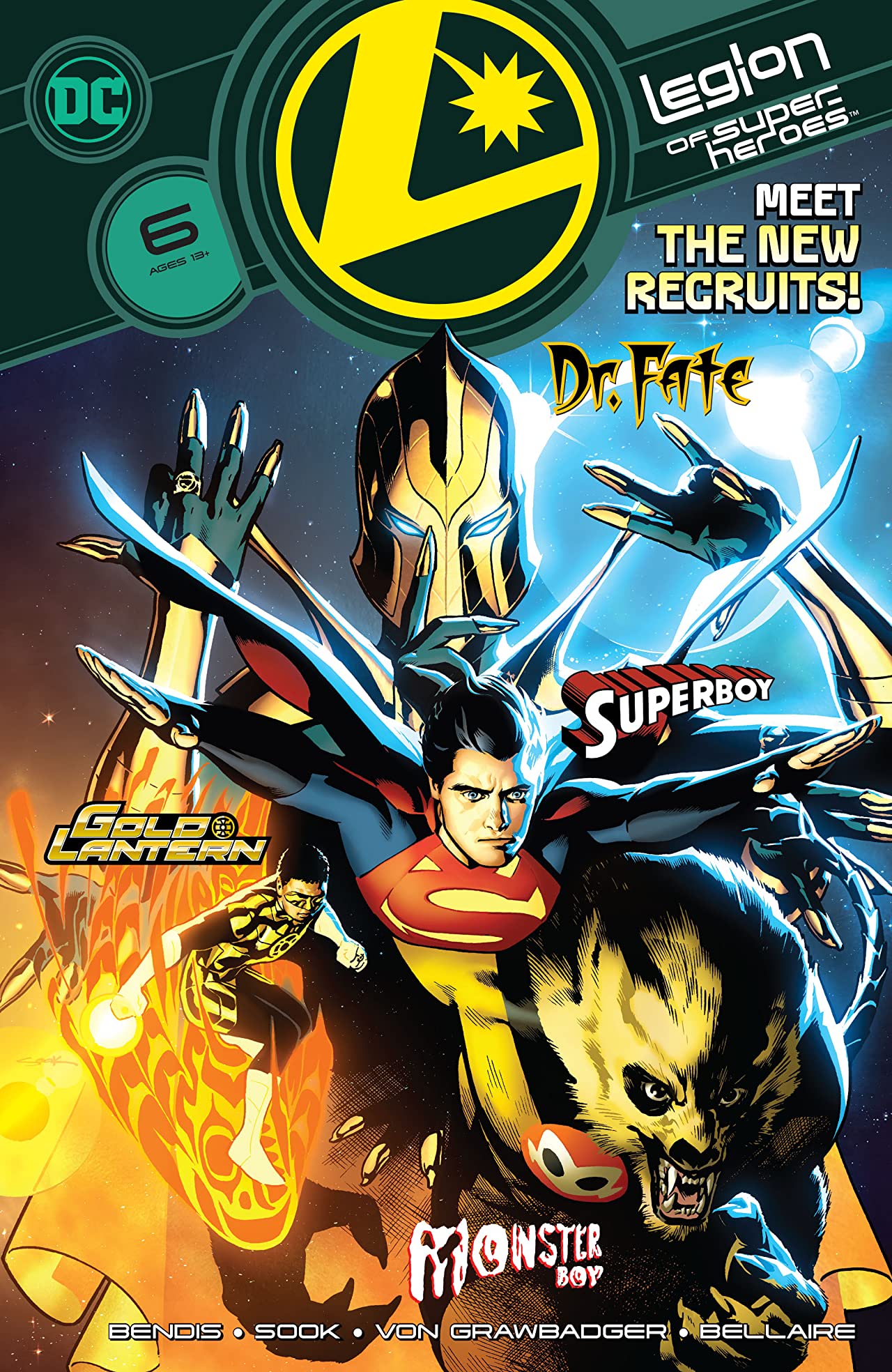 Allow me to paint the picture of my beginning to read this comic. “Ok, Mr. Bendis. Let’s see what’s going on since I read the first issue of Legio . . . SPACE FIGHT!!!”. This week of resuming pandemic delayed follow ups includes Legion of Super Heroes #6. Looks like things have escalated since the beginning of the series focusing on Aquaman’s trident. This is the kind of book you want to drop into randomly without reading the titles beforehand. Fashabooms, Krakooms, and the prospect of a new Dr. Fate and Lantern (Is Gold Lantern even a thing?) had me giddy to read. This episode didn’t really highlight Bendis’ strengths as a writer but that’s appropriate for such an action heavy issue. I admit, though, I cringed when I read a Black character (supposedly West Indian, I guess?) say “Mon” multiple times. If you want to write a character like that you gotta come harder than Sebastion the Crab prose. I want to read it and know for a fact Bendis consulted with actual West Indian people. 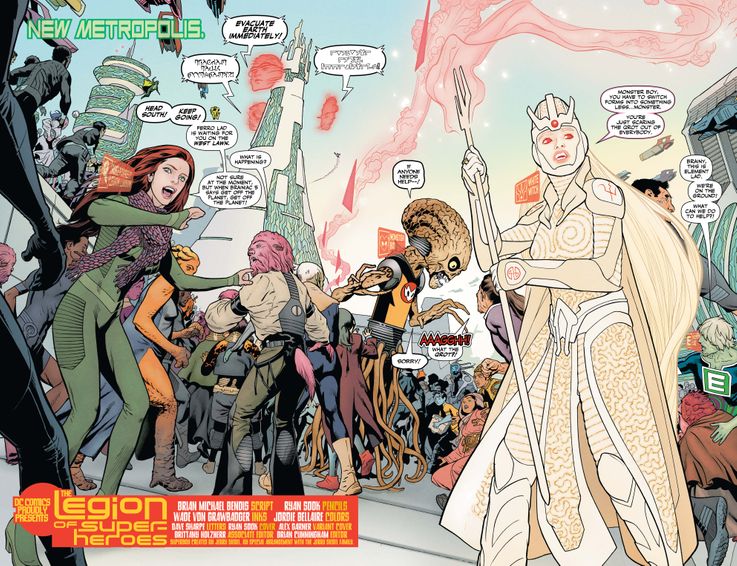 The shining star of the book is (to no one’s surprise) the artist, Ryan Sook. He took advantage of the multitude of chances for amazing action shots. The feel was wonderfully 70’s Jack Kirby. I particularly liked the face-off between some massive Lantern energy and a huge torrent. The Legion must be a treat to draw and design with the flurry of unfamiliar characters speeding through space, dodging lasers, and blasting energy. I want to back track this series if for no other reason to see which characters are recurring and which are completely created for one or two comics.

8 “Grabby, Order Disobeying Heroes” out of 10

Reading Legion of Super Heroes? Find BNP’s other reviews of the series here.