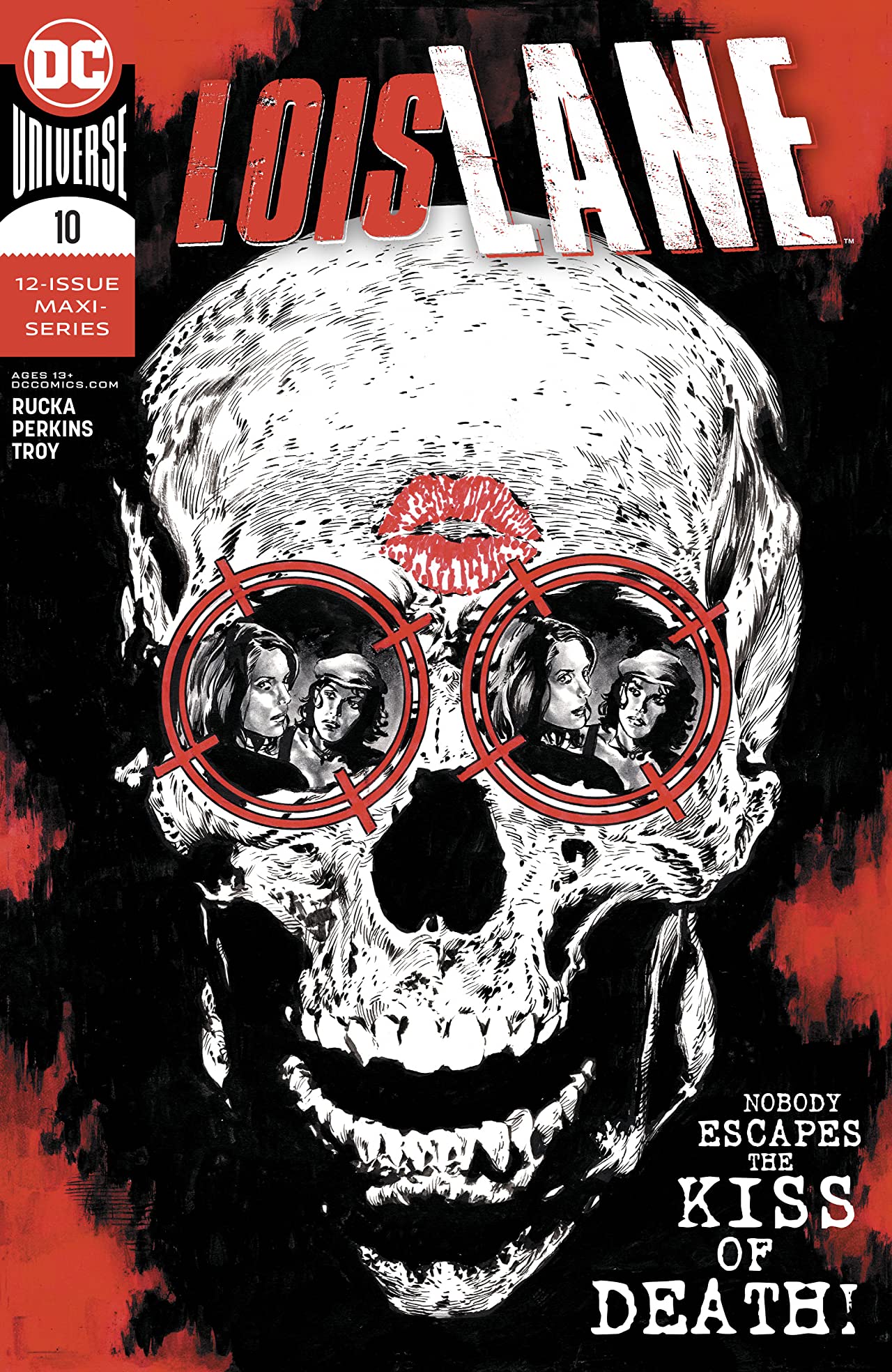 Lois Lane is a 12-issue maxi-series from DC Comics that focuses on the best journalist in all of comics. Who just so happens to be the longterm partner of the strongest hero in all of comics.

#10 was my first issue of this series but I’m definitely going to go back and catch up after this writing and artistic clinic we got from Greg Rucka and Mike Perkins. Even with no background knowledge — outside of generalist comic book stuff — there was little-to-no learning curve.

The issue focuses on Lois Lane tracking down a magical assassin named The Kiss who’s simultaneously tracking her down as a target. Along for the ride we have Renee Montoya, Jessica Midnight and Sister Clarice Coeur.

The two highlight moments of this book standout and allow both the writing and art to shine. The first example is Montoya’s thesis-worthy explanation of the multiverse to a confused Jessica Midnight. Not only did Rucka simplify one of the most commonly misunderstood concepts in all of comics, but it gave Perkins an excuse to devote entire splash pages to bring the point home. 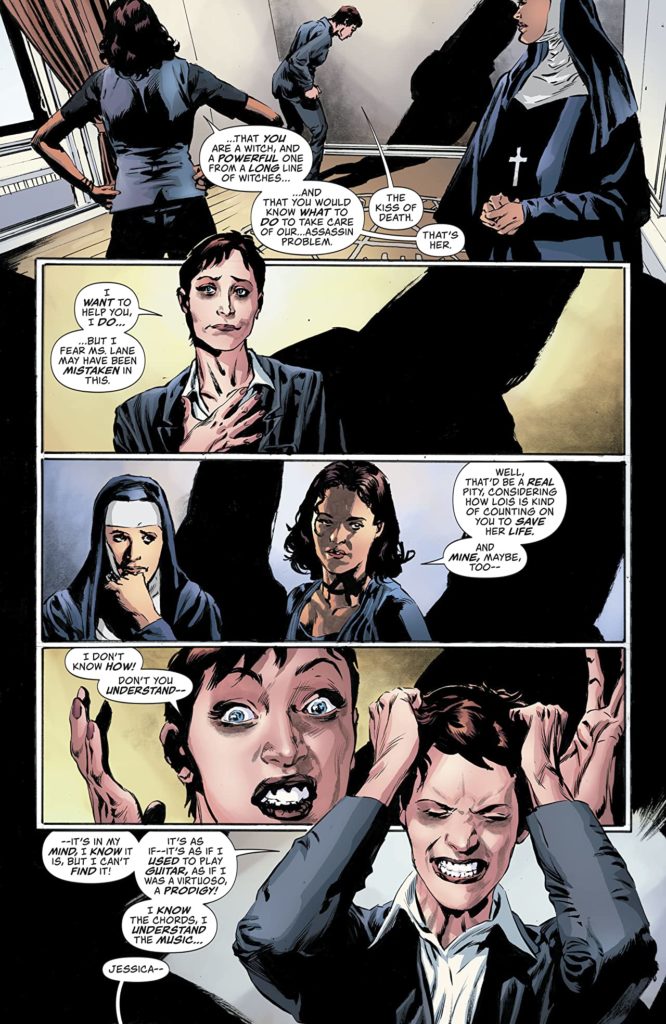 The next moment reminds me that the whole “Superman is unrelatable” argument is moot. Lois is doing her investigative thing and Superman comes by for a surprise visit. In what probably amounts to a three-minute conversation, he manages to put out a fire, prevent a suicide and who knows what else. But the genius part is seeing how used to this Lois is by carrying on with the conversation as if this is normal. All for the moment to be finished off with them talking about a shared higher calling to help as many people as possible: the curse and responsibility that their relationship is built on.

This issue isn’t all exposition though. It also has its fair share of gun-pointing and plot twists and one hell of a cliffhanger. I’m not surprised by this at all, because Rucka’s known for doing great work and Perkins’ pen game is clearly strong. But if the rest of this series has been anywhere close to this good it’s going to be something I casually drop in conversations for quite a while.