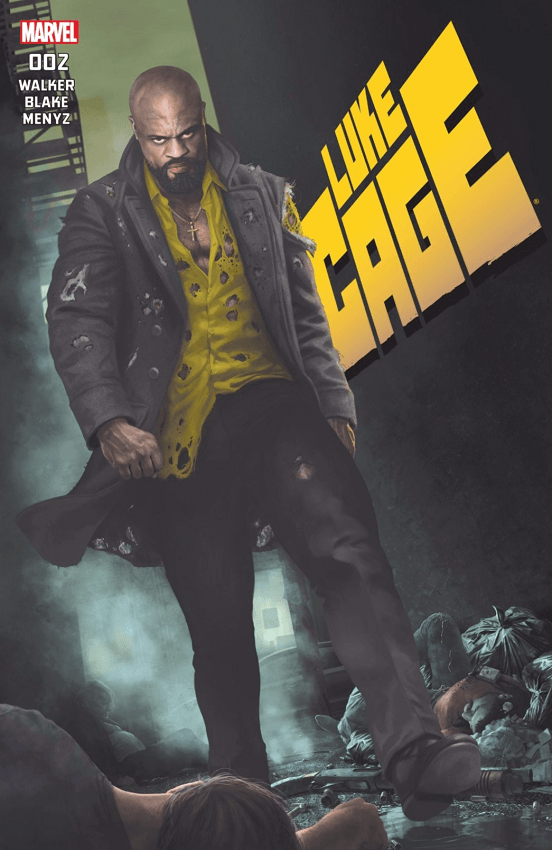 Here’s the deal fam, Luke Cage is good. Damn good. It’s bold to not have Luke Cage, the (somewhat) indestructible hero, in fight scene after fight scene, destroying the landscape and walking away unscathed. But to have the second issue of Luke Cage be mostly exposition and still keep the story rolling and entertaining is a testament to the story telling. Visually and through the written narrative. 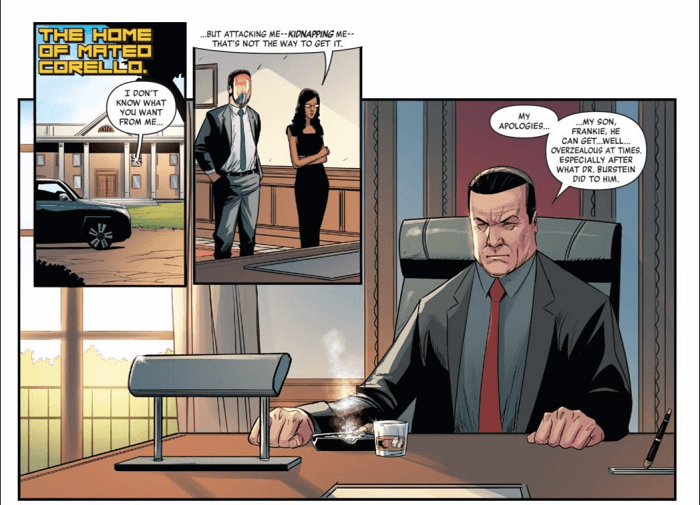 After Luke is almost killed by a mysterious metahuman with an impossibly sharp blade and kidnapped Dr. Mornay, his brother from another, Warhawk, saves his impenetrable hide and takes him in. This issue is all about Dr Bornstein’s legacy. The work he did. The work he fucked up. The “sons” he left behind. Bornstein, who we presume to be dead (but not by his own hand like Luke was told) is a character unto himself, even if he isn’t physically in the issue.

Everyone is having a hard time coming to grips with who Dr. Bornstein was or what he did. Well, everyone except for Warhawk, who is a lot of fun in this issue. There are some answers revealed, but there’s plenty of threads to still pull on as Luke tries to figure out how Bornstein was killed and just what made him the lone hero of all these descendants. 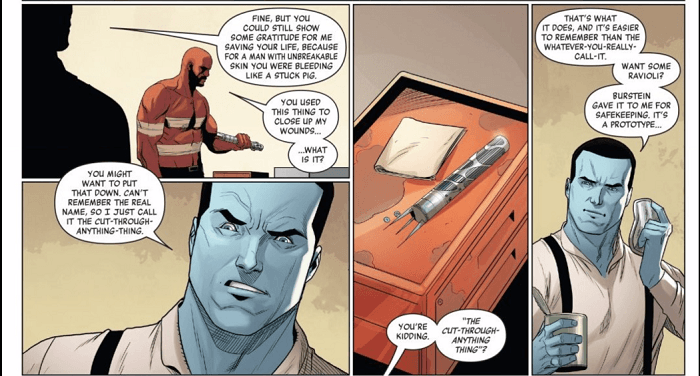 Blake II is killing this book. Kill. Ing. It. Just a gorgeous looking issue overall aided greatly Mario Menyz for a warm and confident look for Luke and company. Blake II somehow manages the balances of not making Luke the stereotypical hard edged Luke, but making the characters strong and solid, while maintaining an approachable and endearing look to the character.

All of the elements come together for this book and this is one of the books that you should be looking forward to each month. An endearing story, great supporting characters and a determined Luke make a great book.

9.3 Cut Through Anything Things out of 10