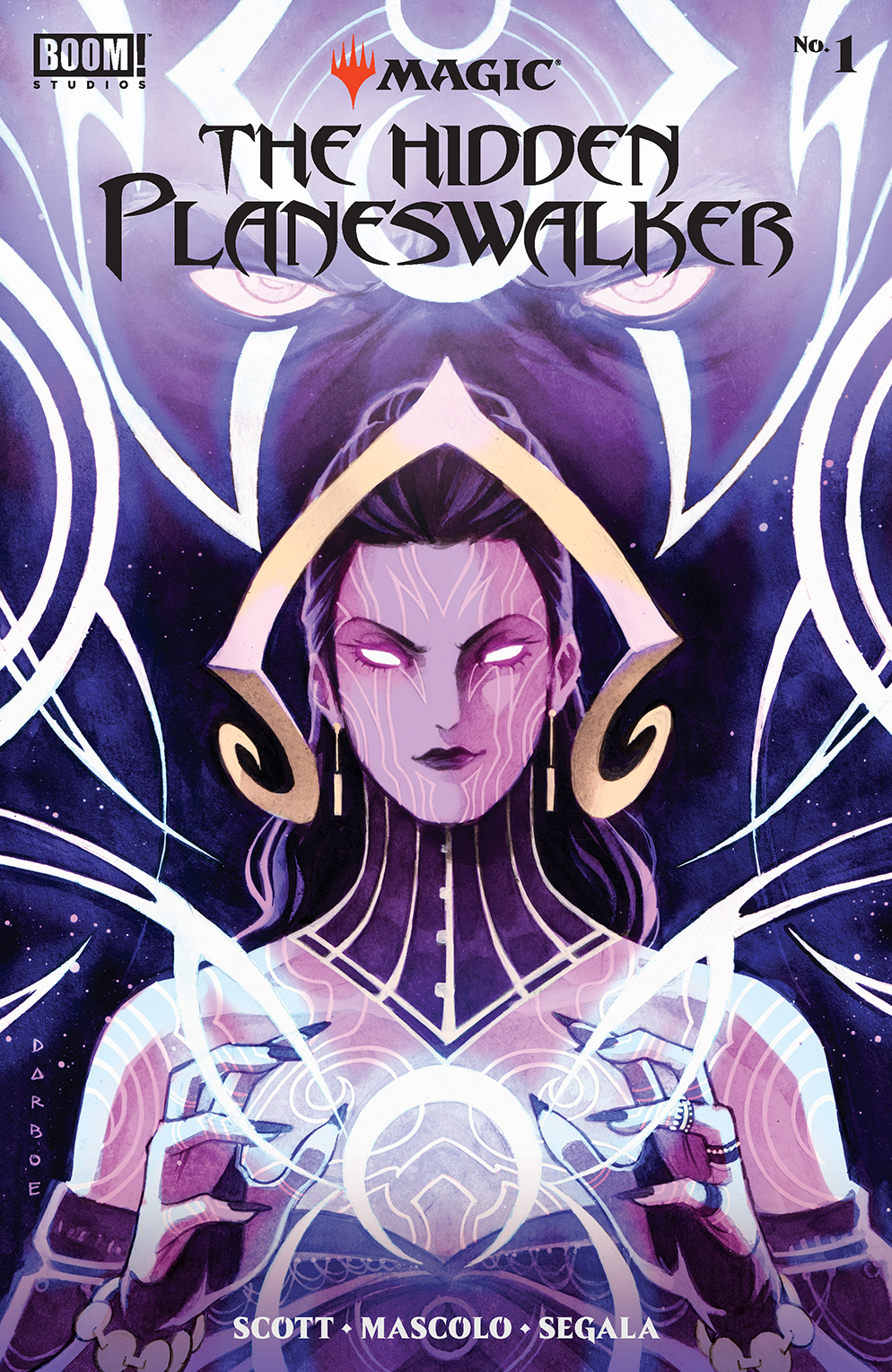 There is a lot going on in the Magic: The Gathering universe, and Boom! Studios has been producing lots of quality comic content that shows off the colorful cast of characters (pun very much intentional unfortunately). It’s been lots of fun following the main line series and the occasional one-shot, which brings me to the latest comic: The Hidden Planeswalker, focusing on none other than the iconic Liliana Vess.

The opening page of Magic: The Hidden Planeswalker #1 evokes stained glass. Mascolo’s line work alongside Segela’s color make for a visually striking spread as Scott perfectly captures the snarks and quips always alluded to in the character’s flavor texts in the cards. The comic aligns quite nicely with the recent expansion Strixhaven (that also recently received a D&D companion book as well), and the opening sequence has the ‘Bride of Death’ do what she does best: necromantic magic and intimidation. The backstory is incorporated seamlessly and efficiently, allowing us to reach the main thrust of the story as Ral Zarek and Kaya from the mainline come to solicit Liliana’s help.

From there, the story teases some developments of the larger scope villain of Marit Lage (a name that I still recognize from Ice Age and am always happy to see floating around), and the more immediate threat of Tezzeret. Liliana jumps at the call, surprising her recruiters, but I suppose that’s what happens when the fate of the Multiverse is at stake.

The back half of The Hidden Planeswalker #1 gives Liliana plenty of time to flex her incredible magical prowess, while furthering texturing the narrative with fun allusions to prior events. It all culminates in an exciting duel of magics. Mascolo does such a wonderful job depicting the different types of magic and planeswalking in the world, and Scott’s storytelling is compact and effective at keeping the reader engaged.

For any fans of the extended universe that Boom! Studios is cultivating and fans of Liliana Vess, this is a must read. For anyone, this might just pique your curiosity into the universe, but the mainline probably will act as a better starting point. Still, as someone who mostly follows Magic: The Gathering in passing, I have greatly appreciated having these comics to keep the spark of interest alive and well.