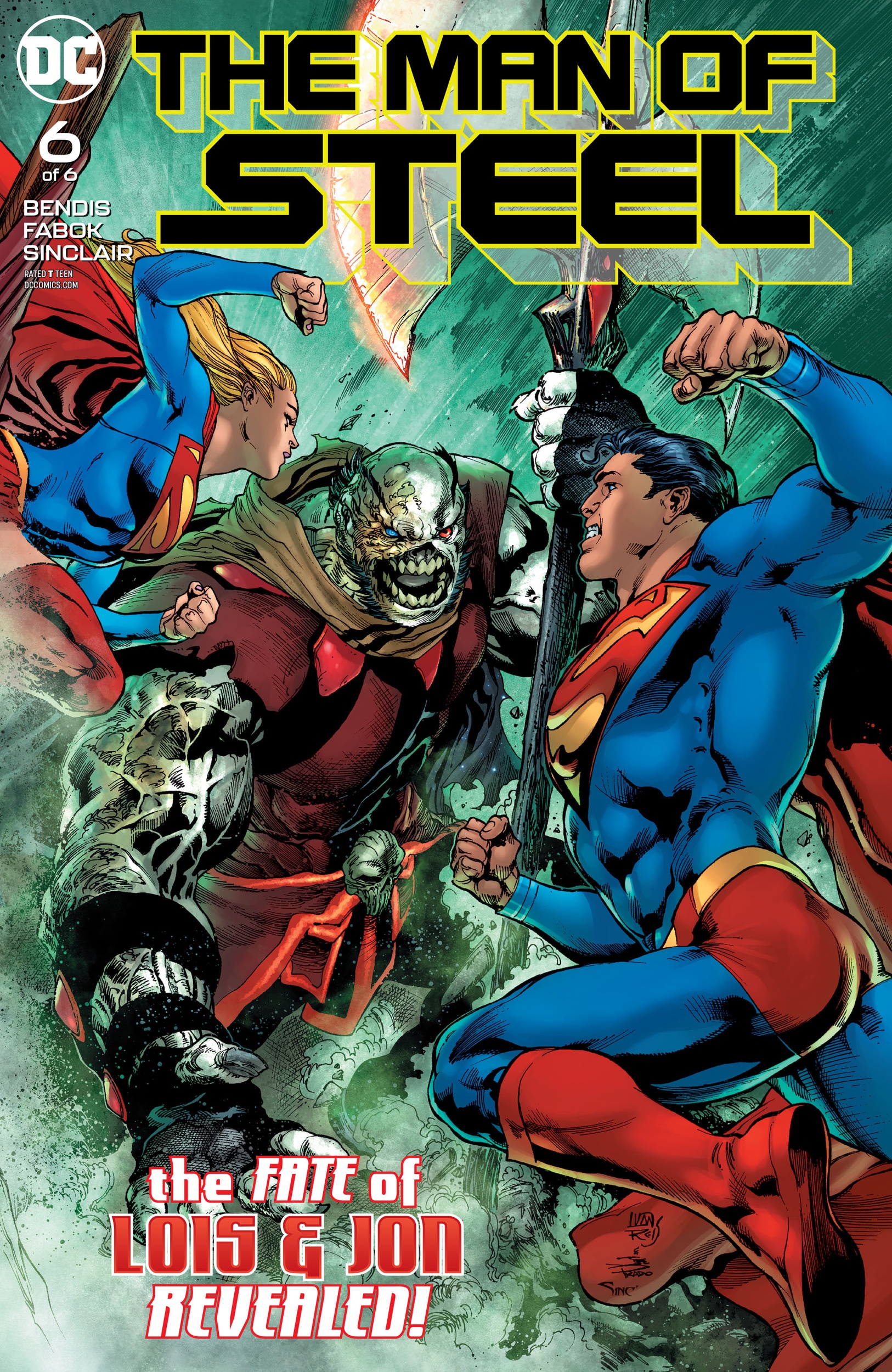 Y’all, I tried. Y’all, I am still trying. See, Man of Steel #6 had an insurmountable tasks of revealing the ‘mysterious fate’ of Jon and Lois, at least partially resolve the Rogol Zaar conflict, and set up whatever future plotlines it needed to. It had to do all of these things in a somewhat interesting way, and yet all of these things were just dull.

From a narrative standpoint, it’s not even bad: just boring. All of the motions make sense, previous plot points are paid their proper due, there are individual moments that resonate…but the collective whole just falls flat.

When BNP covered the Super Sons of Tomorrow arc earlier this year, I wasn’t expecting the conclusion of the crossover to result in some half-baked excuse to write Jon and Lois out of the plot. Not to belabor the point I made last week, but I find it really difficult to see the family man side of Superman without him having a family to actually interact with. Perhaps the most egregious parts about this are it seems entirely manufactured to make Superman sad. This was the slowest, most predictable burn in a comic arc with a lackluster pay-off. It’s frustrating, because that dynamic is what made Superman and Action Comics worth reading since the start of Rebirth. Now it’s just gone.

Speaking to the Rogol Zaar half of the issue, I will give Fabok credit for the artwork. The final skirmish is pretty awe-inspiring. There’s a lot of fanfare, many contrasting compositions, and a lot of details to be enthralled by. Rogol Zaar’s fate is perfectly understandable, but outside of what was admittedly a very interesting speech, I don’t understand why we went through all of this. The best thing about this issue is teaser of the new Supergirl storyline. Exciting, yes, but when Superman’s future arcs aren’t as enticing in his own series that’s just a little bit concerning.

This was not the grand finale Man of Steel needed to salvage its self-indulgent pacing. It did not instill great confidence in the adventures continuing with Superman #1 and Action Comics #1. The story it was trying to tell was finished in a technically proficient manner, but the charm of a sympathetic Superman was lost halfway through the mini-series. Readers are left with a kind of sadness. While this may be what was intended, I have relied on Superman to be a beacon of hope in desolate times. I just want better for the Man of Steel.

6.8 “Unrecognizable Technologies” out of 10