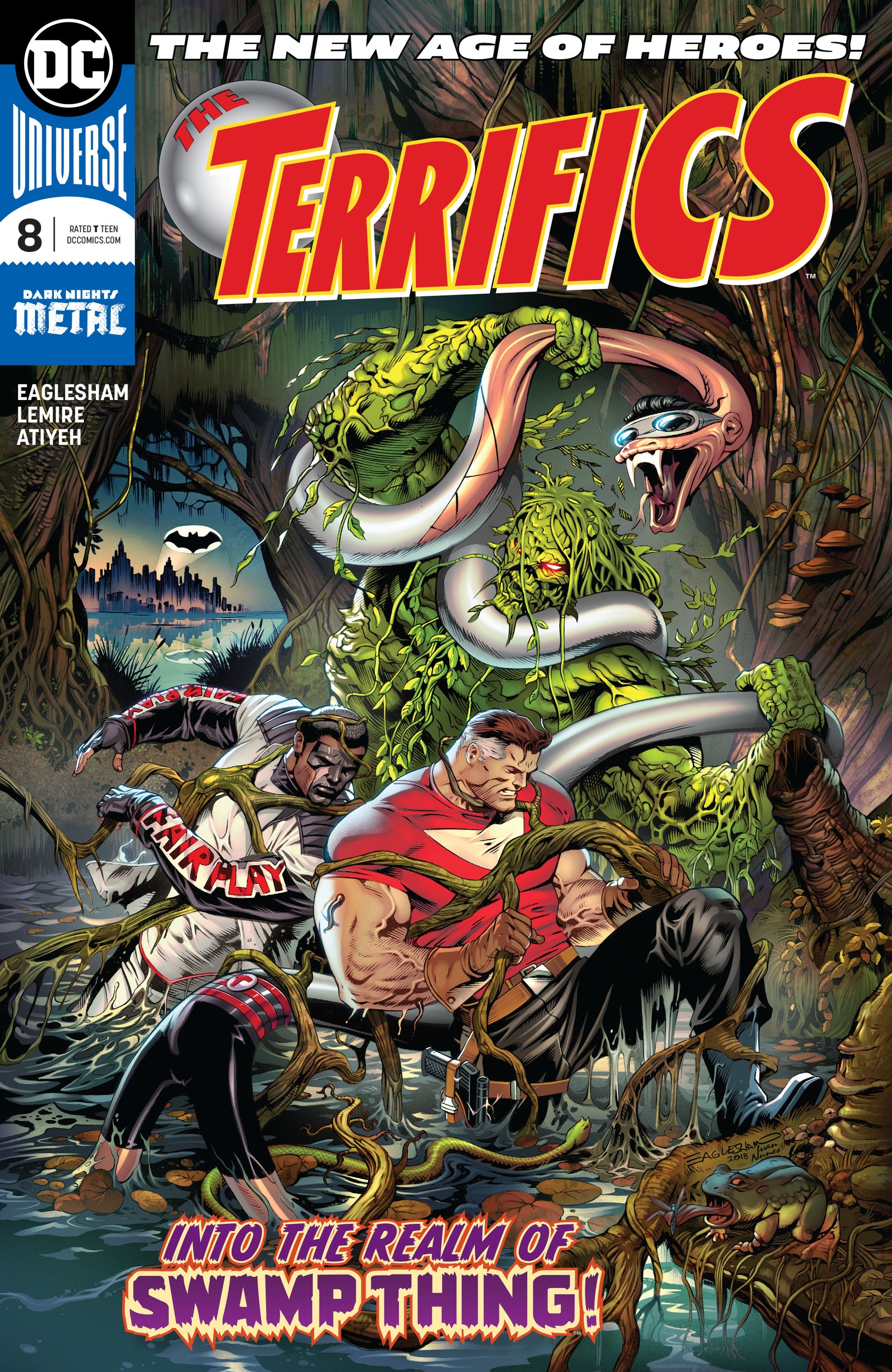 For a series that started with four ragtag bunches of misfits fighting cosmic horrors in the Dark Multiverse, The Terrifics has evolved into serial oddball jaunts into unexplored segments of the DC multiverse. All the while, the story retains a strong emotional through-line connecting the struggles of the principle characters. Mr. Terrific, Metamorpho, Plastic Man, and Phantom Girl have each been given a platform and spotlight in various degree throughout the run, and the joy of The Terrifics comes from the honest moments of personal revelation followed by the team up that inevitably occurs afterward. 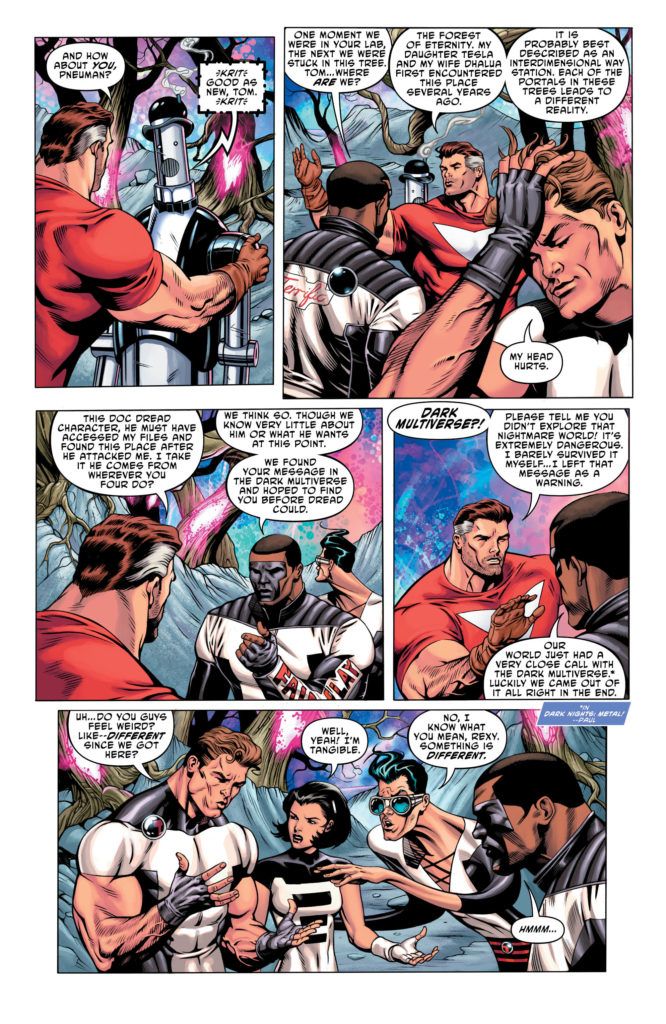 Eaglesham and Lemire are clever storytellers. As each of the characters explores various portals that have appeared in the Forest of Eternity, where they finally met up with Tom Strong last issue, the writers make exceptional use of parallelism. Tom Strong’s stalwart heroics are a fun counterpoint to personalities of the main cast. His chiseled jawline reinforces his status as ultra-heroic (even for those who may not understand his importance to the greater continuity). In addition, he maintains an aura of authority when it comes to the new elements of the DC Universe, also known as the Dark Multiverse.

The artwork and writing are stellar as always. Eaglesham and Lemire have a diverse playground of worlds and characters that allow them to play around with different styles and pacing. Whether it’s the Aztech Empire (no, that is not a typo), Funnyland, or Slaughter Swamp of Gotham City, each world has its own personalities and the characters get to react to the strange environments they find themselves in. Whether it’s a pairing we’re already familiar with or a new duo because of the growing cast, there is a sense of wonder and joy that makes The Terrifics so much fun to read. 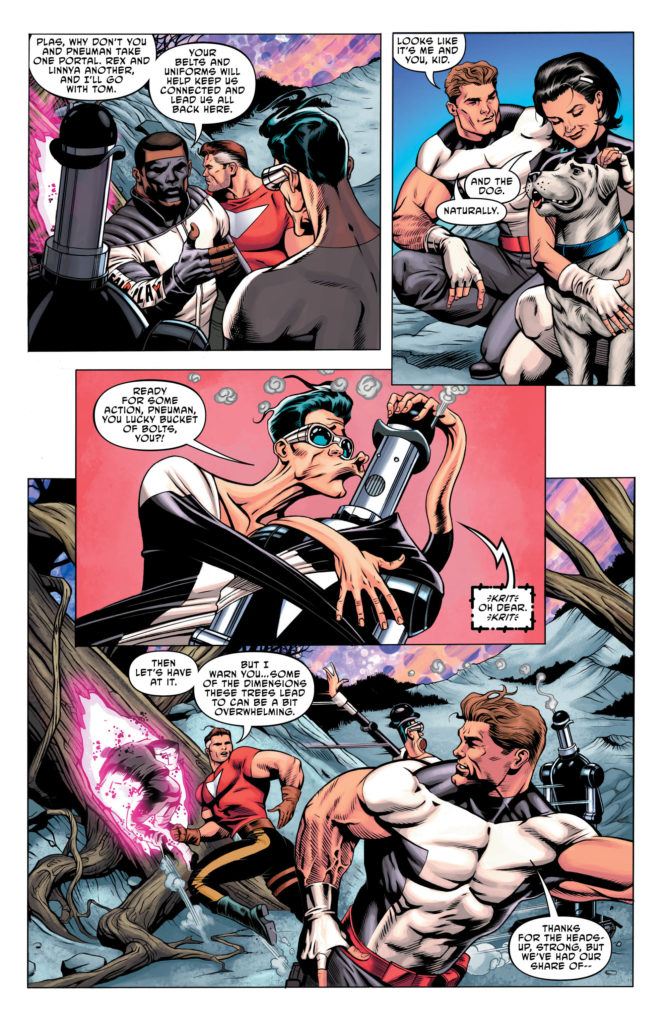 It’s hard to predict exactly where the story will go next. The moment I thought I figured out the pattern of where I thought the arc would land, Eaglesham and Lemire bent my expectations, and I found an involuntary smirk on my face. The Terrifics is created by a duo that knows all the genre conventions but knows exactly how to tinker with the formula to make a winner.