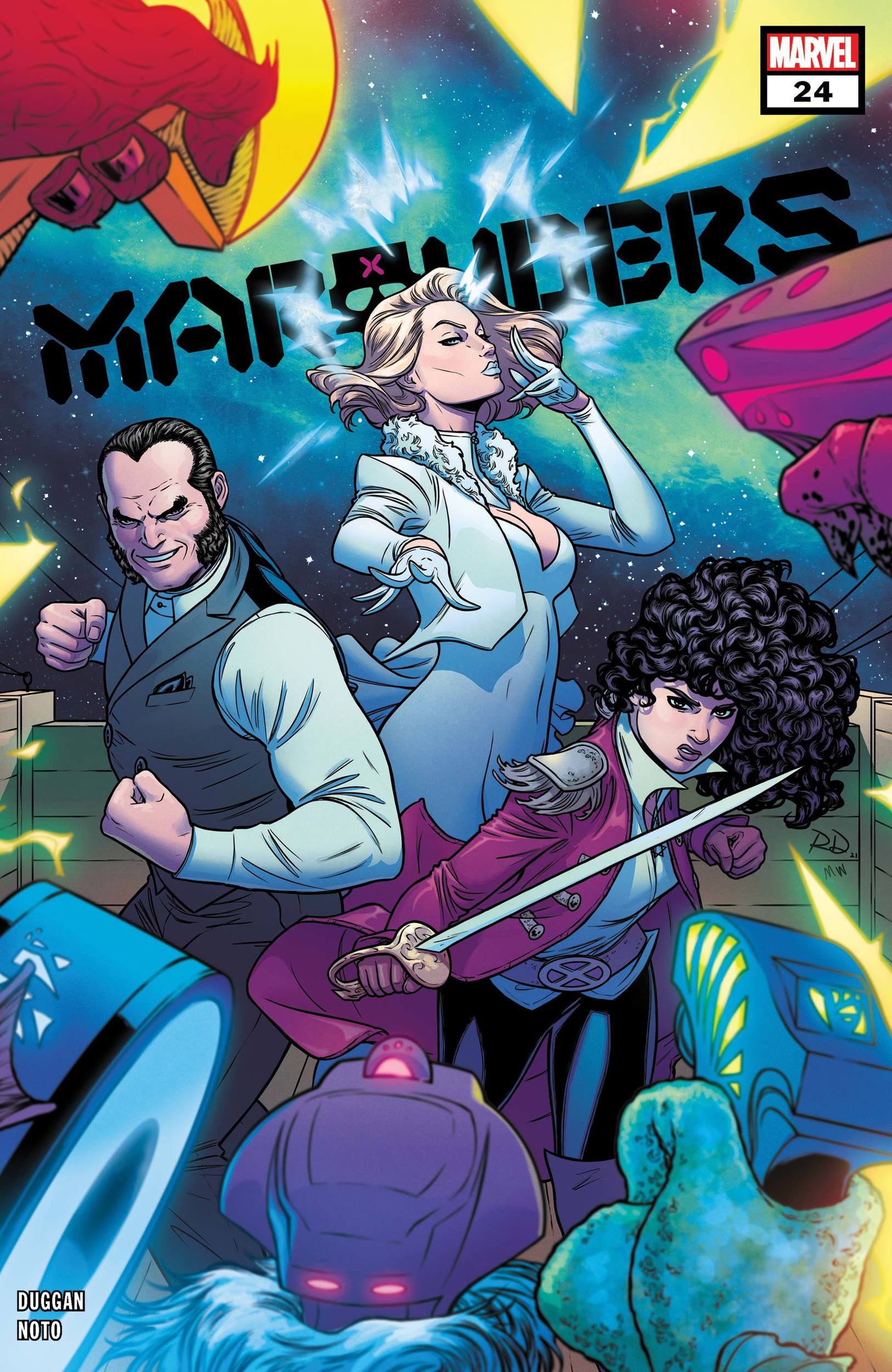 Marauders has coasted in my top 3 Marvel books over the last 2 years. Their expeditions at sea have been dope, and the characters they run into or become enemies of are always well written. Gerry Duggan has kept his core group of badasses together, and they are thriving whether on land, sea, or in space as we find out in Marauders #24.

Every human on Earth has been livid off the terraforming of Mars Arakko. Everything red has been cancelled. Valentine’s Day is done. Roses are extinct. Cardinals are in hiding. Science teachers are baffled on what to do. One was found cowering in the custodial closet whispering, “First Pluto, and now this?!” repeatedly. Moms in middle America stopped buying Pumpkin spice things all September because “the joy it used to bring” them “has been stolen just like Mars!”. But that’s the least of the mutants’ problems, as they officially entered the Galactic stage with that planetary bogarting.

Marauders #24 felt like we finally got a real glimpse of life on Arakko. It’s worse than New York, Los Cabos, Rome, Jakarta, Caracas, and Bangkok put together (go ahead and look up those cities’ crime and cleanliness rates, I dare you) and thats saying summmmmmmm!! Duggan’s conversations between Kate and Emma whilst walking are always enjoyable. Their run-ins with space pirates are even better.

When I got to thinking about the scene below it made me realize how much I love 2 people who hate each other, sparing a moment to respect the other in moment of surprise gangsta. Sebastian appreciating the hands Emma and Kate (mostly Kate) had for Rixlo was great.

The last couple issues of Marauders have felt like filler episodes, but I was happy to see some good action and real stakes this time around. Lourdes Chantel got the teaser trailer in issue #22 and that cliffhanger Duggan just dropped on us leaves no doubt that it’s about to go down!

8 Stolen Blasters out of 10