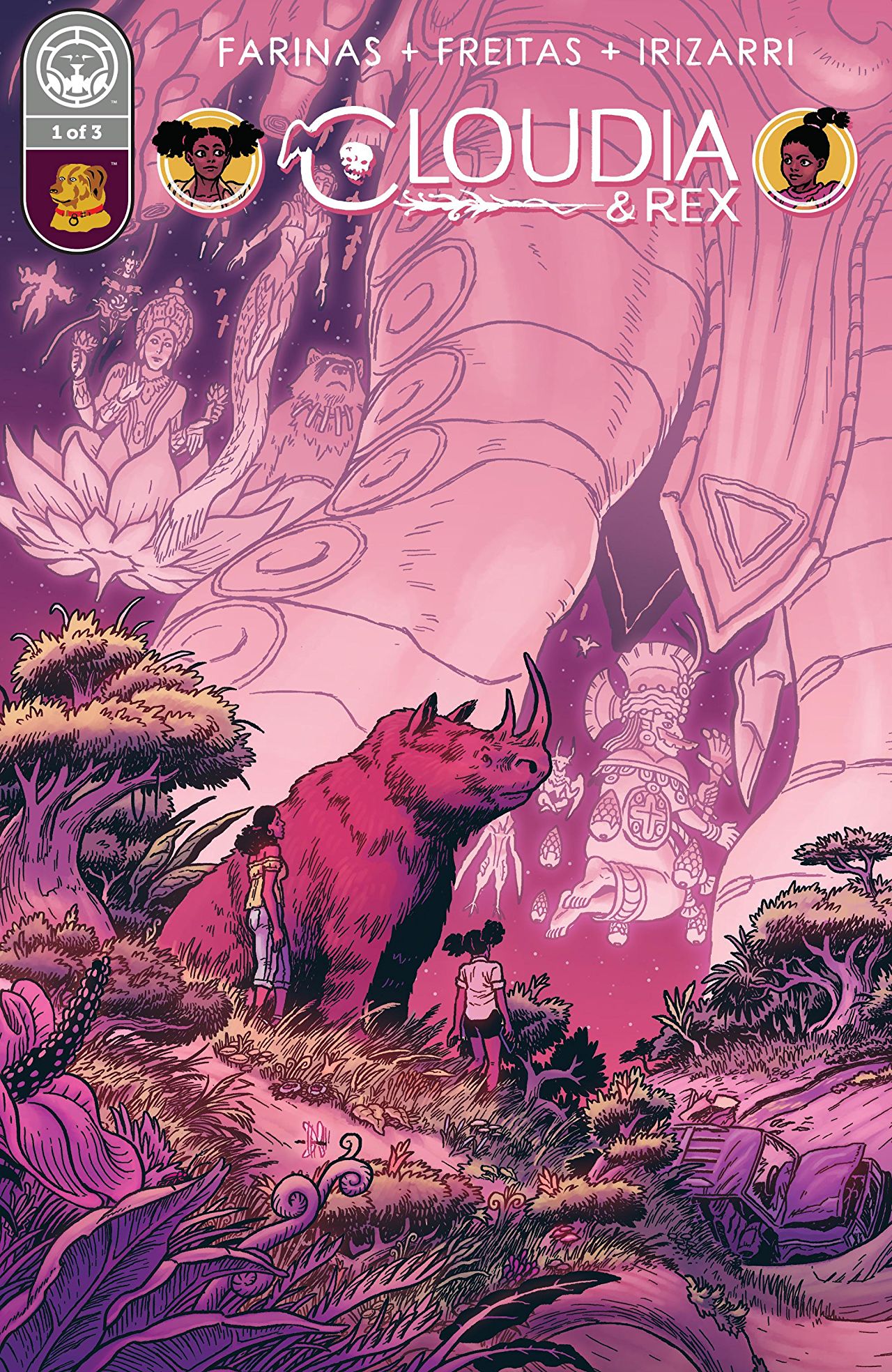 Editor’s note: This is an Advanced Review as Cloudia & Rex #1 drops next week on NCBD!

Cloudia and Rex are two sisters who are traveling with their mom, maybe a road trip, but it looks to me like they are moving, after just recently losing their dad. It’s a somber mood in the car and no one is truly happy at the moment. Teenage angst and the almost overwhelming presence of grief set the stage for some explosive panels that transitions to real life explosions in another realm where Gods and other beings of varying shapes and sizes meet with each other. All these beings are frazzled and looking for a solution to a very serious problem: their survival.

Daniel Irizarri serves up the art for this comic and I’m going to strongly suggest a reread for those who pick up this issue solely based on the artwork. You may focus more on the otherworldly beings and their place of origin or the gorgeous landscapes on Earth on your first read through. On my second read through I paid more attention to the fine coloring job that enhanced the mood of different scenes. 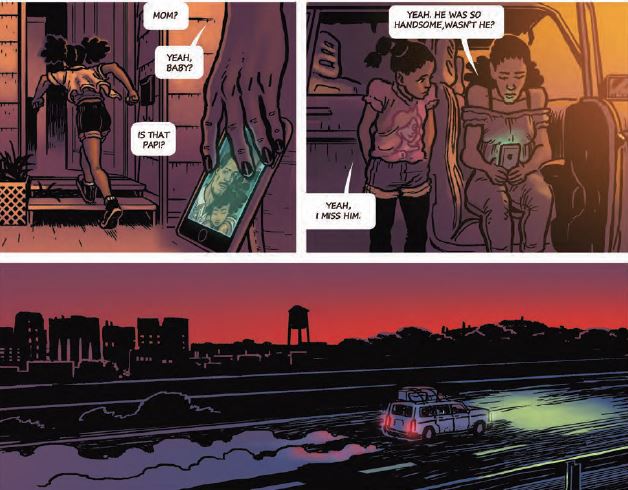 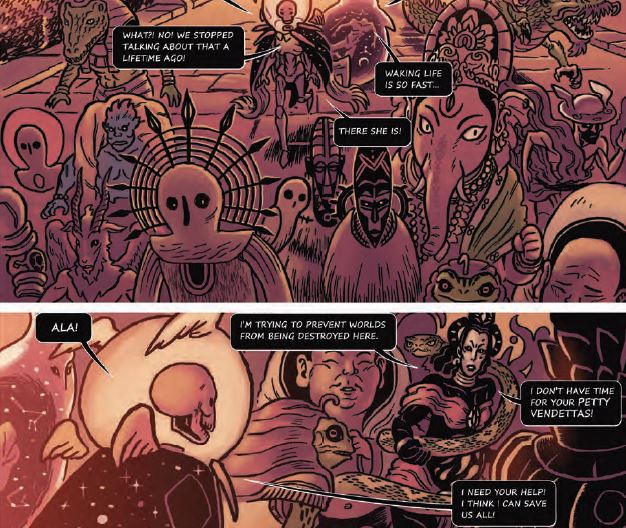 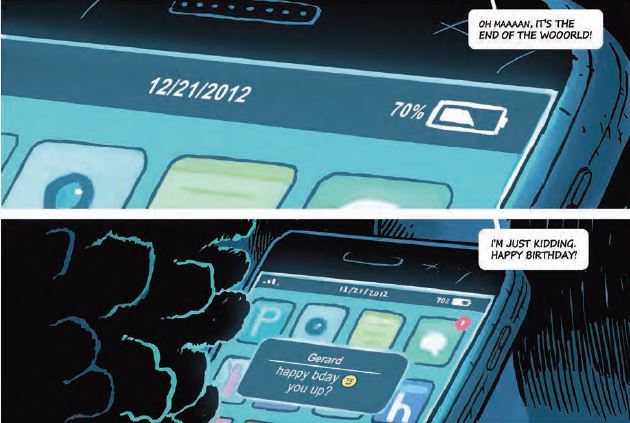 Comic writer and artist & Ulises Fariñas perhaps best known for being apart of the writing team for IDW’s Judge Dread and illustrating Star Wars children’s book Where’s the Wookie? is hemmed up here with the pen work. Erick Freitas joins him as fellow writer and partner in crime and it works. Before you go ask Cousin Google and fall down the rabbit hole on the internet of their collabs like I did (Judge Dread, Gamma, the forth coming Motro among others) just know that the writing here is on lock with these two on board and the premise of what’s to come has left us with a cliffhanger at the end of this issue, also with enough intrigue to want to read more.

The only issues that I have with this issue that I’m tasked with are:

1.) Writing wise how Cloudia speaks to her mom a few times over throughout the issue. By that I mean the tone is which she uses–I know she’s a teenager and they can be moody as hell but my Black ass would have fled the scene after saying some of that to my mama–my self-preservation skills would have finally kicked in knowing that I was going to catch my mom’s hands/be ethered into the void.

2.) I’m going to heap praises upon the art as I should, however, the consistency of Cloudia through the issue irked me: She’s a teenager from what I gather, thirteen to be exact. But at times he looks way older and had me double checking with how old she said she was some pages back.

A mini-series about a Black family which includes a Black girl who possibly has the power of hundreds of different Gods at her disposal, that also happens to have a creative team that includes an Afro-Cuban (Fariñas) catches my eye for sure, I think we’re off to a good start.

8 Deals Struck With The God of Death out of 10

Rated YA for “Young Adult” that I’m placing for readers probably ages 12 years and up for some imagery (nothing gory) that will probably scare young readers and some heavier themes for the plot.

Check with your LCS next NCBD, July 5th to make sure you grab a copy!