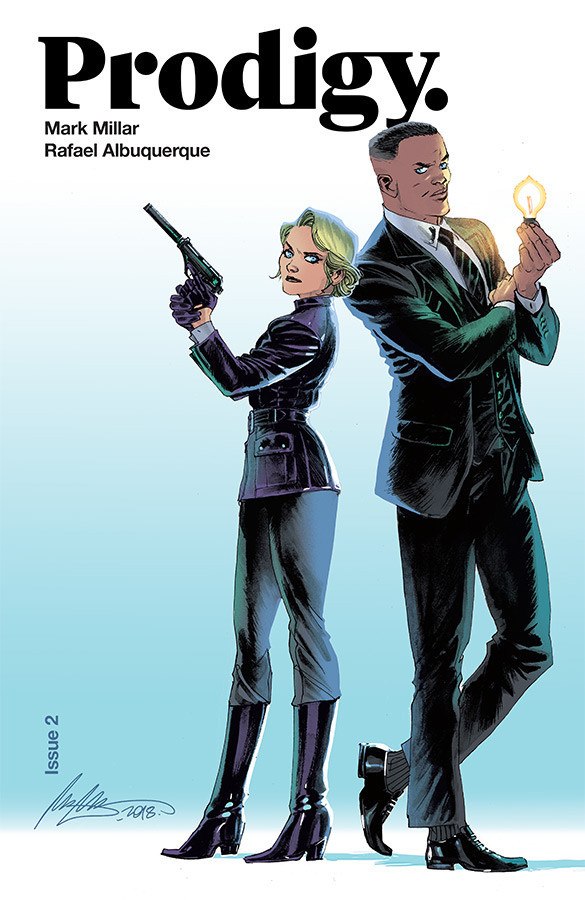 Prodigy #2 picks up where our inaugural issue left off. A multi-dimensional threat is set to invade Earth, and Crane is the only man trusted with a mission of this magnitude. Sure, he can stop a gigantic asteroid from turning our planet into rubble, but can he overcome an invasion hundreds of years in the making with links to some of the most powerful people in the world?

Albuquerque sets the tension filled tone in the opening pages of this issue. The looks on the faces of the general who first gets word of this other-worldly threat, and Agent Strak who he confides in, is sheer terror. He draws these faces masterfully and to the point I had to check ahead to make sure there wasn’t some mistake with the copy of my book. No mistake, they appear to be hollowed out men and women because Albuquerque pays impressive attention to worrisome detail in each panel he graces. 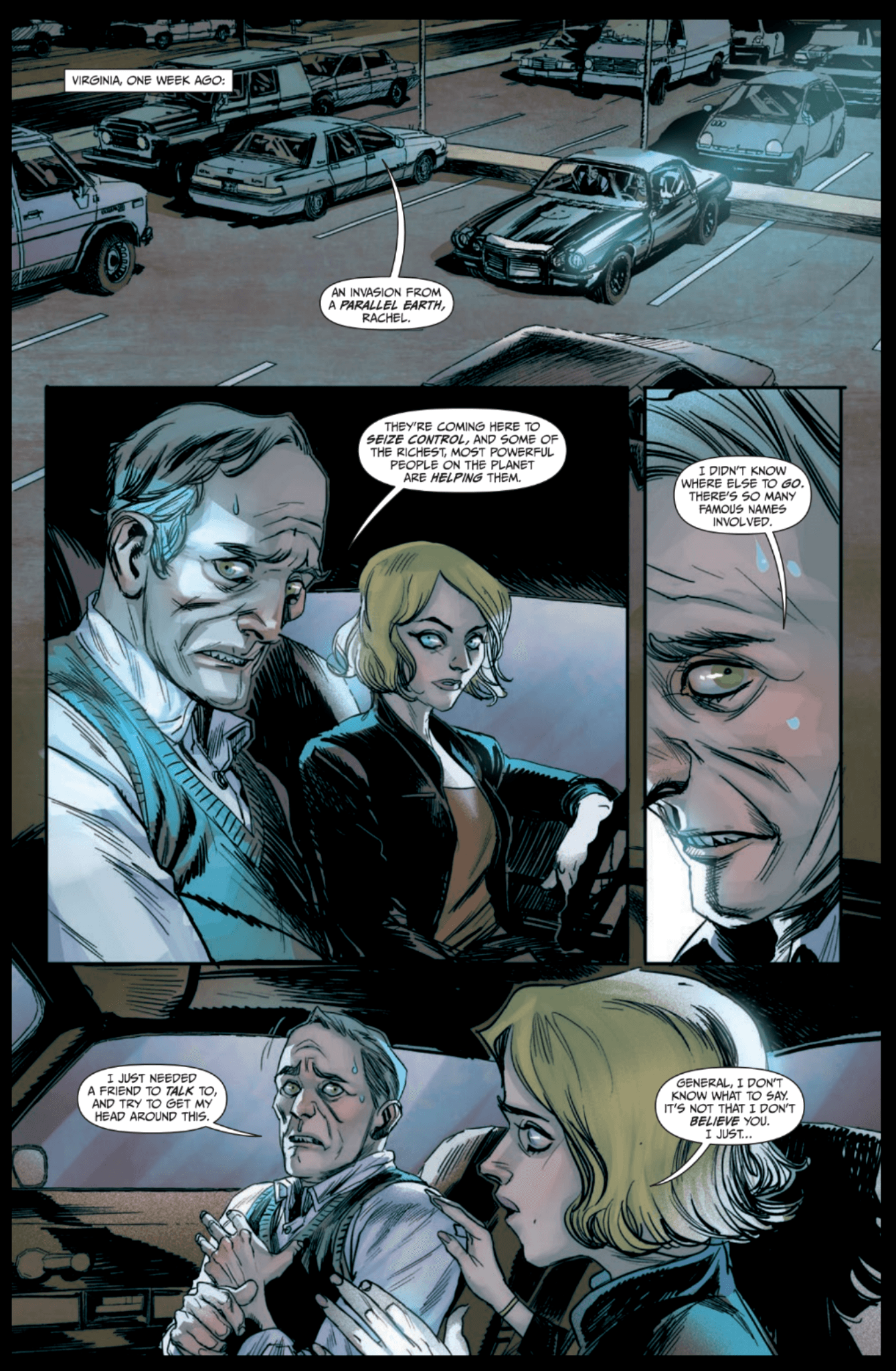 After it all goes to hell, Agent Strak meets Professor Crane to debrief, and Mark Millar shows us what an Edison Crane flex looks like. With minimal information, he decides he can trust Strak with humanity saving responsibilities based on her clothing, speech pattern, and body language. He knows exactly how truthful his new ally is being and calculates her entire biography with unbelievable precision. It was a cool little scene that sets the bar for Crane’s intellect and ability.

Deadass though, it’s so much fun watching Mark Millar create a genius black billionaire for all the world to see, and it’s even more fun watching him expand on Prodigy’s attributes while in the middle of saving the world. Wild super spy eye reading skills and far east ancient techniques that can harm or incapacitate a man seem to be the tip of the iceberg, and I’m excited to see what else is up Edison’s debonair sleeve. 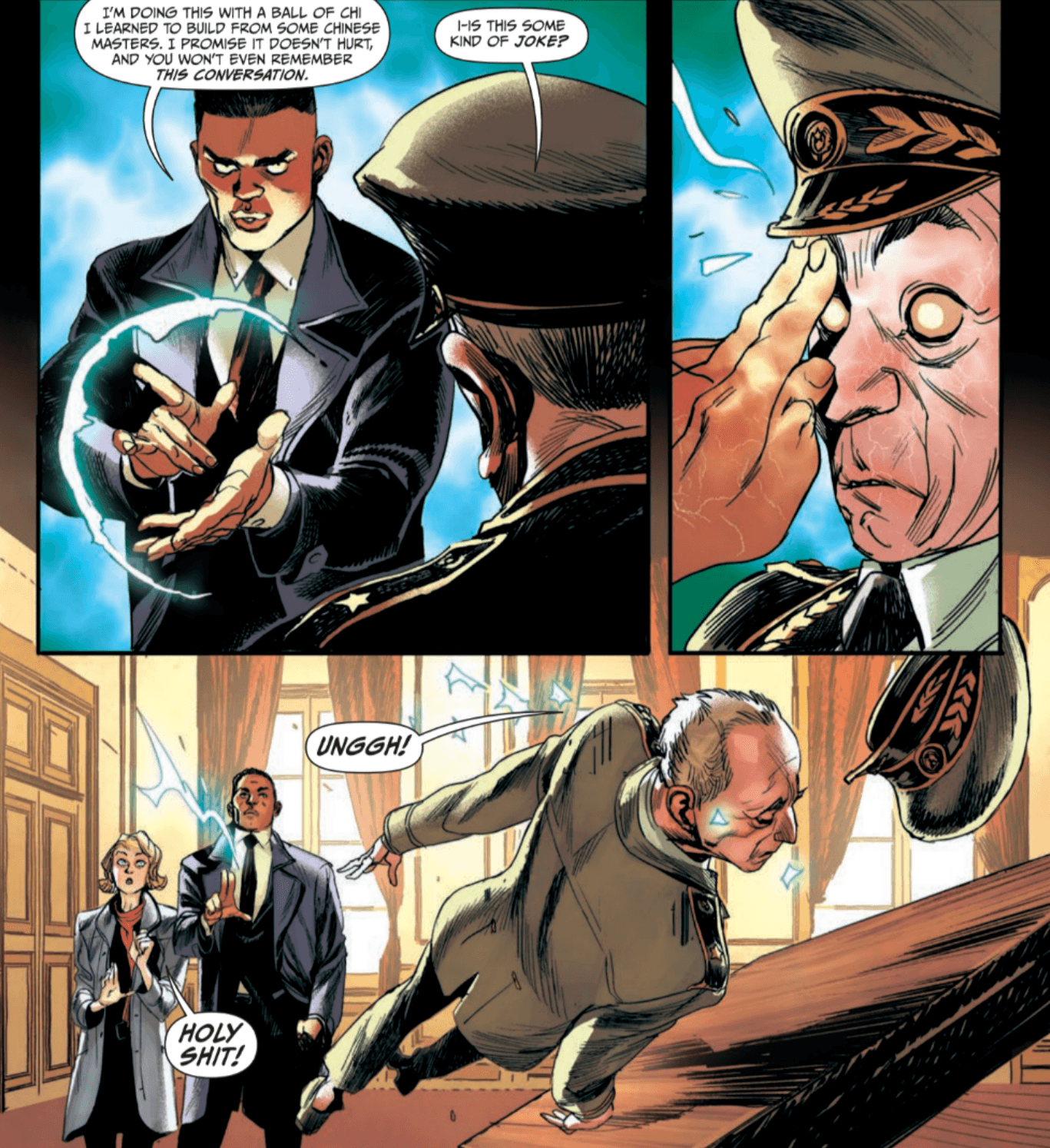 After the global invasion information meet-up, they get to work on saving the world, starting with an insanely expensive visit to The Kremlin and ending with a trip to one of the most desolate, oxygen deprived terrains on Earth.

This second helping of Prodigy seemed to be pretty standard in the long line of existential threat stories we’ve seen in comics, until Millar and Albuquerque switched up the whole flow and hit readers with a heartbreaking, sinister scene out in Belgium. Millar turns a part of Prodigy’s world into evil personified, while Albuquerque brings the menacing scenes to life with pulse pounding realness. After a fun and exciting inaugural issue, we were hit with the sobering reality of Edison Cranes situation, and it’s not looking good. Issue #3 drops on February 6th, and we’re in store for another global adventure with Prodigy and his new partner.

8 Castles of Darkness out of 10