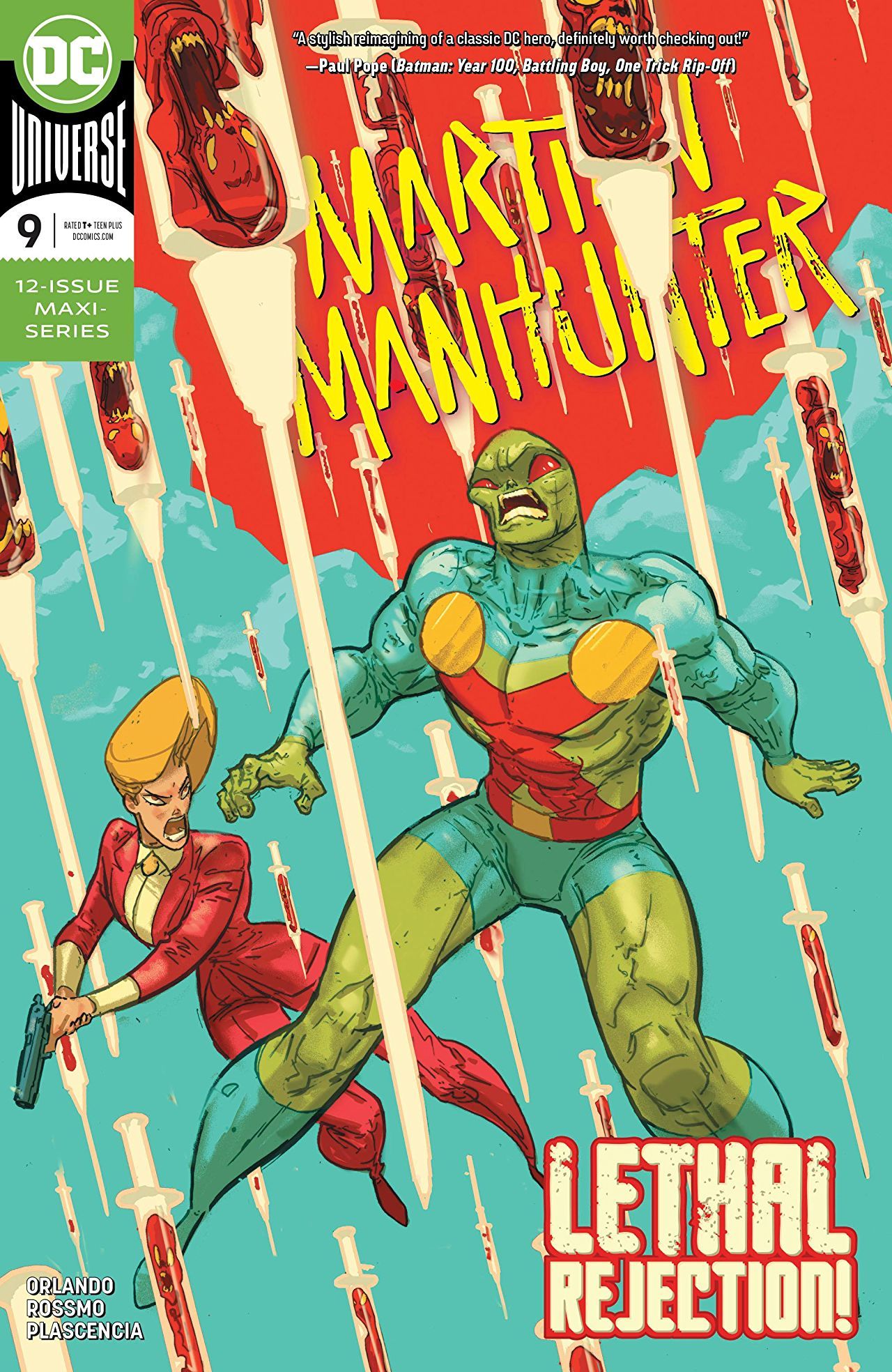 Martian Manhunter #9 gives us a unique look at J’onn’s powers as the multiple conflicts of the story begin to converge and our protagonists gear up for the climax. I would have never imagined the unique thought, care, and creativity that goes into how J’onn does what he does. It’s pure genius. This issue we are treated to J’onn conducting a Thoughtopsy. And yeah, it’s just as dope as it sounds.

J’onn takes a dead body experimented on by Charnn and goes into the mind’s tissue to see the fossilized final memories. This is an effort to glean some new knowledge into what Charnn is trying to do and how they can stop him. But that’s not really what’s important. J’onn is able to read a dead person’s mind and that is never something I thought we’d be seeing. It doesn’t stop there, though. 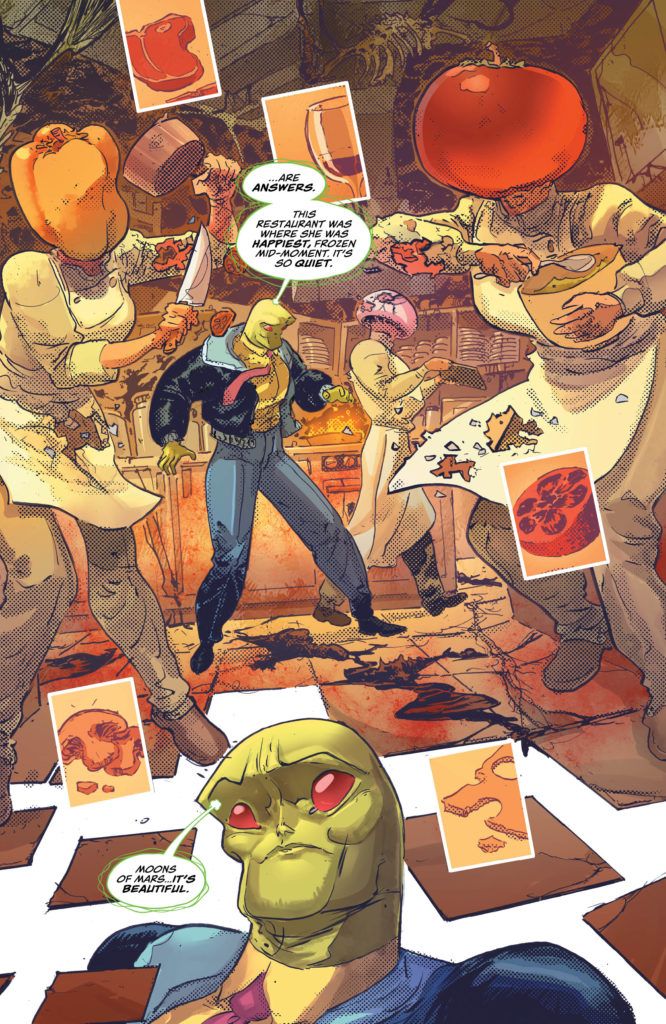 Rossmo does an incredible job conveying what someone’s mind looks like from the perspective of an intruder. Things are very abstract, like a Picasso painting. It makes for a beautiful sight but also a puzzle for J’onn and us to figure out. Thankfully our green friend is a pro at this, so it doesn’t take him too long. It’s very different than entering the mind of someone alive. Things in this state are much more rigid, like watching a movie and having to pick out clues that the director leaves for you. Only this director isn’t trying to leave you any clues. It’s like being in someone else’s dream and knowing it, yet not being able to be an active participant.

J’onn gets what he needs from the fossilized memories, and Charnn is about to level up now that he has a human subject that isn’t dying from his experiments. In order to match Charnn’s strength, J’onn is gonna have to step it up himself. He reveals that he hasn’t been operating at 100% this whole time, and in order to fully commit to the Martian Manhunter that he is, he must fully confront his past and deal with the repressed trauma of his family and an entire race of people dying. He’s got about a couple of hours to do all that, but I’ve got faith in my guy.