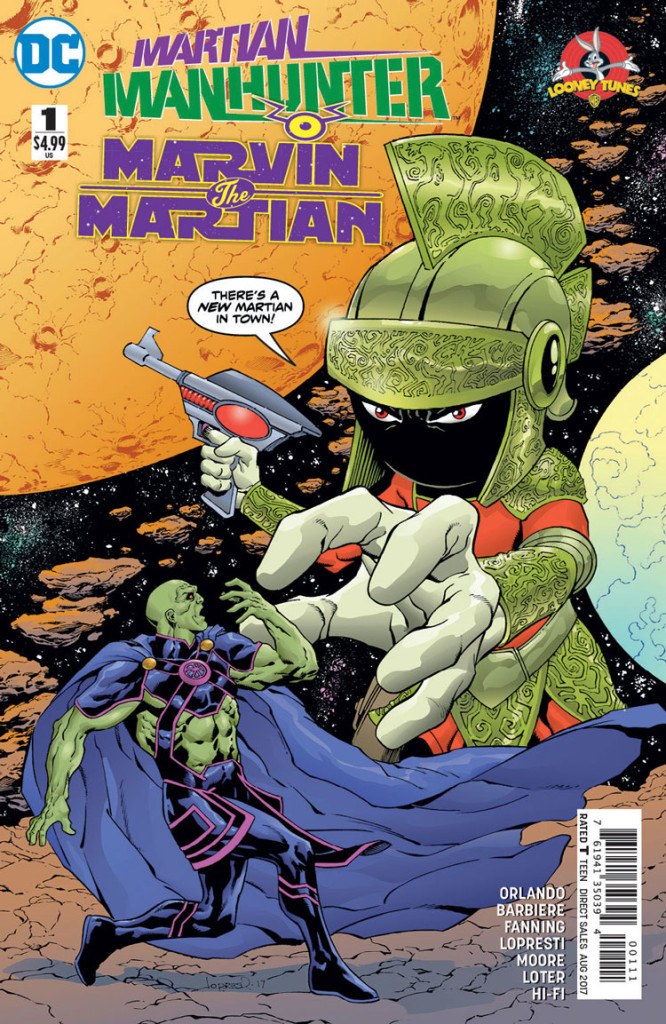 Loneliness will take you to a lot of depths, especially if you’re the last of your name. Now imagine being the last of your species and you’re only realizing a fraction of what Martian Manhunter, J’onn J’onzz, struggles with. J’onn uncovers a message in Martian that leaves him filled with hope that somewhere somehow another Martian is out there reaching out to others. J’onn builds a builds a gateway — let’s just call it a stargate — he builds a stargate to the dimension that the message stemmed from, and out comes the most recognizable Martian in history, Marvin The Martian. 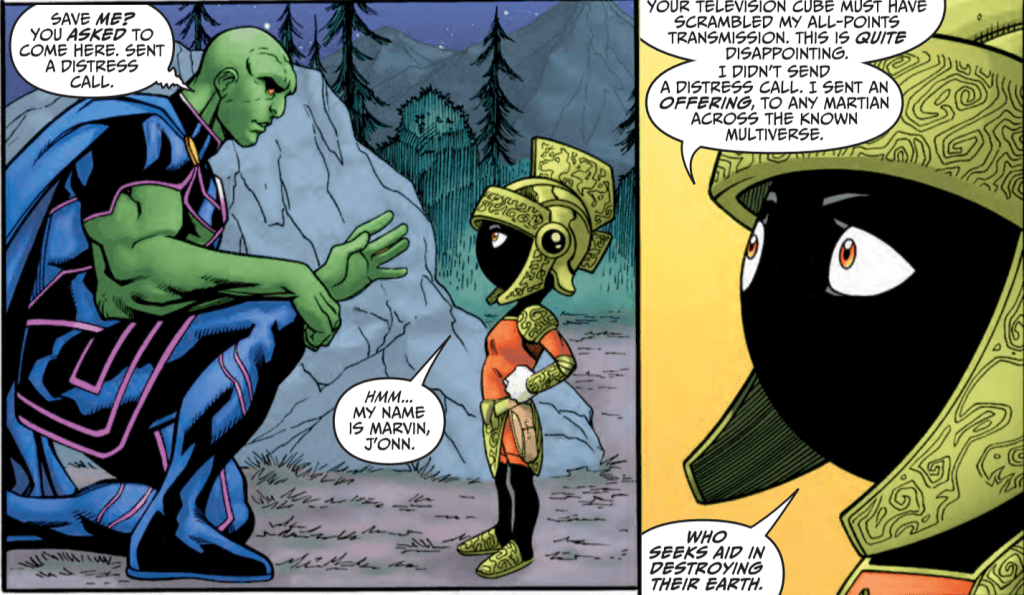 J’onn quickly learns that Marvin’s signal wasn’t a distress call but an offer to eradicate Earth. Upon this realization, we get two clashing ideologies between Marvin and J’onn, arguing over humanity’s potential for ruin and greatness. Barbiere and Orlando create a true dream team write up for this one-shot. There are no dealings in any wacky antics, just a strong look at misanthropy, prejudice, and the very nature of mankind. Marvin provides case after case for why humanity is trash, which J’onn combats with hope and patience. I’m a true fan of the depth that Marvin The Martian gets in this one-shot as opposed to how we knew him to be upon growing up on Looney Toons. Marvin The Martian is militant as fuck in this iteration and honestly, I’d probably side with him on this shit. Fuck Earth homie. On the real.

Aaron Lopresti and Jerome K. Moore are perfect for this one-shot with their visuals. They gives us a look at a truly hopeful J’onn that then turns to horror and even violent rage later on. We’re not always privy to the Martian Manhunter going through this range of emotions but Lopresti and Moore were sure to utilize the full spectrum, as well as make Marvin a realist. Marvin doesn’t come across as goofy but more so a serious threat even with his small stature. Each page with these two Martians talking or at one another’s throats is pure perfection.

This story serves as a one-shot that you can revisit constantly. It even makes you desire to see another encounter between the two down the line. The contrasting ideologies between these two vastly different Martians was a genius approach for grade-A story telling from this collective.