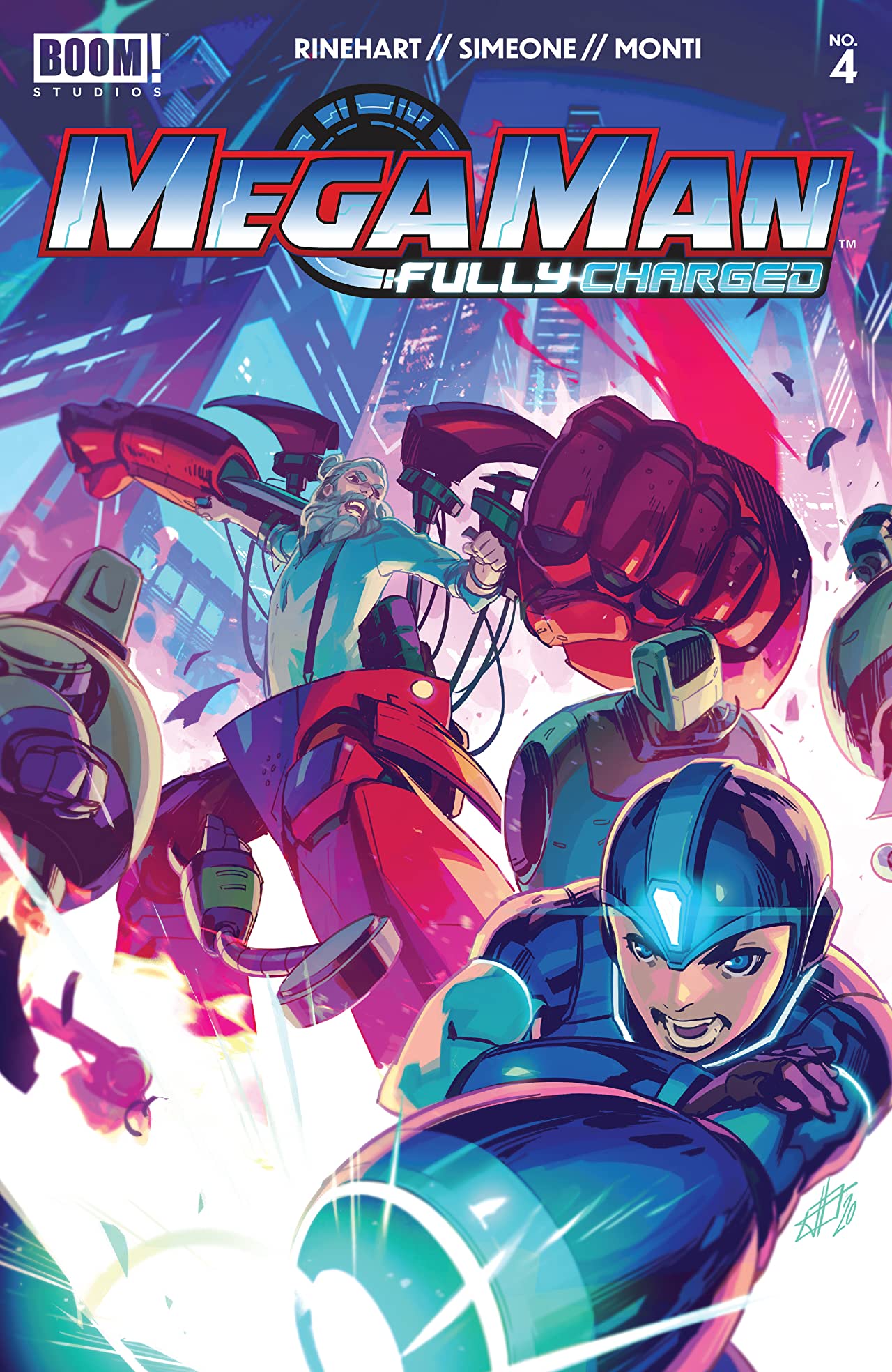 As Mega Man: Fully Charged continues to push forward, I can safely say my favorite part of the series is Simeone’s stylization of the Mega Man cannon. The Bomb Bomber looks sleek and his counterpart Zero who gets to deliver one hell of an opener at the start of the issue is equally cool. And the comic is just visually tantalizing. The coloring work from Igor Monti and Sabrina Del Grosso make all of the pages pop, and Dukeshire’s lettering remains consistent.

The main narrative lives up to the stellar work of Simeone as Rinehart continues to delve into the complicated history of Silicon City and Mega Man’s involvement in it. Everything moves at a brisk pace, and there’s a decent balance between exposition and humor.

Skull Man’s presence as the primary antagonistic face of the series is welcome given how cool his character design is and how determined he is in his mission to take Mega Man out, even as Dr. Willy plays out his elaborate con.

Although, at this point, I’m finding there isn’t too much left to be said about the series that I haven’t already covered before at this point. The action is great, and as busy as the pages get, everything still remains easy to follow. The ebb and flow of conversations have a nice cadence to it, certainly helped by the occasional quip. It is a solid showing all around.

I don’t think this issue is gonna convince a new reader to pick up the series, but I do think that those following along are definitely going to continue to have a good time.