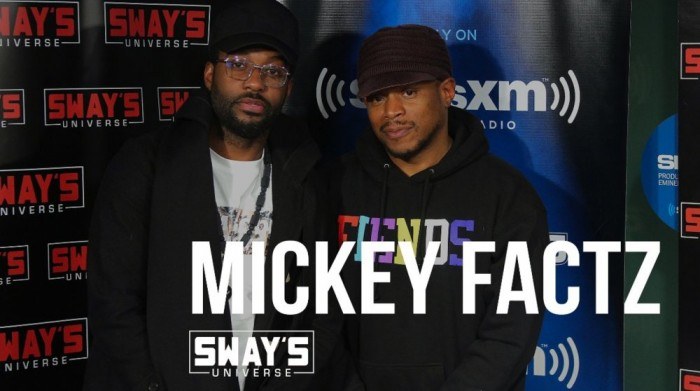 Lemme tell you what the fuck I show up for. I show up for bars. Kit-Kat, Klondikes, and especially rap bars. That’s what I come for, that’s my food pyramid if you will. If I hear a great verse, a fucking hardy helping of entendre and imagery? I can live off that for days. Now, a bit ago there was a video of Shia LaBeouf featuring on “The Wake Up Show” with Sway and King Tech that lit the Internet ablaze. In the clip, LaBeouf is goin’ in on an instrumental. Everyone was impressed with this from LaBeouf, probably cause it was his own words. I was like okay, well that was… that.

I was feeling like Angelica Schuyler (inside joke for Hamilton-stans) after hearing LaBeouf, and went rummaging to find something to listen to while I ate lunch. I fucked around and saw that Mickey Factz had been on “The Wake Up Show” in an older video post. I was like “alright, I ain’t heard Factz in a long time I’ll hear him go off on a beat” …I wasn’t ready. I was not fucking ready. I had no idea Mickey Factz was a nerd and this guy wrote a rap special for Sway that was all gamer and comic book references. You don’t hear me though, it was all avid gamer and true-blooded elite comic book references. I’m not talking about some oh I’ma name some comic book characters everybody knows and games everyone knows type references. NO, NERD. THIS IS A MAN THAT FUCKING LIVES THIS SHIT!

“Living stable with a wild pack like Silver Sable
Sharp ripping out hearts thinking of killing Kano
Chill with Kratos, mess around and get a halo
First person shoot a man from the future as Cable
The flow different like tomato, tomato
Or quote it different like Thanos or Thanos.”

I heard that shit and got mad cause I had been about to fuck that salad up. That salad had almonds in it, roasted peppers with just a hint of fucking blue cheese and roasted shrimp. That shit was leveled, that shit was looking delicious, and I couldn’t enjoy it cause I WAS FULL OFF BARS NOW!

Mickey Factz made me pack up my lunch and save that shit for dinner. That’s bars! You don’t hear me man, you know why I know you don’t fucking hear me? Because you don’t understand where the fuck I’m coming from. All I’ve ever wanted to hear is classic bars on a hip-hop track. Do you know how long I’ve waited to hear Silver Sable and The Wild Pack referenced on a track? This is some Last Emperor’s Secret Wars level shit! Do you realize how obscure in comics Silver Sable and The Wild Pack is? The back issues you gotta go through to find that shit man?! “…quote it different like Thanos and Thanos”? Can you even fuckin comprehend the fucking… Thigh-Nos and Thay-Nos? Do you even know? No, you don’t. You don’t even fucking know, man.

“Turtles in time, I’m into deeper dimensions
Enough for me to tag team with the other Simpsons
Gotta save Maggie, I’m Dante with the heavy flairs
Everywhere, watching for snakes wearing metal gear
Heard that the devil may cry, we seeing heaven near
Spider-Man, I’m putting Max Dillon in electric chairs”

“I’m Stan Lee in a cipher, Jack Kirby of writers
Frank Miller drawing lyrics in lightning
Bob Kane with a virus, Joss Whedon with a sinus eye drip
The black Tim Burton with reciting
I’m still Mickey with a few layers
A true player bag Lara Croft and then turned to a tomb raider”

I fucking lost it here. This is where I couldn’t anymore. Not only is he referencing heroes and villains by their government names, so if you don’t know who he’s talking about your nerd card gets revoked, Mickey took it a fucking step further and started naming writers? Sure everybody knows Stan Lee of course, you can throw in Jack Kirby too but my man paid homage to Bob Kane co-creator of Batman (shouts to Milton “Bill” Finger. We know, yo) then Joss Whedon and Frank Miller? Stop it. Stop it. When the fuck did your fave ever get that fucking in depth? Huh? Huh?! Get the fuck out my face with that shit man. You serious? That’s what I’m talking about. That’s how you show your whole nerd card in a mofos face. That’s real shit right there. That’s the truest nerd shit right there. The best part is that Sway knew all these shits too, he couldn’t even contain himself hearing all this.

What?! That’s how you pay homage to the culture of comics and hip-hop at the same damn time. I had no idea Factz was about that life man. There are so many other references I could name too — when you name drop Aquaman and Sub-Mariner on a track you get nothing but my utmost respect from jump street. You know a freestyle is good when you gotta download that shit and edit it down to when it starts and stops so you can play it on your iPod (yeah I still use a fucking iPod. This is me!). Mickey Factz deserves the nerd medal of honor for this shit right here man. This is the shit I scour the Internet for right there. This is the nerd bars I’ve been wanting.

“Fuck shoes, can’t get with ’em, dog
I got a problem with Clarks like General Zod” 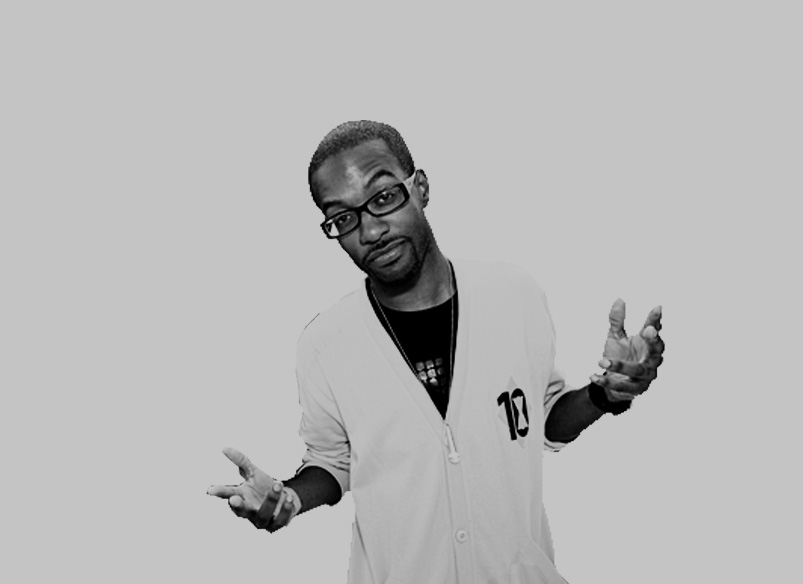