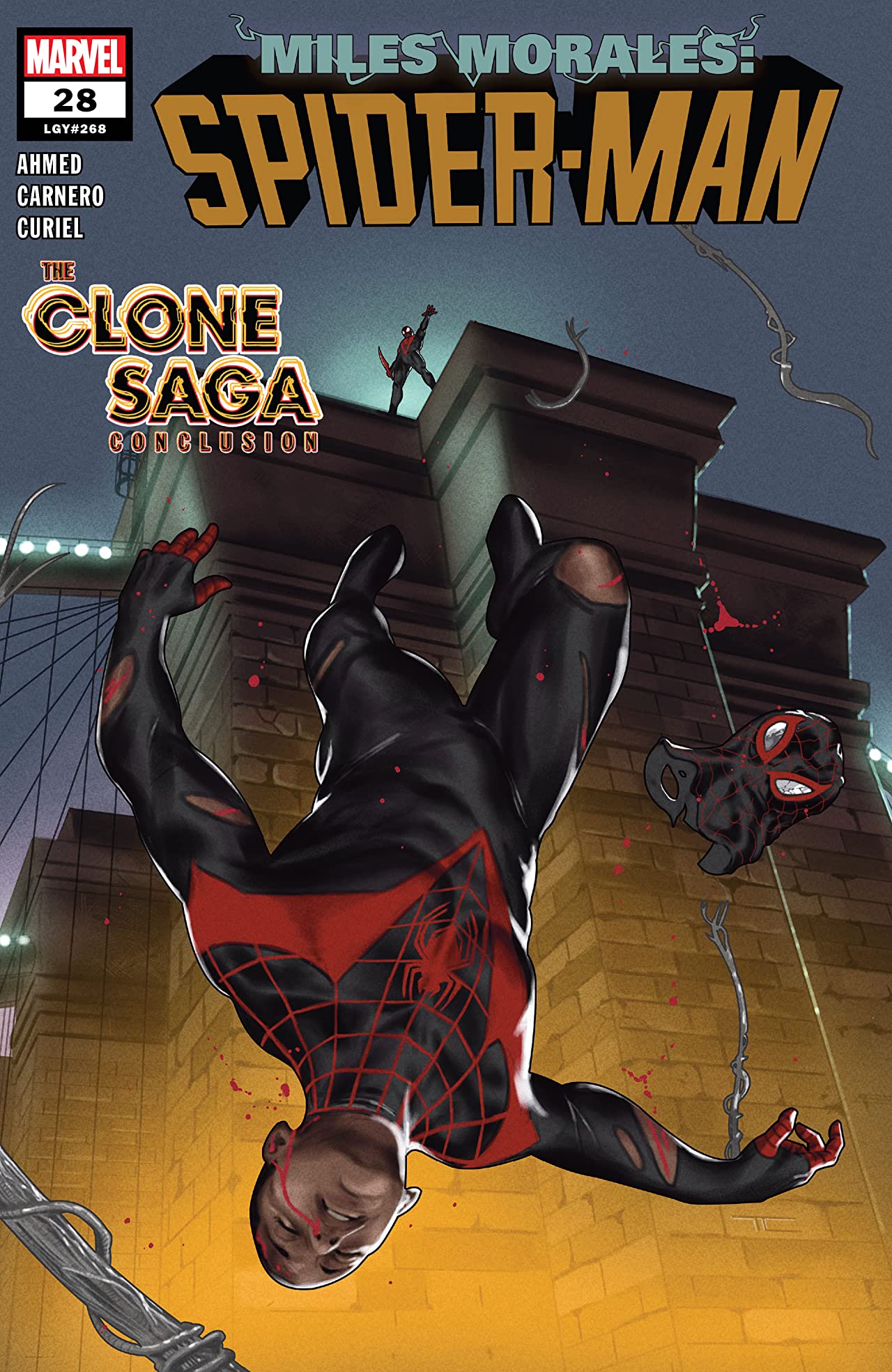 When Miles Morales’ Clone Saga began, I thought we were getting another long, drawn-out event attempting to tackle this infamous storyline. Instead of an event, Saladin Ahmed’s Clone Saga ended up being a short story arc and it’s for the better. The Clone Saga has been an interesting story, weaving together the best aspects of any Spider-Man.

Lately, it feels like Miles is going through his own gauntlet of sorts. Similar to what Peter went through during Dan Slott’s run. Since the Accessor, he hasn’t been right. The constant battles and losses have taken a toll on him, making him angry, causing him to lash out and make poor decisions. In issue #27, we learned the origin of the Clones and their time with the Accessor. They’ve had it way worse and Miles took away their only chance of having their own life.

The theme of family is all over this story arc. With the introduction of Billie, Miles’ baby sister, the balance between family and being a hero has gotten much harder. His family is more vulnerable. While Salim might seem like a bad guy for attacking Miles’ and his family, his family was attacked first. Ahmed focused on the fact that even though they are variations of Miles, they are brothers and more importantly their own people. This Clone Saga is a tragedy. Defeating the clones is no win, as readers realize they are watching a family break apart.

This Clone Saga doesn’t really do much to redeem the original 1990’s story (if you want that, you should read the Ultimate Clone Saga from Bendis). However, it works as a great addition to Ahmed’s run on the series. It adds to Miles’ growth and his trials and tribulation as Spider-Man. It is going to be interesting to see what Miles’ next moves are. His family is growing and he still questions whether being Spider-Man is worth it, especially considering the effect his life has on them. This may be the end of Miles’ Clone Saga, but it’s only the start of more interesting things to come.