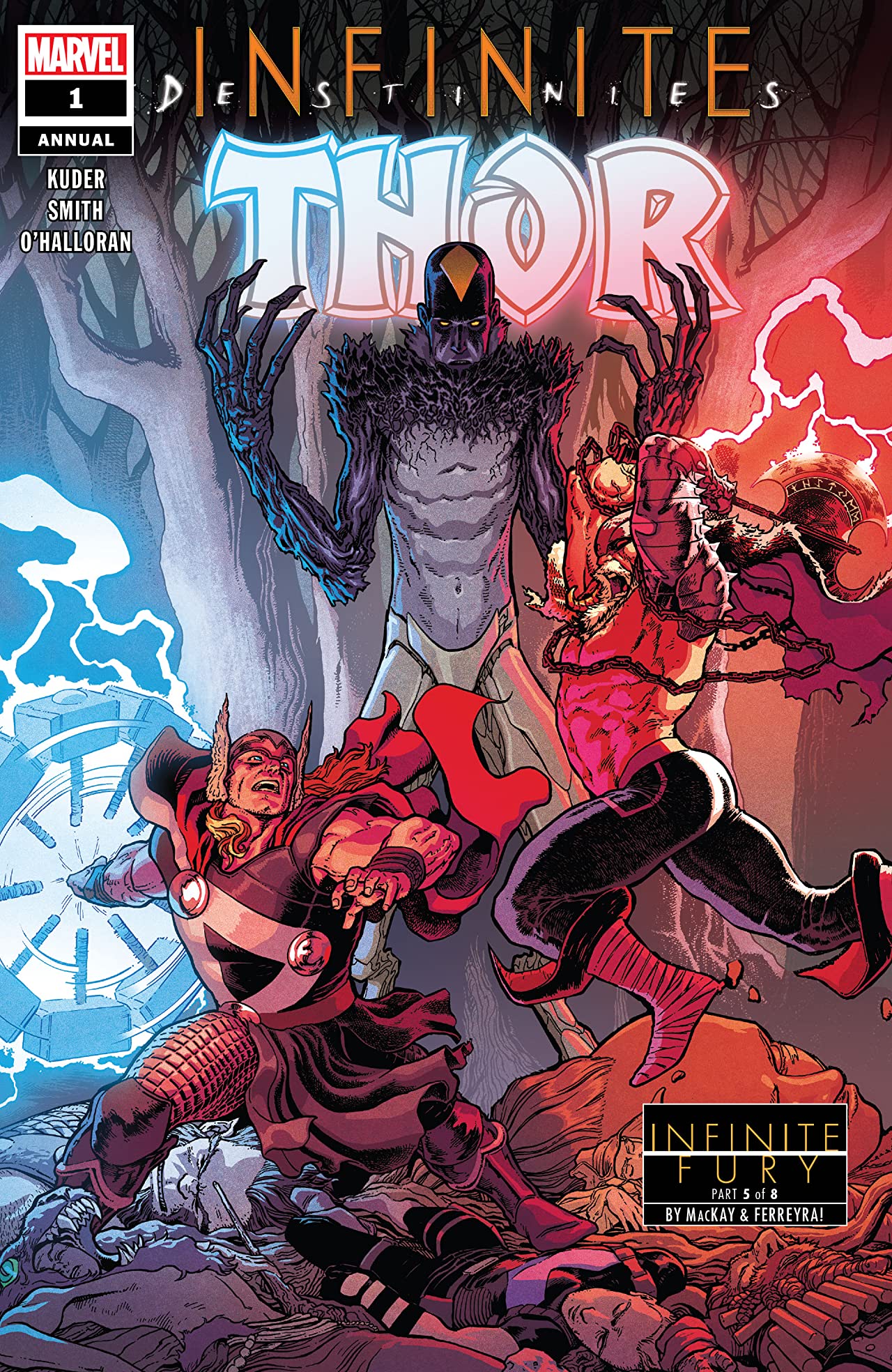 When you give writers a one-shot, they are guaranteed to have some wild ideas. Annual issues tend to bring out the craziest concepts a writer can think up for a story. And the format lets them run with that idea full throttle. Thor Annual #1 is probably Thor at its best, adding to what has been a spectacular run on the comic. Writer and artist Aaron Kuder’s work complements Cates’ run by building on those storylines to create a great one-shot adventure.

Thor Annual #1 places itself a year after the events of War of the Realms. The Light Elves of Alfheim are holding a gathering to celebrate the end of the war with Allfather Thor and representatives from each realm, including … well, Hawkeye. It’s here that I’ve realized how much of an effect Cates has had on Thor since his run started. He has really shaped Thor into the leader of Asgard. It’s only when this issue points it out that readers realize how much he’s grown into the role of King. There is a steep contrast to the Unworthy version of the character present for most of Jason Aaron’s run.

As always in comic books, nothing goes as expected. Something is bound to go wrong and that’s the exciting part about this issue. Kuder is pretty creative with it comes to this issue’s big bad. Vlag makes an impression and I’m hoping he’s more than a one-and-done villain. The whole concept behind who he is and how he tries to defeat Thor is pretty brilliant. I love how this issue manages to take us back to classic stories and wrap them to bring something completely new and interesting. It’s a crazy concept that has me wondering what this villain is capable of if he ever returns.

There is a lot to enjoy about Thor Annual #1. Kuder really put his skills to the test in both the story and the book’s art. It’s fun, and I love it when artists create beautiful panels and spread that make readers look at every detail to make sure they aren’t missing anything. The inkers and colorist did a great job as well. The issue does come to a rather abrupt ending, which I didn’t care for. However, it adds to the idea that Thor as a character has come a long way from who he used to be.