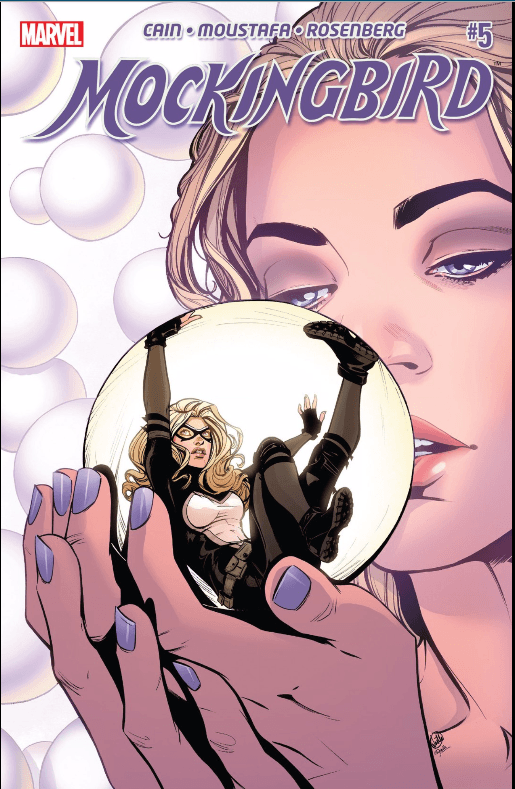 And here we are, with the puzzle wrapping itself around to the beginning, and the cause of all this drama becoming clear. In what has become a Mockingbird trademark, the issue starts with some insight into her thought process. And that thought process is, as usual, snarky and hilarious and just a little too true. 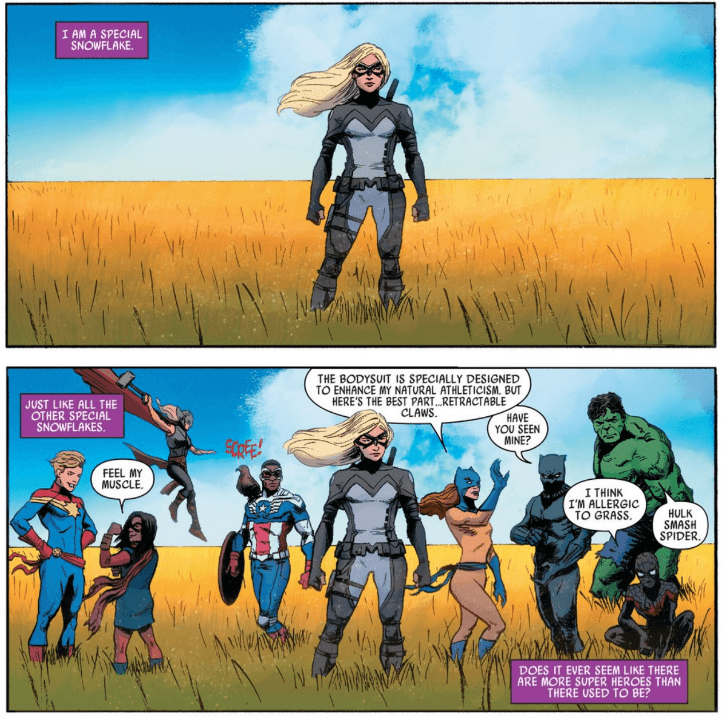 But before we delve into all of that, we have to fight the zombies.
Remember the zombies from the end of Issue #1? Yeah, we’re back to that. As it turns out, these aren’t disease zombies, exactly, but re-animated cadavers for science. Who still thinks that testing re-animating viruses on cadavers is a good idea? S.H.I.E.L.D does. This leaves Bobbi to save her parapsychologist and her primary care physician from the rampaging horde. (How many of us would think twice about saving our PCP? Be honest…) She then has to fight her way through the building to get to the experimental lab where the anti-virus is being held — on the third sub-basement, above the gift shop. There’s a classified map and everything. What follows is almost 10 pages of this: 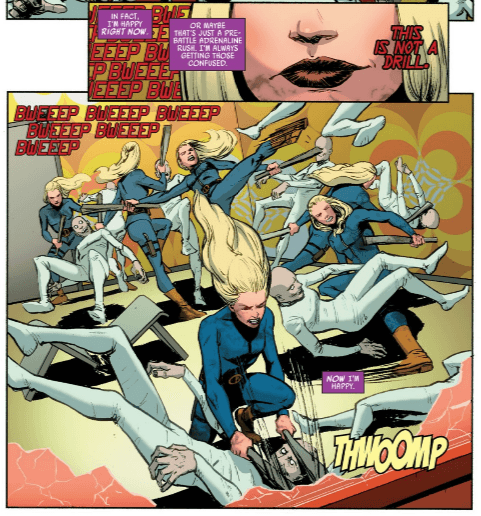 One thing you have to say about this comic beginning to end, is that it is an action comic. Whether it is Hellfire Club members, teenaged girls, or science-terrorists, Bobbi knocks them all out with grace and skill and not one bit of remorse. It is fantastic to read.

Joining her in this beatdown are two other superheroes, one with chronic existential angst and the other with the chicken pox, both of whom hold their own. I’m not going to spoil their identities, but I will say, they are a surprise and a joy.

So what do the zombies and the fighting and the strange glowing ping pong balls all have to do with each other and a virus and the Saiga antelopes? What? Haven’t you been reading along? You should. Bobbi’s not the same person you thought she was 5 months ago, but she’s not a superhero either. And that, perhaps, is the best puzzle of all.

Next issue (yes, the series continues!) Bobbi joins Civil War II and brings the corgi along for the ride. Can’t wait!

Want to know what happened before? Forgotten what was in the puzzle box to start with? Read our other Mockingbird reviews and be ready for what’s next.