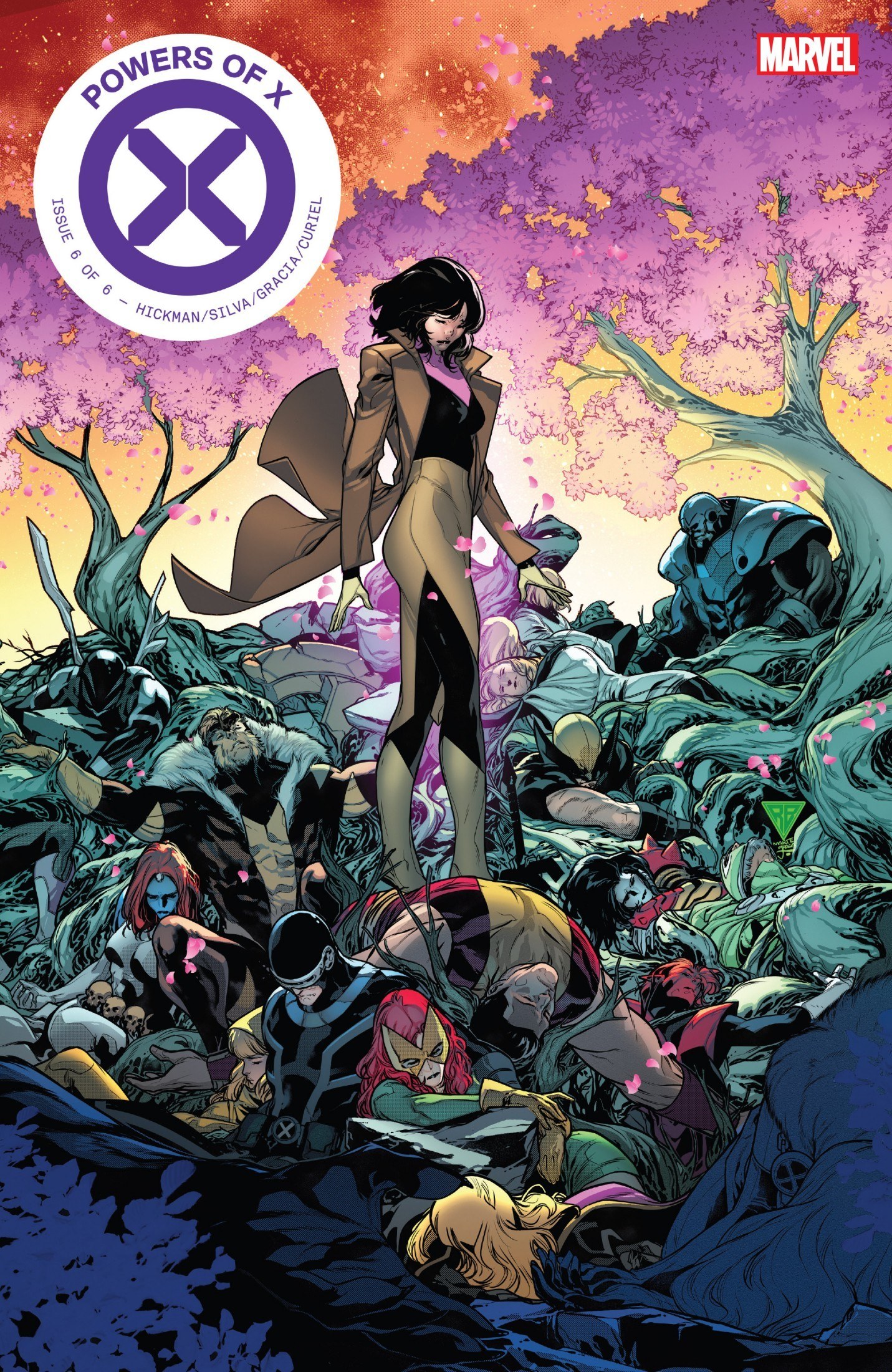 “We are the perfect tools for an imperfect age.”

X-Men fans can admit – Wednesdays for the three months have been the highlight of the past year, if not decades for old school mutant readers.  Jonathan Hickman’s words, Pepe Larraz and R.B. Silva’s images, and Marte Garcia’s colors revitalized the style, energy, history and purpose of the X-Men in a way that makes us forget there was a time when they were lowered to fighting the likes of the Inhumans. In the grand finale of the Powers of X/House of X twin series, new seeds are sown, secrets revealed, and questions raised that will shape at least the next two years of X-storytelling.

Alive and remaining in isolation in her “No Space” beneath the surface of Krakoa, Moira X takes the spotlight in this issue. The revelation of what experienced in her sixth life stretches to Year X3 – the one thousandth year of X-Men history where the last mutants, humans, and animals live in a preserve as a humanity lies on the verge of their Ascension to merge into the universal collective intelligence of the Phalanx.  Logan and Moria exist within the preserve as the last specimen of home superioro. The Librarian, a Homo Novissima and result of the homo sapien-nanosentinel fusion, visits them to propose a challenge. Knowing Moira’s power to resurrect and interfere in the timeline, he challenges her to convince him to let her die and potentially stop the Ascension in her new life, or he will merely send her off-planet and she will become part of the collective intelligence. 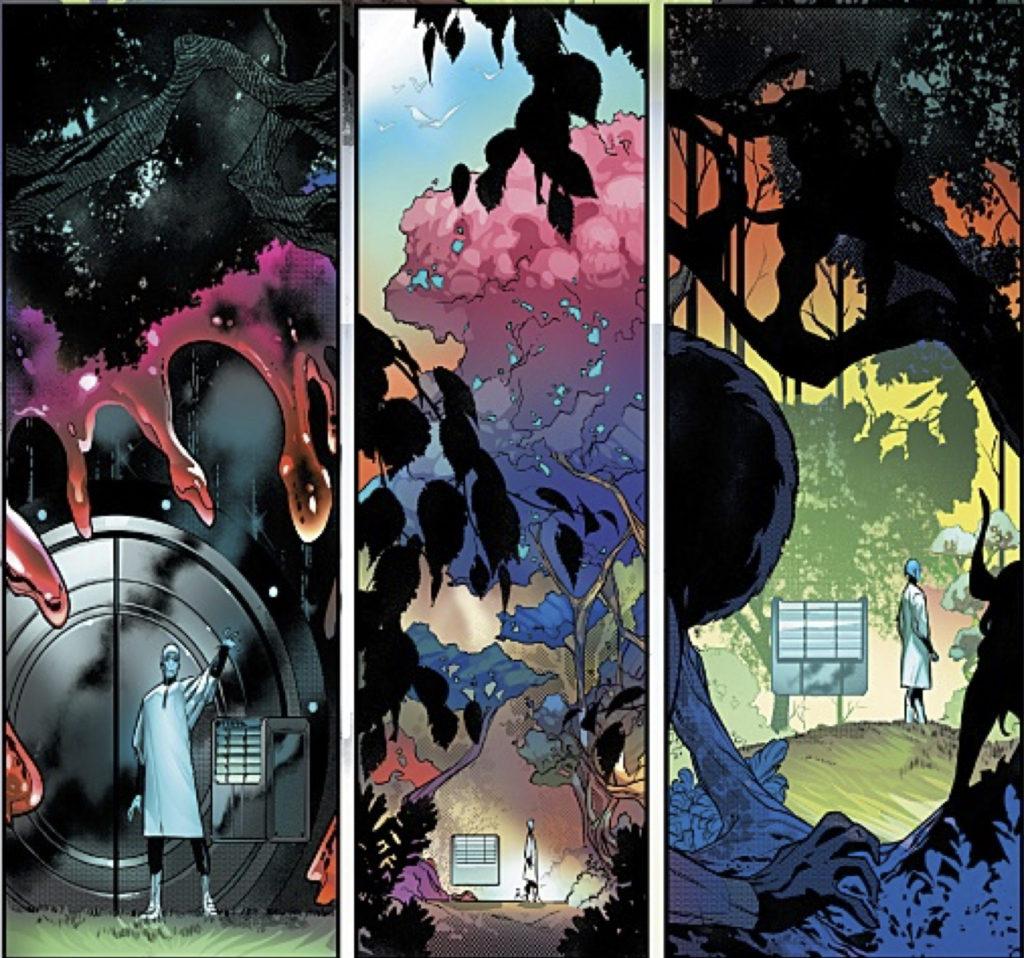 Moira ends the timeline with the aid of Wolverine in order to find the perfect path to prevent the one scenario that happens no matter what – mutant always lose.  Thus, in her tenth life, she aims for the path less traveled. In her past lives, she has been the destroyer of mutants, the ally of Magneto, consort to Apocalypse, and both a student and lover to Charles Xavier. Now,  she orchestrates what may be the last chance to save her people by bringing them all the mutants together through the unity of Krakoa and her dark secret that could it all. When Magneto and Charles visit Moira for tea to celebrate their final act of nation in the formation of the Quiet Council, Moira scolds their naive and premature pride.

With Mysitque holding a seat on the council with the condition that they revive Destiny, Moira reiterates the danger of allowing any precog on Krakoa. If Mystique catches on to the stalling of her request, she just may take resurrecting Destiny in her own hands. If she reveals her knowledge about Moira’s existence and her role in destroying mutants in her past life, the fallout could destroy Krakoa’s unity from the inside out. This is where the genius of the new Hickman-structured X-universe lies. Even as the grand narrative succeeds as an existential and political thousand-year war,  the emotional and character-drive anchor to it all lies in the repentance of Moira MacTaggert. 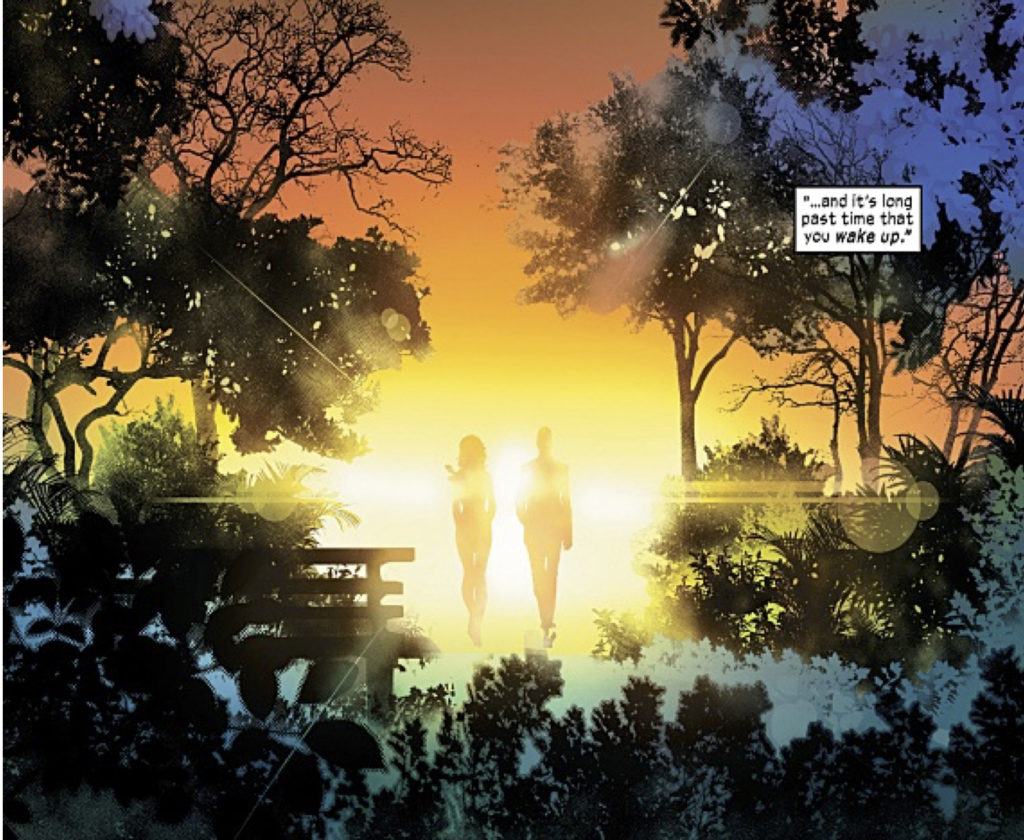 This is the first time in decades that the potential matches, if not exceeds, the excitement surrounding the next generation of X-Men stories to come.  How will the world’s governments and resident Marvel super-powered beings respond to the mutant’s new sovereignty? Can all the rogue factors on the Quiet Council of Krakoa suppress their own motives in order to hold a nation together? What happens when the other mutants realize that no precogs are allowed on island? What kind of moisturizer or baby powder is Professor X using to protect his scalp from Cerebro chafing? To what ends are the X-Men prepared to go in order to protect their nation?

Now, the choice is yours and whatever happens with your pullbox stays between you and your bank account.  The “Dawn of X” begins with X-Men #1 (Legacy #645) on NCBD Oct 16, followed by a new slate of old titles with fresh looks. The first wave of new titles includes X-Force (Ben Percy & ), Excalibur (Tini Howard & Marcus To), Marauders (Gerry Duggan & Matteo Lolli), Fallen Angels (Bryan Edward Hill & Szymon Krudanski), and New Mutants (Jonathan Hickman, Ed Brisson & Rod Reis). Even more X-titles are set for release in 2020, spearheaded by a new Wolverine solo series by X-Force writer Benjamin Percy, and art duties split between Adam Kubert and Victor Bogdanovich.  In setting the new status quo across for all of mutantdom and their place in the Marvel Universe, X-Line showrunner Jonathan Hickman has made the X-Men unfucwitable once more. Mutants, rise up.