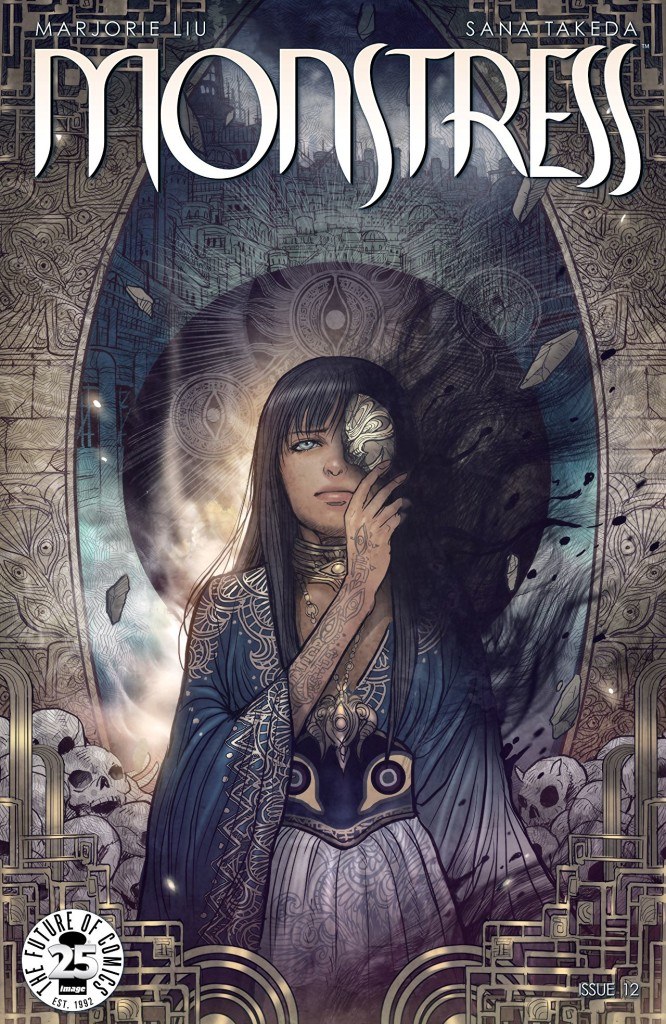 This issue of Monstress ends the second story arc and the creative team decided to to do the most to wrap things up here. Deals gone bad, betrayals, ambitions, and overachievers are sure to be a constant because this issue brings it all to a head.

The plot thickens incredibly as more information about Morkio bubbles to the surface. The drama bomb surrounding Maika’s mother and her reason for bringing Maika into this world is revealed and it’s both heartbreaking and totally ingenious. This totally puts her struggle in a new light, and I’m sitting here still stunned by the revelation and what this means moving on. 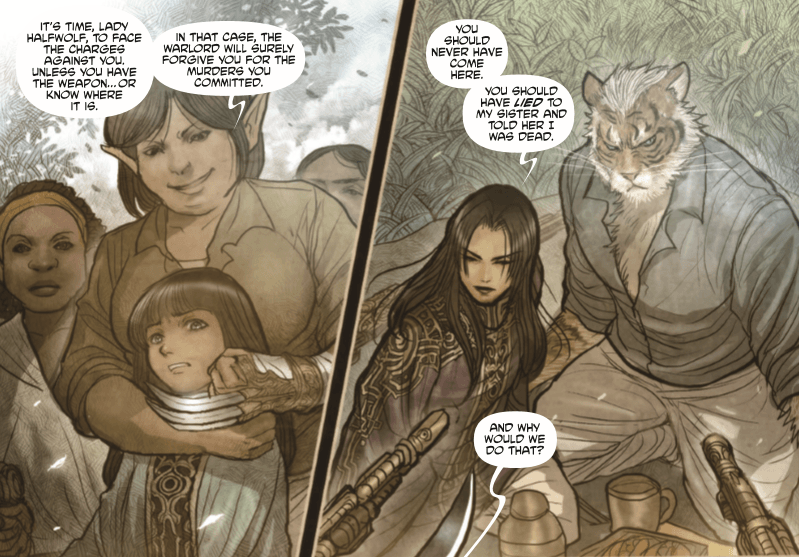 Throughout this series I had redemption, the act of seeing it as possible, as a reoccurring theme as I reviewed each issue. While last issue was a weaker piece in the story, this one starts to right the ship, gathering up loose ends that I felt were perhaps taking too long to connect. Previous issues I thought of characters seeking redemption versus salvation — how Maika and the now-named Zinn, the Monstrum inside her were fighting and making their way to redeem themselves of past sins… of past traumas.

I even speculated Maika seeking to redeem her mother of whatever unspeakable trials and tribulations she had participated in that brought about her death. Now I’m convinced that redemption is truly a theme here to stay; that being in a constant state of fighting back, biting for your survival, doing all the awful shit that doesn’t get talked about (until it does and it’s never pretty) means you’ve got red on your ledger and you don’t hope to ever be spotless again. I really get the feel of desperation to a point where survival becomes something else, that it takes on a new name, that it transforms itself into something different altogether. There is a breaking point here in the second half of this comic that demonstrates this and it is a beautiful thing to witness as the artwork syncs up in near perfection on the pages. 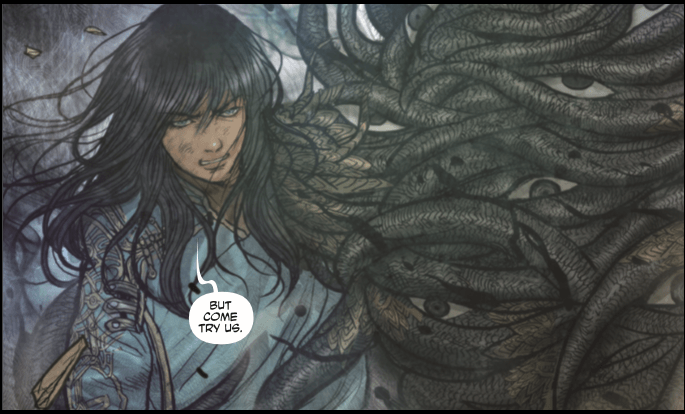 The fact that this all takes place on a island of bones, a cemetery, a prison where those who visit may never leave, a perpetual birth place of death is astounding. Maika is the girl who lived. Whether you think she has her soul intact, she could care less because she, and Zinn, have survived up to this point, way further than anyone thought they would. Here’s to seeing more of the trouble they get into come fall when the series returns.

Reading Monstress? Find BNP’s other reviews of the series here.