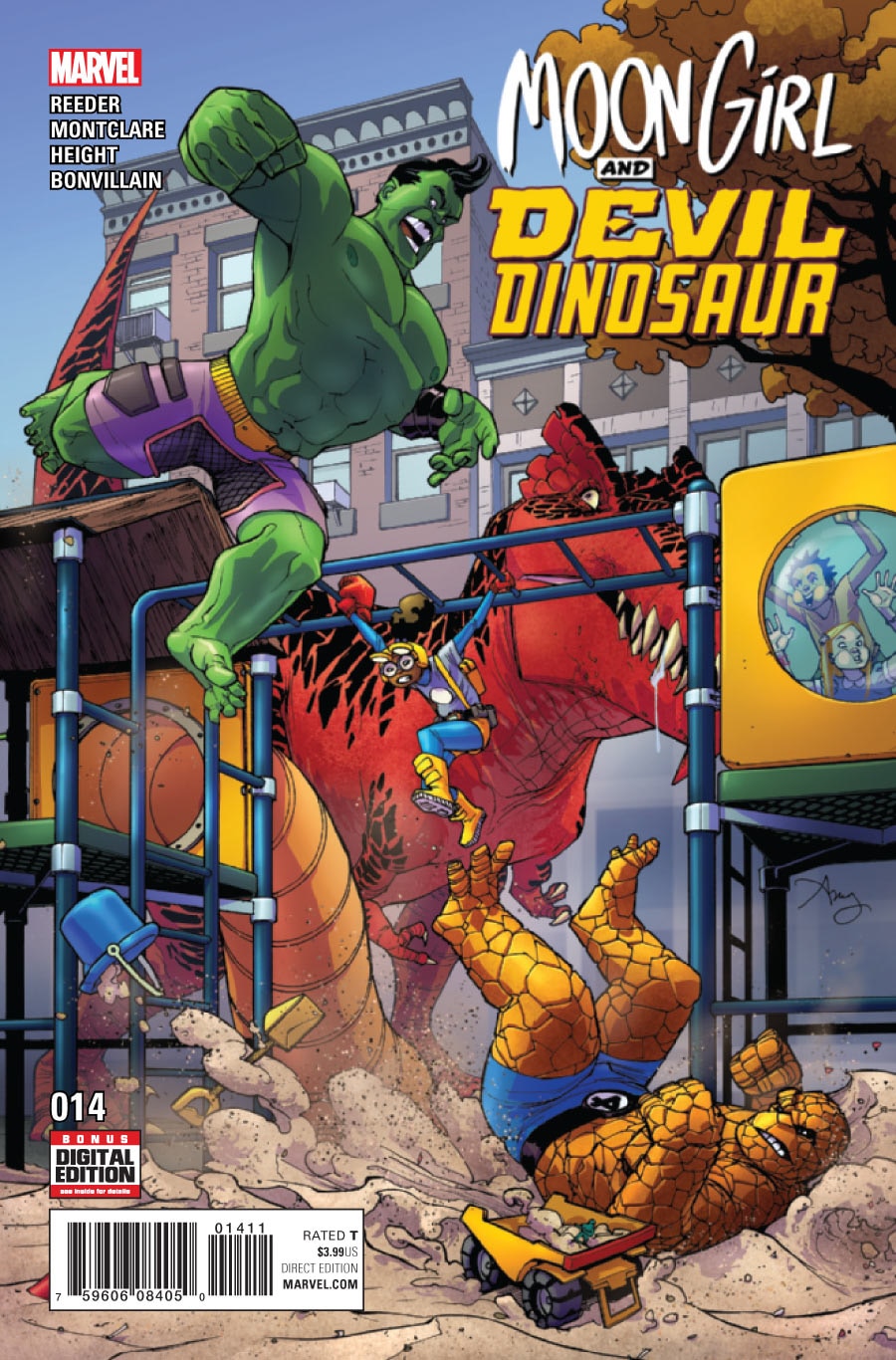 Folks, we have to talk about Moon Girl and Devil Dinosaur. If you’re talking about diverse comics and you’re not talking about this engaging, delightful ball of Marvel goodness, I humbly suggest you be the change you want to see in said conversation. Amy Reeder has something truly special in Lunella Lafayette, the new smartest person on Earth.

Issue #11 sees Lunella being still dealing with what it means to be the world’s smartest after having solved the Banner B.O.X./Gourdian Knot/Kobiyashi Maru/Divergent Box or whatever they’re calling this impossible macguffin puzzle. Ben Grimm shows up to see what this much discussed “Moon Girl” is made of, seeing as an old friend of his (from a family that Marvel has low key distanced themselves from lately) used to be at the top of this list. This ended up being a really interesting because it actually turned out to be very telling about the emotional state of The Thing since he’s been left to his own devices now that the Fantastic Four is disbanded and the Guardians of the Galaxy are stranded on Earth. Ben seems to represent the Old Guard in the All New, All Different status quo, insecure about who he is and where he stands in a world where young people like Lunella (who, at no point, asked for his help), instead of mimicking their elders, are starting to approach old problems from new angles. Reeder is really holding a master class in constructing a diverse hero for Millennials to relate to. 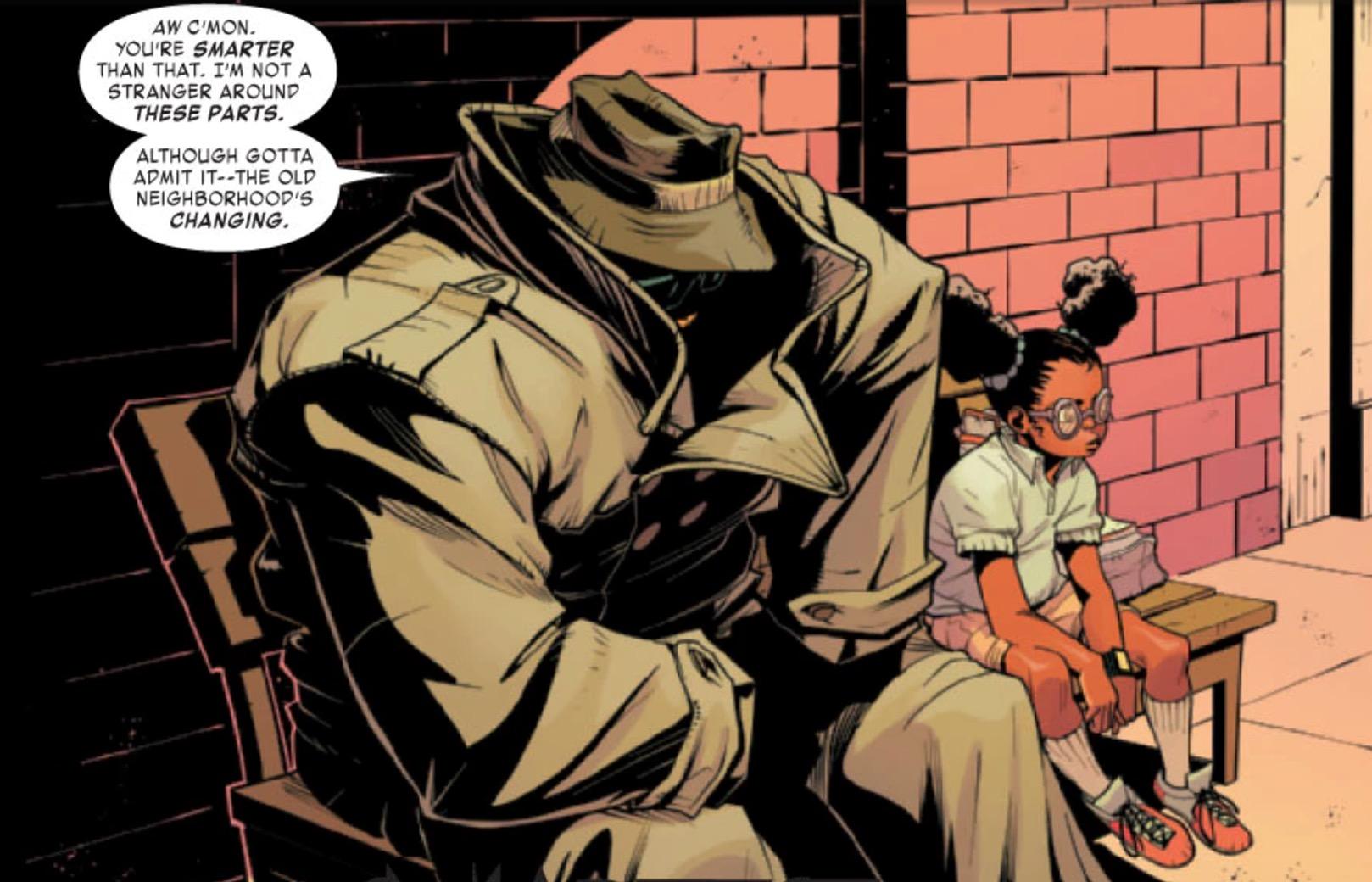 Ray Anthony Height’s artwork is a revelation, perfectly capturing the scale and gravitas of this big world through the eyes of a young girl looking up at it for her place in it.

Bottom Line: Amy Reeder has a sleeper hit on her hands. This is one of those books you’re going to wish you’d given flowers at the ground level. Pre-order the trade paperback and thank us later.

9.5 Denver The Last Dinosaur Reruns out of 10

Reading Moon Girl and Devil Dinosaur? You can find BNP’s other reviews of the series here.