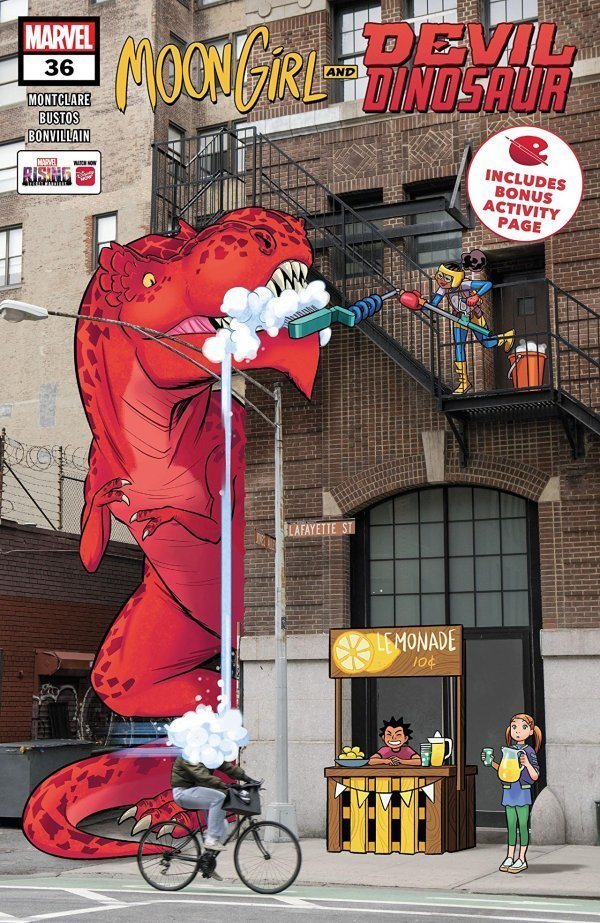 Moon Girl and Devil Dinosaur is like the most entertaining edition of Afrofuturism for Dummies you could possibly buy for four bucks in a comic shop. Issue #36 brought Lunella’s war with Princess Fisk for the soul of P.S. 20 finally comes to a hilarious, nigh slapstick conclusion. It’s Test Day and Lunella has worries from all sides as the Kingpin makes one final play to make his daughter happy and make New York education great again. Brandon Montclare crafts an almost perfect “all ages Afrofuturism” tale that walks a fine narrative line that everyone can appreciate.

The book is consistently endearing and accessible while never once condescending to its audience or holding their hands. The slugfest wasn’t as satisfying as it was last issue, but the resolution is absolutely hilarious. The only thing better than a Moon Girl comic where she has everything under control is when all the well-laid plans go off the rails whether she likes it or not. Princess makes the best archenemy for Moon Girl. It seems like she and her father never miss an opportunity to take off the kid gloves and their best attempts seem to just bounce off of the Smartest There Is like bullets off of vibranium. Natacha Bustos’ artwork hits the mark yet again. 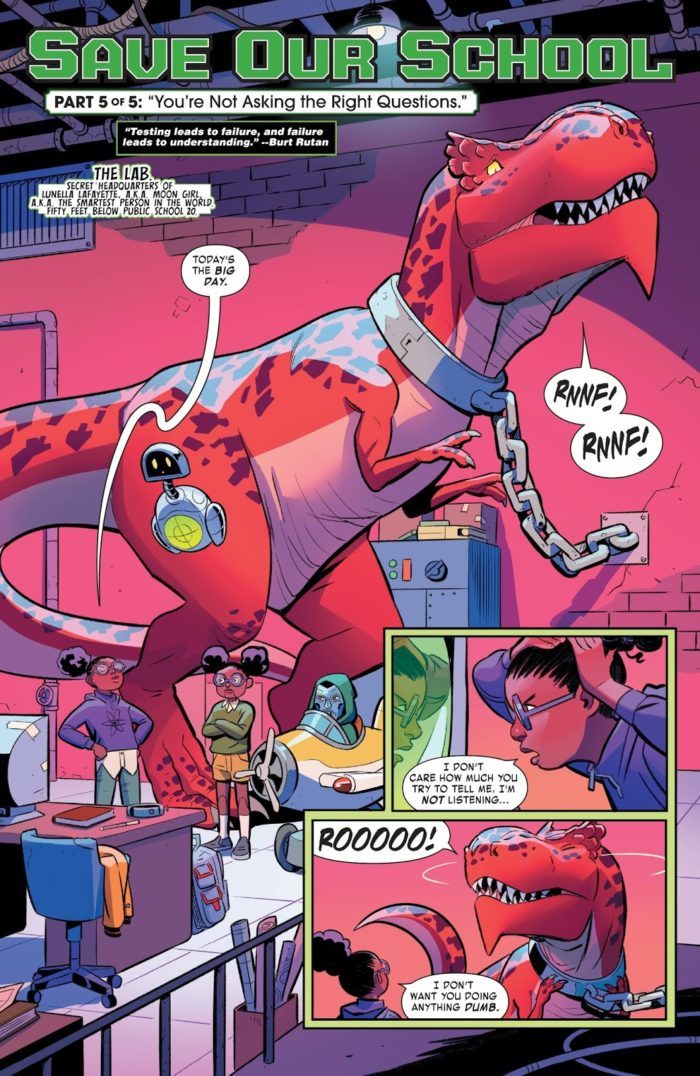 There’s so many hilariously bizarre elements to this book that the panels play completely straight. You’re drawn into the story to a point where you almost forget that you’re looking at Lunella argue over her own fembot doppelganger’s boredom. I can’t think of any other book where the head of a Doombot attached to a toy plane just casually happens as if that’s normal. But somehow, the linework and highly expressive faces make it all work.

Bottom Line: Another hilarious end to a fun storyline that forces our heroine to apply her daring-do a little closer to home. This book is a national treasure.