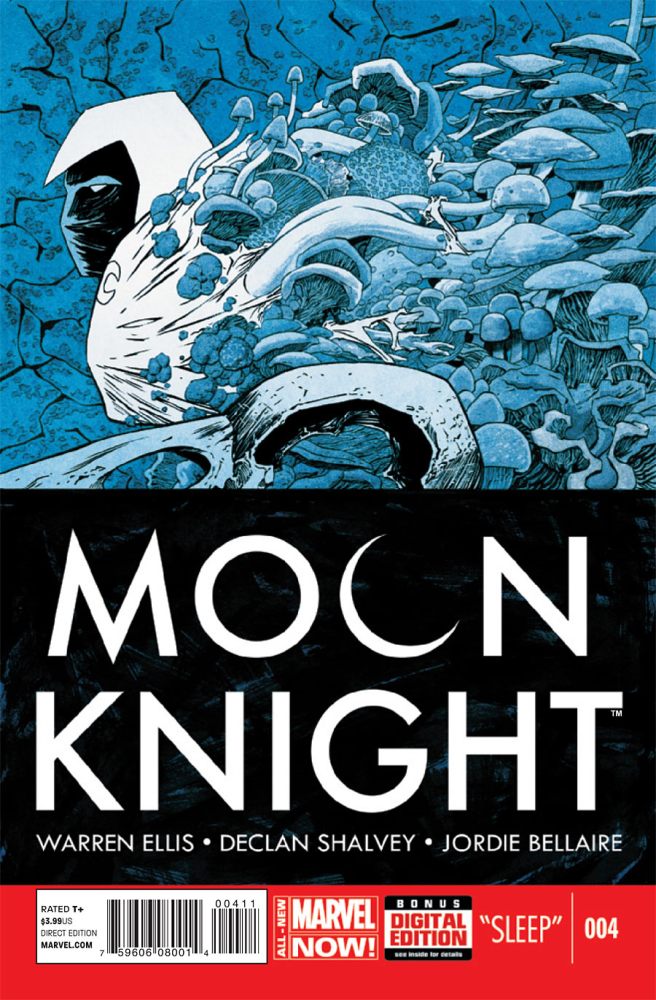 Each new issue of Moon Knight so far reads like an episode of “CSI: New York Superhero Division”. Ellis found a way to make Moon Knight have his own niche in Marvel that is highly different from any other hero I’ve seen. Seriously, at the end of every issue it feels like Moon Knight leaves the scene fresh as hell

This month’s case deals with a doctor whose patients have been having the same dream. A dream so vivid and violent that they are inflicting damage onto their bodies in the real world in order to wake up to no avail. The doctor believes there is something or someone in these dreams causing this and Moon Knight ain’t scared of nothing. We get to see him talk to Khonshu (the Egyptian deity he serves as an avatar for) to put him under. What follows is pure Pink Floyd acid trip dream state. Declan Shalvey does a great job of showcasing the randomness and instability of the dream Moon Knight finds himself in.

Warren Ellis is really taking Moon Knight to a new level. He brings a new dynamic to the street vigilante. This level comes with a new sense of style, confidence, and skill for Marc Spector. Moon Knight is truly the super hero affairs consultant for NYC. I am curious as to how the first actual running arc through issue will come about but if this individual case by case approach continues I have no qualms with it.