Three episodes into this 6-episode mini-series and we can finally assess Moon Knight proper. But where to begin? I suppose it makes sense to give you a taste of my overall opinion of the show and then back it up with some details and reasoning. However, BNP ain’t about that cookie cutter format, so just know that imma be on that real raw rap shit on this one. I’m not saying I’ll be droppin’ F bombs on folx but just like Disney+ hit you with that “Content Rating for _______ has been updated to TV-MA” email, don’t be surprised when the metaphors are on The Wire or John Wick with the flow.

Speaking of John Wick, there’s no modern sensation that I can compare Moon Knight‘s ferocious global action to besides Keanu’s marvelous and savage trilogy.

Moon Knight is initially set in London, but the show doesn’t tether itself to that location. This was an excellent decision that allowed for some international bandwidth. Marvel movies and shows heavily rely on the cities they are set in, and it was imperative they got this aspect of production right for Moon Knight.

Our main character, Steven Grant is a mild-mannered British gift-shop employee suffering from blackouts and memories of another life (if Wikipedia is to be believed). If I’m to be believed, he’s a nerdy British dude who works as a nobody at a museum despite knowing more about the art and exhibits than pretty much anyone else we meet in the show, but he also suffers from dissociative identity disorder and a wicked case of memory loss. It’s great. Steven and the more prominent Marc Spector (and perhaps even another), swap personality control of the body leaving a bloodbath in their wake. Well, unless it’s Steven. Then it’s just hijinks or mayhem.

When I think about what really impresses me with Moon Knight, I immediately go, “Oscar Isaac is an absolute beast.” I think about how much of a gift to this earthly plane Isaac continues to be and thank my lucky stars he was game to bring this very underrated hero to life (and he put Ethan Hawke on)! I think about Steven and Marc jumping back and forth into the main character spotlight, with impeccable linguistic code switching from British to American English. Hopping from a jittery, well-meaning little victim to a cutthroat mercenary with a license to kill or beat the living shit out of anybody in the way of Khonshu’s vengeance

And hold the decision making because I haven’t even gotten to the other best part of this show. THESE HANDS! Moon Knight puts the paws on ayebody, and it fills my heart with joy how merciless he is about it.

Moon Knight got hands that would inspire Rock Lee to give Sasuke another shot at getting lumped up!

Moon Knight got hands that would beat the brakes off Annie in Titan form.

Moon Knight got hands that would inspire Mike Tyson to come out of retirement rockin’ the ceremonial armor on the way to the ring!

Moon Knight got hands that would get Machamp hype to shoot the fair one with Charizard one time.

Moon Knight got hands that would make Batman think he done gone soft.

Moon Knight got hands Neo couldn’t slow down or block.

Moon Knight got allllllll the hands so the travelers of the night can get it poppin with no worries!

Moon Knight got hands ya’ll and you find out how deadly those Fists of Khonshu are early and often. But I must say, Marvel Disney is using these personality swaps to their sensory advantage, and it’s actually progressing the plot along at the same time. When Steven comes to with a gun in his hand, bodies on the ground and no recollection of how he just murdered half a dozen dudes, it creates a certain air of mystery and creates long term investment in the character too.

Isaac takes these moments of bewilderment and runs with them, making magic unfold before our eyes. Did I mention that you do begin to see Moon Knight beat the living piss out of the villain’s thugs on the drop of a dime? It’s glorious. The blackout scenes establish intrigue for how nuts of a fighter killer this Marc Spector? side of him is, then they take the reins off and fans get a front row seat to the intercontinental carnage.

Don’t Forget About the Marvel Mythology

I won’t dive into the Egyptian Gods lane too heavy, but I have to give a shout out to Marvel, Disney and everyone else who decided they could push this extremely brown cast and storied history into the homes of MCU fans everywhere. To hear the names of the Ennead, the Gods of Egypt, get announced with every bit of grace and esteem that they deserve was worth the buildup that preceded it. Names like Osiris, Hathor, Isis, and Tefnut. LET’S GOOO!! And of course, Marvel is always connecting dots, so the theories on the street are that Thor: Love & Thunder will tie into Moon Knight with the God Butcher potentially coming to town in that movie. There’s also that potential castle we got a glimpse of when Steven got dropped off in the middle of nowhere. Could we have gotten a soft intro to Doom’s Castle in Latveria?? All we can do is hope and keep our eyes glued to the tv screen for what happened next!

All in all, I gotta say YOU SHOULD GET DOWN WITH MOON KNIGHT! 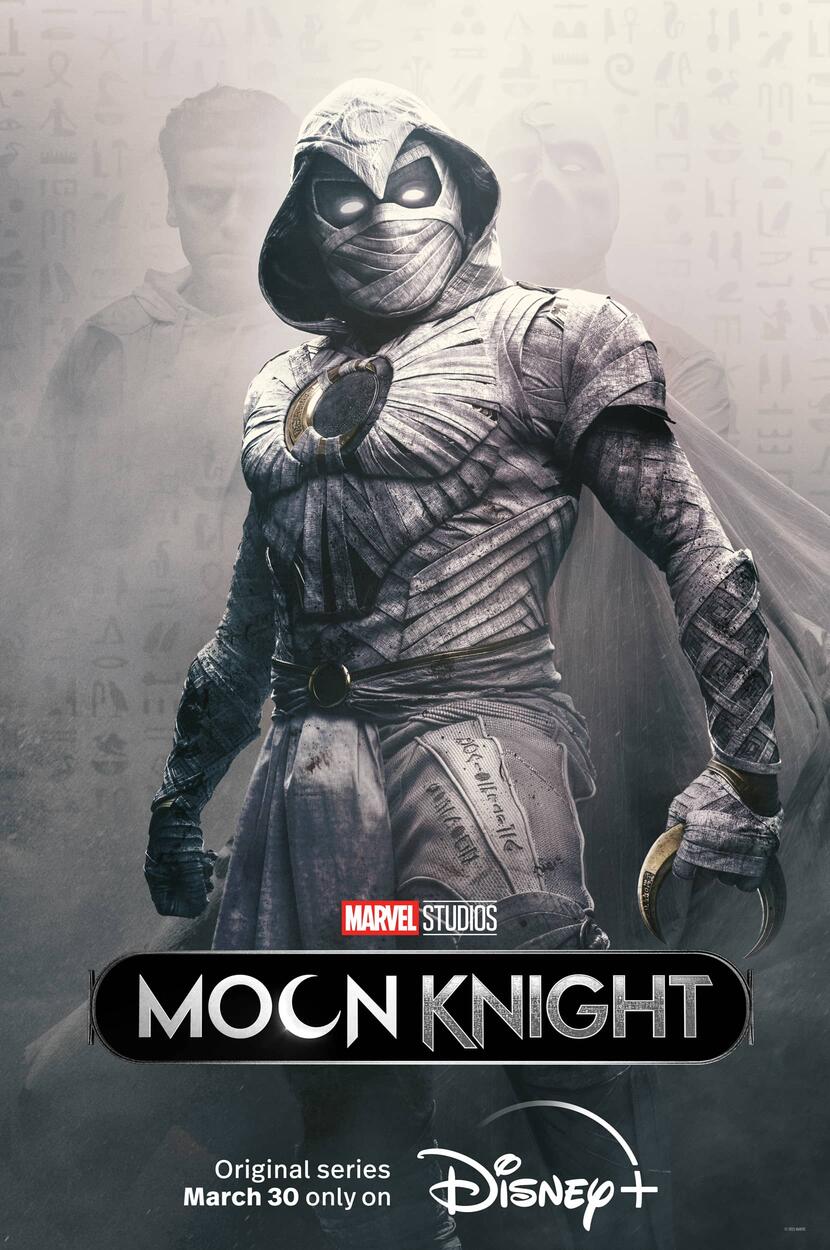