In a crowded movie schedule barreling towards the end of the year (and some of the bigger releases still to come), it is good to slip in a big-name movie that goes left from the typical formulas that holiday movies typically fall into. Nocturnal Animals comes with a big name cast (in only a few active roles) and an innovative-if-not-tangled narrative that will give you plenty to talk about and interpret after you view it. Is it a good movie though? Yeah, I don’t know about that. There are elements where the movie works and the experimentation is a welcome sight, but it doesn’t always work at the very thing it’s trying to do. The Tom Ford-written and -directed film seems to want to blur the lines between genres, but it only becomes a master of none in that fashion. The nature of uprooting from convention that the script does leaves it somewhat weightless and not grounded to anything. 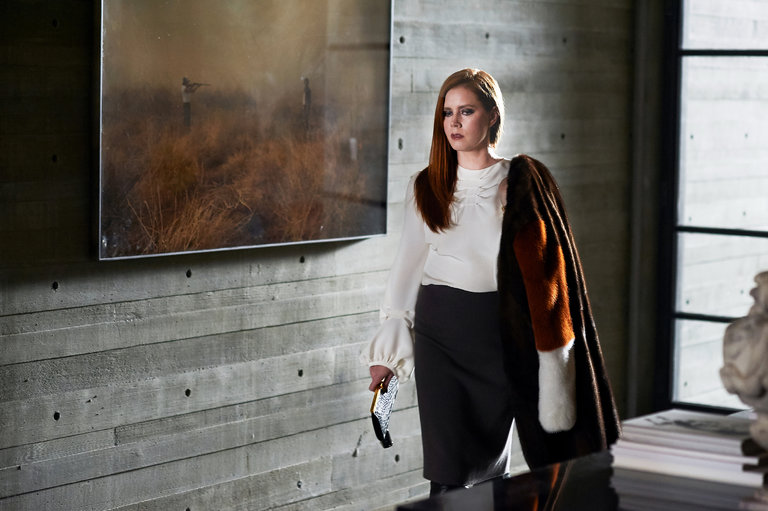 Despite what you may have picked up from the trailers (as they don’t inform the movie at all), the story centers on Amy Adam’s character Susan Marrow. She’s a successful curator at a museum of art, living with her impossibly good looking husband in a cradle of luxury. Their house is huge and staffed with assistants. They attend the most upscale and exclusive parties. But as you might have guessed, their marriage is an actual mess, Susan feels unsupported and invisible in her own home with her husband hardly ever present and even their enduring wealth may be a facade. The plot actually begins in earnest when Susan receives a manuscript from her ex-husband who hasn’t spoken to her in almost 20 years.

The true risk-taking of this movie comes in when Susan begins to read the manuscript, which begins to splinter the movie into three narratives. Susan in the present reading the book; Susan recalling her first marriage to Edward, the author; and the actual story in the book that Edward has written. They are all connected in someway, if not too closely for the nuance of the movie. The high drama occurs in the story in the book of course, as it follows a very dark and tragic tale for the protagonist, one that informs Susan’s life in some way. The lines are intended to be blurred between the narratives, but it often hits a little too much on the nose. What links them, besides the implied relationships between the stories, is Jake Gyllenhaal, who plays Susan’s ex-husband Edward in the previous timeline, and Tony, the protagonist in Edward’s brutal book that Susan is reading in the present. Got all of that? Whether noble or just lacking finesse, there’s an obvious parallel between Edward and Tony that’s for Susan to interpret. It serves as a good vehicle for Gyllenhaal to flex some versatility, but only serves the movie itself nominally.

Speaking of Gyllenhaal, the most promising aspect of the movie is the performances. Beyond Gyllenhaal, Adams portrays Susan in a spiral of depression, sleep deprivation, and isolation. Michael Shannon plays a cop in the fictional story that helps Tony after a tragic event and he is as good as he always is. His Bobby is a slow drawl, morally ambiguous law man who does things differently than most and really anchors that narrative and it’s driving force. A movie like this, that waffles between definitions, needs strong performances to stay interesting by half and it does that. Whether muted and subdued (Adams), often emotionally volatile or over the top (Gylllenhaal), or just flat out quirky and sometimes menacing (Shannon), they cover the whole spectrum.

What sits as a crutch for the film, is that the deeper the film goes, the more evident it becomes that there isn’t really anyone to root for. You might be waiting for certain events to happen and you might find yourself sympathizing with a character, but there isn’t really a desire to see any of them succeed. What you’re left with is hoping for something to happen before the end of the film. Which might be any manner of things, but if that doesn’t happen, you’re kind of left with a character study that doesn’t actually lead the characters anywhere. There’s also a number of just odd and obtuse moments that stick out in the film that don’t seem to inform anything, except to be these isolated archival moments. What Nocturnal Animals has in originality and good performances, it loses in cohesiveness and nuance. There will be plenty of debate regarding the ending of the film and whether viewers understand it or not. But the problems or triumphs that might exist happen well before that. In essence, you can follow along and give credit to Nocturnal Animals for doing something different, but it’s still debatable if it did that thing well.