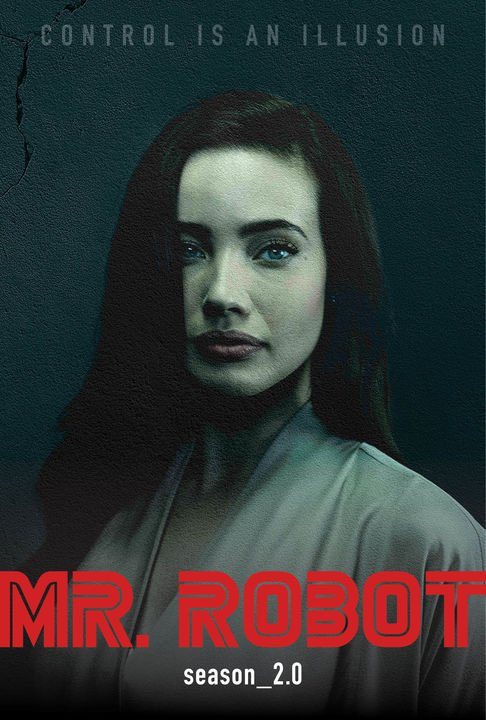 The Most Powerful Man In The Room

Something happened this episode. Something different. Something astonishing. This was the shortest episode of the season but it encompassed so much content and suspense that it made for one of the most impressive pieces in the Mr. Robot arsenal, all-time. Instead of that dope and coveted flashback opening scene we’ve gotten used to all season, Hidden Process blessed us with one of the most heinous and genuinely tyrannical conversations in this show’s history. Once again we are disgraced with men in rooms making world changing decisions. Terry Colby, the honest scum of the Earth, and Philip Price, the physical embodiment of Gargamel, are deciding what to do now that White Rose put the Evil Corp CEO in a bind following his inability to get Obama to bail out E Corp. Price makes Colby an offer, “Get your boy, who owes you that favor from that one time like 16 years ago, to whisper in Obama’s ear to gift the Congo to China.” ……HOLLLLLLLLLL UP!! Da Fuq he just say? This mafucka Gargamel wants to GIVE a section of Africa to China? Yeah son, you heard right. The Congo. Price wants Terry to convince his boy (who owes Colby a favor) to let shit hit the fan during a vote at the UN which would let China basically annex the Congo as some sort of subsidiary for investment, and this demonic creature in human form wants the US to abstain from the vote to let it happen.

A’ight for those of you who dozed off during Social Studies for 4 years straight, an annexation is a big fucking deal B. Remember the movie Little Giants? Remember the play at the end of the movie called, the Annexation of Puerto Rico? That play has a ton of meaning behind it, but I’ll keep it short. America “added” Puerto Rico as an unincorporated organized territory. So, technically, we own them but they ain’t no state. This power hungry mongrel Price wants to make the Congo China’s property to do whatever they damn well please with it. Aka make money off of the location, because money. This. Shit. Is. CRAZY!! But you know what? That fact isn’t even as crazy as the dark, diabolical speech that Gargamel drops once Terry Colby keeps it 100 and asks why his reptilian ass has any part in controlling a percentage of a cot-damn country in the middle of Africa. With the humorous caricature of a European map depicting the German’s views of each country at the outbreak of World War I, Price tells Colby that he always asks himself if he is the most powerful man in the room. Every room. Every day. Every time. And his answer is always yes. In every room. Every day. With the exception of 1 or 2 people (1 probably named White Rose). That is what motivates a man like him. This is Philip Price. 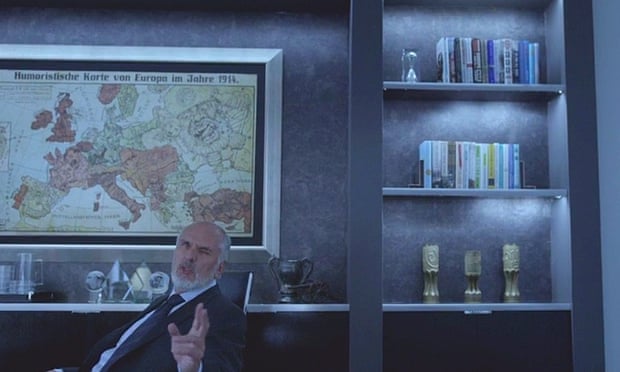 After months of uncertainty regarding what happened to Tyrell, Elliot comes face to face with the ride or die soldier herself, Joanna Wellick. She is waiting for him outside his apt. when he gets home from jail and brings him to her place. She asks Elliot where Tyrell is, shows him the phone, asks if he can trace the calls being made to the cell, and calls out his bullshit when he lies. After being fed the fuck up with his lack of help, Joanna drops the illest seductive bars any grown man would have caved under like a cardboard home in the middle of a monsoon. In his car ride home, Elliot wonders if this was the future he had dreamed of. He makes Mr. Sutherland pit stop at a store so he can pick up supplies, since the seductress supreme wants the phone to be traced ASAP. A frightening beast with the makings of a supermodel. This is Joanna Wellick.

Agent Dom DiPierro and the Feds have finally discovered the tech apt HQ and get witnesses to place Cisco at the apt with DC hacker dude. She brings 2 separate sketches of Cisco to her boss and he tells her that they’re going to the media with his mug. She tells him what we all know; that means inevitable death for his ass.

Darlene and Cisco stand over a body discussing what to do with the nearly dead-ass dude she sent to DC to drop those brass balls through the roof of Capital Hill. They lift up his shirt and see the most savage internal bleeding I think I’ve ever witnessed in televised history. This dude’s body looking like a tie die-bout-to-die tee. Homie’s internal organs look like they got put to use as Pacquiao’s training speed bag. Cisco takes over the role of convincing people to do things they never would and Darlene agrees to bring the seemingly expendable homie to a doctor. As they wait in the hospital, Darlene gets all introspective for a hot minute and reflects on Elliot’s prowess compared to hers and all others in fsociety. She wonders if she’ll always live in Elliot’s shadow. She goes into detail about her apparent abduction to some woman’s home and how nice it would’ve been to stay in that lovely place. I don’t know, it was some wild shit. Moral of the story: although she hates how much she’s been surpassed by her brother, shorty got mad love for Elliot. This is Darlene Alderson. Elliot begins to do work with his makeshift hacker kit full of Pringles cans and pliers galore. Elliot done set up the Linux burner computer, printer, and hack set 3000 in order to impersonate a police officer and get the location of the phone. Elliot finally realizes that Mr. Robot been gone ever since Elliot picked up the phone call from maybe-Tyrell in the hardware store, and wonders how Mr. Robot’s going to feel once he finds out the results of this cop impersonation hack.

Elliot makes the call and triangulates the location of the cell phone that has been calling. Mr. Sutherland jumps up in fear and asks if that’s where the calls are coming from. Elliot nods and dude gets all creeptastic talking bout, “He would never be calling from that house.” Yea, well da Hack Gawd don’t lie! He’s just the most unreliable narrator in television history. He leaves and Elliot receives a text from some mysterious person that says they need to see him urgently.

The nurse at the hospital recognizes Cisco’s face when the news bulletin flashes across the screen. She calls in the report and Agent D Nice pulls up and is tight that they just missed him and his girlfriend. But Dom is bright. She presses the nurse, squeezes out every ounce of info, and realizes the two of them probably didn’t go far and might be back.

Turns out, it was our girl Angela who sent Elliot the text. Homegirl gettin savvy with the coding swag! They link on their unspoken secret meeting train. She tells Elliot the Feds paid her a visit, asks Elliot why he started fsociety and tells our boy that she’s lawyering up and confessing to her crimes. They reminisce on lost high times and missed Back to the Future II movies. This is Angela Moss.

Angela questions him about past incidents and Elliot don’t remember shit! Angela tries to convince him to stop Mr. Robot from making his life hell and tells him its time to get off the train. They hug. Elliot tells us he doesn’t want to leave her. They approach. He finally goes in for the kiss we’ve all been waiting two full seasons for!!!

Keepin it real, I didn’t even want to include these kissing gifs, but kinda felt it was necessary to break down this scene. A lot of people have been calling this climatic embrace somewhat forced, cold, and stiff. I’m all for viewers reserving their right to their own opinion but I have to think that these people don’t fully understand the beautiful buildup that Sam Esmail has crafted over the first two seasons of this mind-bending show. I mean, do these people not understand how jaw dropping and unexpected the first season was each and every week? Do they not understand how Portia Doubleday has evolved from no-name up and comer to an eyebrow raising, scene crusher? Have they not noticed that Rami Malek has become an absolute dark horse in the Emmy nomination game? These two are too talented to have such an important scene wind up anything but exactly what they and Esmail wanted. I thought it was a good culmination of their, at times, perplexing relationship and a long time coming for them to stop frontin and admit they’ve always wanted this. Too bad it was also (probably) goodbye. Agent DiPierro calls all units to Watts and 6th ave and walks into Lupe’s diner as they are eating. A motorcycle pulls up, homie hops off the back, walks up to Lupe’s window and LAYS WASTE TO AYEBODY IN THE MAFUCKIN BUILDING!!!! But somehow, Agent D Nice runs out unscathed once again!!

YOOOO that episode ending was crazy high octane!! From Agent D Nice pressing the nurse, to that knowledge reveal and train kiss, to the long distance setup shot of the arrival of Dark Army operatives on the bike, and all the scenes being cut in and out to create this perfected parallel between all three actions happening at once, was just top notch cinematography and editing.

That kiss was a long time coming.

How the hell did Joanna know Elliot was getting out? How she out here kidnapping the homie and making seductive threats? Ain’t mad paparazzi following this woman?

These Dark Army killas don’t leave a cent of evidence or liability behind. That’s two now. They the real Suicide Squad.

That 1914 European map is available for purchase if you about that life.

Why Mr. Sutherland so shook? Is he Mr. X?

Could Tyrell really be alive? I’m guessing yes on that one because once Elliot starts to have suspicions about Mr. Robot, he has generally been proven right. But we’re also dealing with the worst narrator in history soooooo.

I miss the big homie Leon.