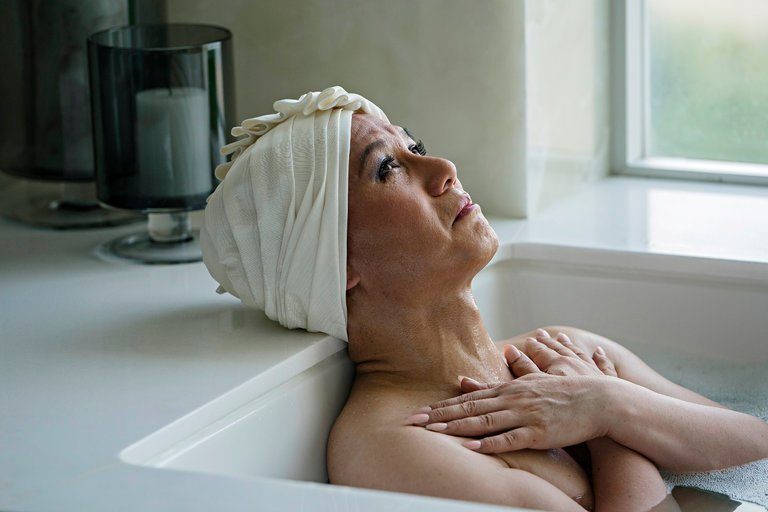 Ayo, fam, this is not a drill. The season finale of Mr. Robot was absolutely insane!! So many people get shut down, as our episode title implies. The entire series was flipped on its head, and I now understand why they just got renewed for season 4. Let’s get into this episode that brought us paternal bombshells, outstanding counter attacks and jaw dropping revelations

Off the rip, you know its bound to be murder music by the end of this episode. Lethal Assistant Grant rollin up to Elliot’s spot like he da landlord. Straight runnin the apt jewels and finding nothing helpful. Elliot on his Ninja Gaiden flow watching from the shadows. I don’t know how, but Grant stay looking constipated and angry while remaining chill as a gang of polar bears snowboarding.

Yo, Santiago was such a craven in this finale. How you start off acting so hard when all you did was aggressively cuff a woman and illegally place her in your whip before getting pressed by Agent D Nice (aka Agent bout to get in dat ass aka OOHHHH shit!)? Santiago just dropped Dom, he really about that Ray Rice life!! Welp, the girl scout was about to rat out the crooked piece of shit, so he had to do something. Even if something does ultimately leave his chest looking like a pile of logs at a lumberjack convention.

Elliot goes back to the root of all this evil. Coney Island. This time to speak to Mr. Robot instead of overdosing..on purpose. He finally realizes that a bit of him is in Mr. Robot and some of Mr. Robot is in Elliot. They begin to reconcile a bit and Mr. Robot tells Elliot what he meant by his FBI mirror message. Our titular character and his other half go searching for answers at Santiago’s crib after revealing the prick is the FBI mole, but all they get is some good ol situation handling at the hands of Irving da Fix It Fiend.

Santiago drops his captives off at our buddy Tyrell Wellick’s very own lumberjack barn getaway. Leon just in the cut being menacing and shit. Menacing but also cool as the other side of the pillow. Irving pulls up and transforms into beast mode after Santiago had the audacity to tell Irv that it’s time for the Dark Army to fix his problems. Irving looked at Santiago with disgust, then Dom with intrigue, back to Santiago and back to Dom. Then they all take a hike as Leon watches the kids.

My man Irving takes off his Givenchy before he gets raunchy and goes full Villisca Murder House with Tyrell’s favorite ax. Dom was fully ready to stand up for her country, badge and beliefs and catch the Jack Nicholson Shining fade while Santiago urged her to join the Dark Army. But Irving has other plans. He makes Steppenwolf look like Abe Lincoln Vampire Hunter when he swings that ax and plants it deep into the kindling that had been Santiago’s flesh. The dead agent made too good of an argument for why Dom shouldn’t be killed and now she will be the Dark Army’s crooked replacement, unless she wants her whole family murdered of course.

This new dynamic should make for some dam compelling television next season, as our most honorable character on the show will battle her moral compass every time the Dark Army comes to collect. Her parting words for Darlene are black mamba venom filled. Truer words were never spoken.

Assistant Grant and his goons roll up and Irving hits him with the 411. Irving tells him it’s about time to take that overdue sabbatical, and Grant makes the mistake of trying the OG. You can never press a NYC car salesman! Irv Gotti with the death by a thousand chops body grabs Grant by the face, slides his bloody fingers across WhiteRose’s right hand man’s lips and reminds him that he was in Grant’s position not too long ago; he did his time. Then asks Dollface if she has tasted whats behind those luscious lips yet, and rides off into the sunset to finish his novel. Yoooo!! Irving dropped the flex of a lifetime, the Dark Army lackeys aint even flinch then chucked up the Sandals resort deuces!! From that moment on, this episode became God Tier television.

We barrel towards the end of the finale with two different groups in two separate locations. The scenes are spliced together and each second was next level captivation, cinematography, and writing. We find out that it wasn’t WhiteRose who picked up feral cat lady Angela, but Gargamel in human form, Philip Price. He’s got her up at Bowser’s Castle getting that trauma update. This dude out here claiming Angela’s mom used to date Price before she dropped him for the “monster” that Angela grew up with. She didn’t want Price to raise her daughter so she got with the (then married) man Angela has considered her dad all her life. It was a wild twist, but one that was done pretty well. Price was as cold and straightforward as usual and Angela was much of an emotional wreck as she always has been.

After finding out her daddy aint really her daddy, she really is Angie from Da Block, fam! And as infuriating as this revelation was (who would ever want Price as a father), it did do some things to set the show right. I didn’t believe in this odd, sentimental, Price and Angela relationship (or Price’s obsession with Angela) but at least it makes sense, despite the ever present creep factory that is Philip Price. I feel like him and Roy Moore go golfing together. Angela also owned up to her involvement in the 71 buildings being destroyed. Price lets her know it was much more of a petty attack on him, but if she wants to get revenge for being manipulated, he’s ready to squad up and ride out because her plans “stem from an obsessive, psychotic denial of reality” that has cost countless lives. Cant wait to see this partnership unfold in season 4.

Maaaaan back at the Barn, it’s goin down, fam!! Leon pulls out the toast on Darlene. Grant walks up to Elliot droppin the illest, pre-fade delivering bars. Elliot knows WhiteRose is listening so he pleads his “I can leak all the Dark Army’s secret to the public.” case, but Grant don’t hear him doe. Grant ate pufferfish for lunch and feelin invincible, B. He realizes he’s in a losing situation and the only way to save his sister and himself is to give the Queen of hacker hell exactly what she wants; The Congo. Elliot goes full Meek Mill and takes this L, and WhiteRose is given the one thing she couldn’t obtain on her own. But it comes with one caveat. Remember Teflon Grant with the yopper and goons? Yeah, he knows nothing about this until Leon removes Darlene from his crosshairs and hits every single Dark Army operative in the room with an Unreal Tournament HEADSHOT!

WhiteRose calls Grant with the news that she will be taking Da Hack Gawd up on his offer and that Grant’s jealousy of Elliot has blinded him from the finish line, so they must part ways. “Know that I will find you as soon as our project is complete,” Whiterose says. “But for the here and now, our time has come to an end.” And we all know the only way for someone to part ways with the Dark Army is to make the ultimate sacrifice, and Grant takes on that task with pride. WhiteRose watches her lover remove himself from the playing board while soaking in a bath of lavender, Shea butter, chamomile and Champaca Essential Oil. The Beauty of Ocean Pearl weeps for her loss.

In the end, it’s just Elliot and a computer. Elliot now knows Romero wasn’t the one who put the precautionary measures in, just in case they needed to decrypt E Corps data. It was Mr. Robot, much to Elliot’s stupefied surprise. After an entire season writhing in agony because of the pain he has caused the entire country and parts of the world, Elliot gets to undo his evil revolutionary deed as soon as he hits enter and sends and email to “[email protected]” Watching Mr. Robot? Catch up on any recaps you missed from the award winning series here.