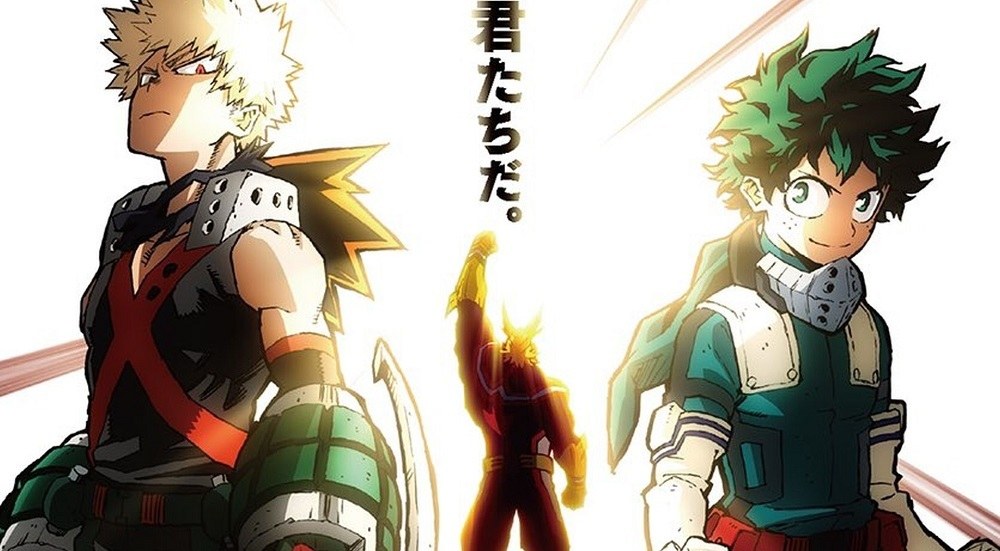 Even if it isn’t redefining the genre every time out, what My Hero Academia will never lack is the amount of heart it gives to every story. While it falls on some conventional storytelling and some tropes that the series itself created, what can’t be questioned is how it inspires us to root for each and every hero from opening to closing while they try to overcome the most extreme odds.

Heroes Rising takes place after the Overhaul arc in the anime, so the progression and status of all the students and villains will be familiar to those that are current on the anime. This doesn’t play into the plot too much outside of the mention of the bullets that erase quirks. This just gives us a timestamp, which works well as the anime itself is quite a bit lighter in the present arc. It makes sense for the movie to show the heroes at an island resort taking jobs and helping the residents.

While the first movie, Two Heroes, felt a bit contrived in how it brought all the students together but absolutely nailed the action in the third act, Heroes Rising feels like a much more natural setup. The students are doing everything from rescuing drowning kids in the ocean, to providing more ice for vendors, to finding lost pets. Having Deku use one for all at 8% with a preserver around his waist, while Uraraka makes herself and Jiro float while holding on to the preserver, enabling Deku to sprint around the island while Jiro listens for a lost pet is a perfect fusion of their quirks that isn’t battle oriented. This is the heart of MHA that never fails. The students are (mostly) kind-hearted kids that want to be good people out in the world while also training to be better heroes.

But when the fighting does start? Lawd. The villain this time around is Nine, a being who has learned to harness multiple quirks at a time but is in search of a specific quirk to hold himself together. He has a cabal of overpowered villains to help them as they attempt to increase their power for world domination. While Nine is decent villain with some visually appealing quirks, the biggest weakness of the movie is that we’ve seen this type of villain before. In the last movie with Wolfram. And of course, with All For One from the main series. At some point, the movies need to give us a villain that isn’t an All For One reskin. Overhaul in the main series is a great example of an OP villain with a singular quirk that can be manipulated in super innovative ways. But Heroes Rising opts for the multiple quirk route again and it feels like a missed opportunity. 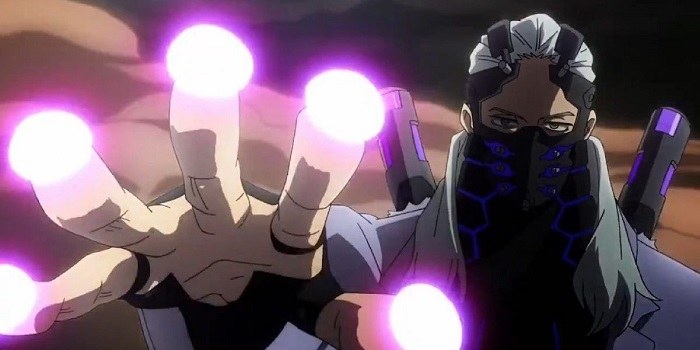 What works in the movie, really works. The fight scenes are large and boisterous with a lot of unique uses of the quirks. Where the movie shines most is in the third act where the students are grouped up to stop a singular villain. There’s a great synergy between the student groups in their planning that makes the best of heroes working together, something that even the anime only gives us in small doses.

And if you’ve been watching the anime and missing the hyper aggressive Bakugo content, this movie satisfies that in spades. It’s easy to say that he’s equal billing with Deku for the star of the movie. The MHA universe is vast with tons of interesting characters, but their conflict and rivalry will always be center to the story. Seeing that on display for the movie works extremely well and grounds the conflict in themes that have been going well before the film. 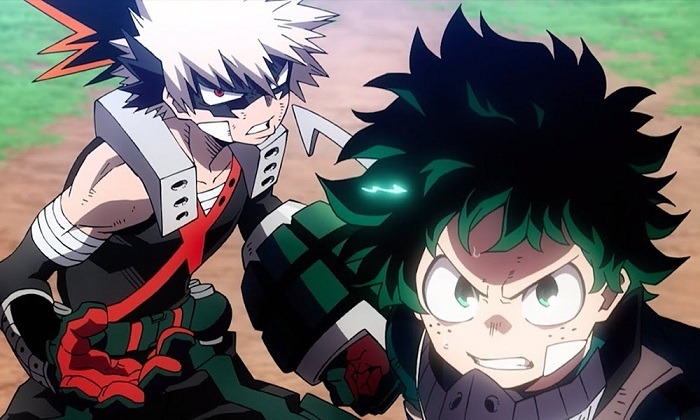 The ending and the resolution might leave some of the fandom divided. Knowing the film had to fit in between arcs of the anime and make sure it didn’t change the ongoing story is a difficult proposition. The movie definitely tries to thread this needle with a huge revelation and still minimize its ongoing legacy. It’s not particularly elegant but doesn’t completely betray the rules of the universe. Even if it does stretch those rules to their limits.

For any fans of My Hero Academia, seeing the movie was going to be a forgone conclusion and I can confirm it’s 100% worth your time. I’m not sure it’s as solid from start to finish as Two Heroes, but it’s still hugely enjoyable. There’s no such thing as too much My Hero Academia content.

Keeping up with My Hero Academia anime? Check out BNP’s reviews here.