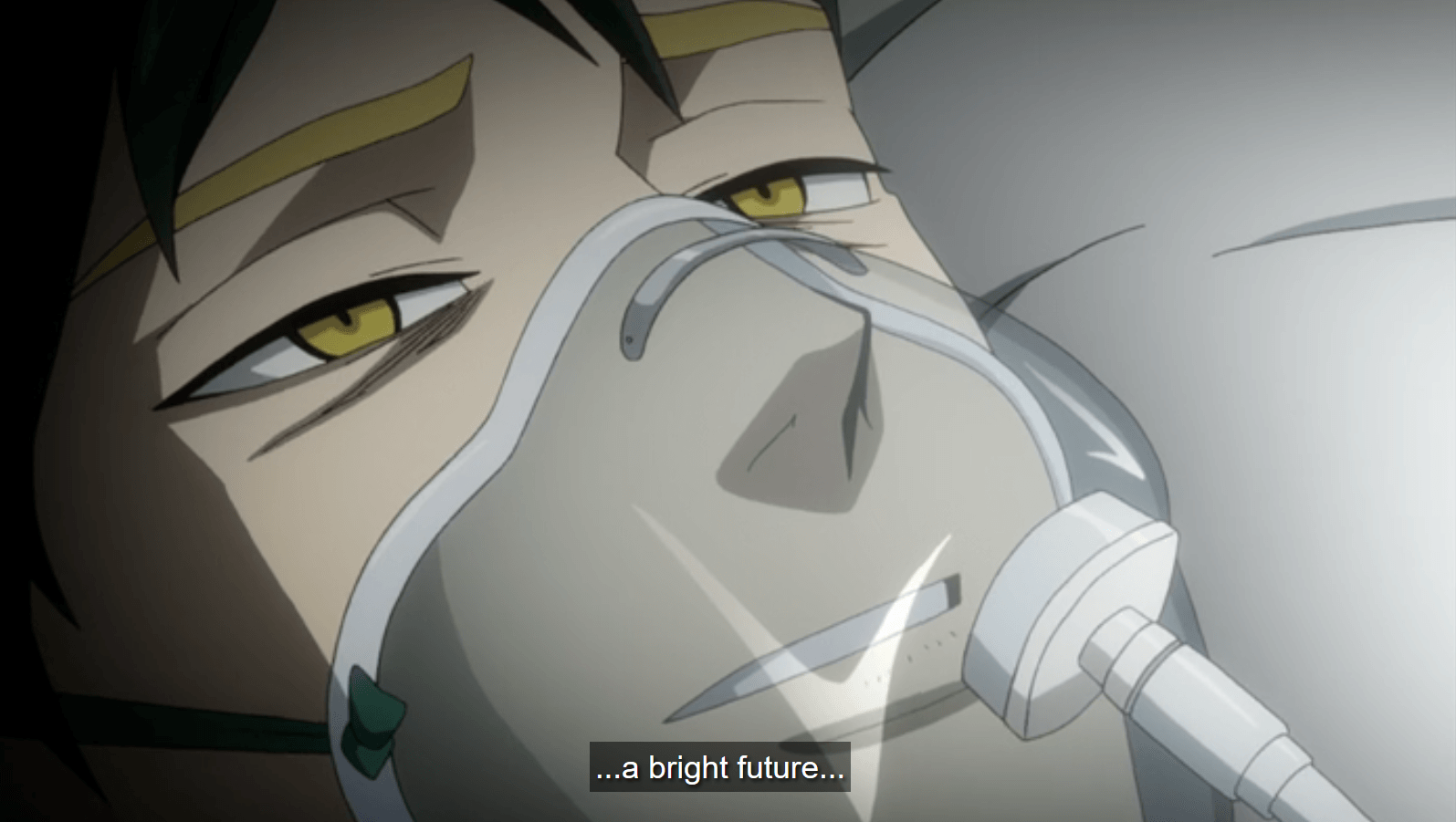 The raid against the Shie Hassaikai was successful. Deku tapped into One for All’s power at 100% thanks to Eri and managed to defeat Overhaul with a pocket healer/terrified girl tied to his back within nothing but their senpai’s cape. But the mission was successful, although it was not without its cost. 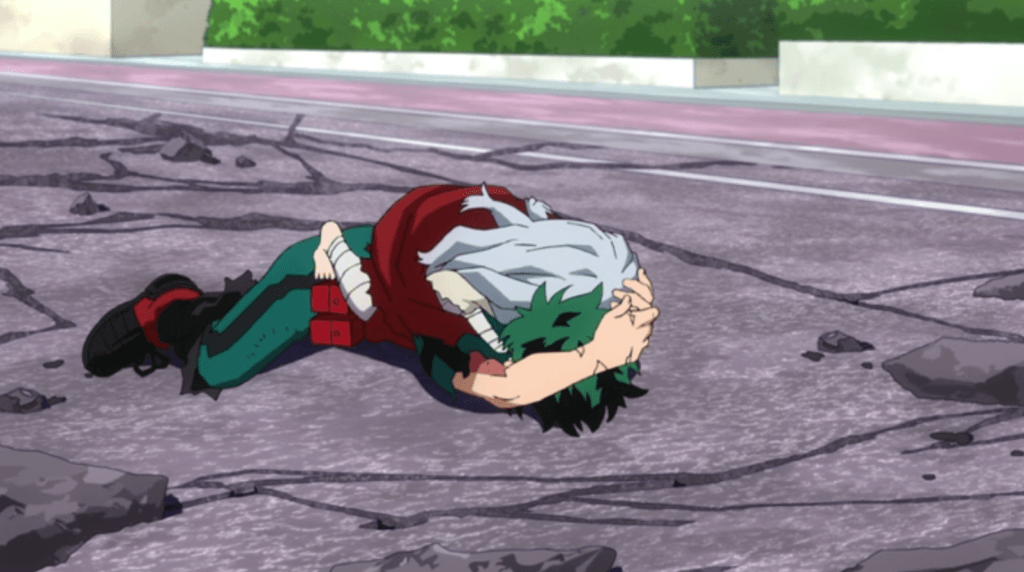 After a recap of Deku’s little fight clinic, we get a quick glimpse of Suneater saving Eraserhead and the hero groups slowly starting to regroup underground. Topside, Eri’s unable to properly control her power and we get one last glimpse to the twisted psychology that is Overhaul before Eri’s reverts Overhaul (and his henchmen) to his original states, giving Uravity a chance to apprehend him with the patented Gunhead Martial Arts. Eri’s reversion continues to plague Deku, but thankfully Eraserhead is able to stop him from getting erased from existence. 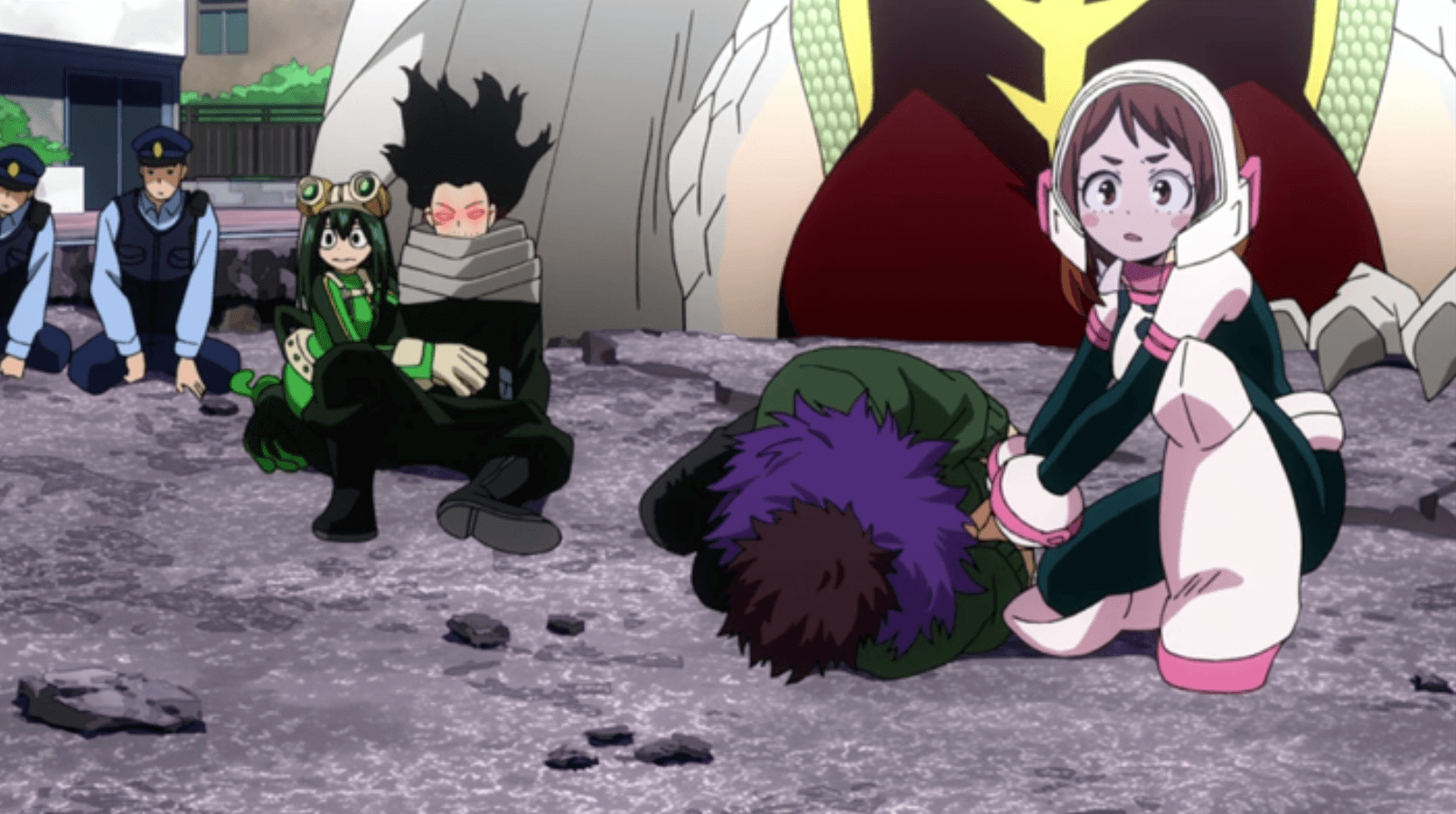 The battle’s over. And now the aftermath begins…

Heroes and villains are taken to their respective hospitals (which of course, there would be separate hospitals for heroes and villains). Wounds are triaged and damaged is assessed. Most everyone is relatively fine, spare Sir Nighteye who doesn’t have the brightest prognosis with the gaping hole in his midsection. But he seems more shocked about how Midoriya was able to twist the future. But by 9:15AM, the rescue is a confirmed success.

However, the day is still young, and Overhaul’s police escort has a run with the League of Villains who continue to prove they are every bit as dangerous as you’d expected an organization named the League of Villains would be. After completely destroying the convoy, the League of Villain and their leader Shigaraki proceed to dismember Overhaul so that he will never be able to use his quirk every again, and then steal the quirk erasing bullet for good measure. Talk about brutal. 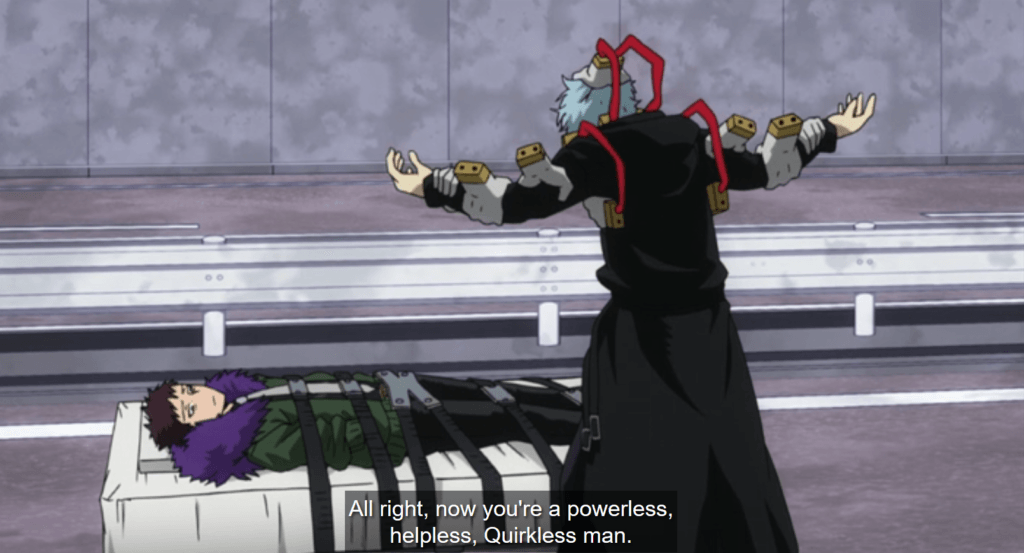 Back at the raid site, the post-game statistics are compiled. Four houses were collateral damage, but thankfully only three civilians were injured, and even then only just scratches. Part of it was the fact it was a weekday morning in a residential area and part of it was because Deku took the fight to the goddamn skies and then back to the pit like the soon-to-be pro. Deku ignores the fact that his arm is messed up again, and we see that most of the heroes are en route to a healthy recovery. Eri’s a little feverish and under quarantine, but Eraserhead reassures Deku that she’s going to be taken care of. However, there is one bit of somber news.

As Deku is ushered to the basement level of the hospital, he is greeted by a surgeon, Recovery Girl and All Might who all inform him that Nighteye is not going to make it to the morning. What follows is a tearful reunion between Hero and Sidekick. Sir Nighteye and All Might makes amends and realizes the future is not as immutable as he once thought, and that all of the energy from the heroes’ intent to save Eri managed to twist fate. But Nighteye’s final act Nighteye tells his greatest pupil, Lemillion, that he’ll become a finer hero than anyone else and then telling everyone to smile, because other society would not have… 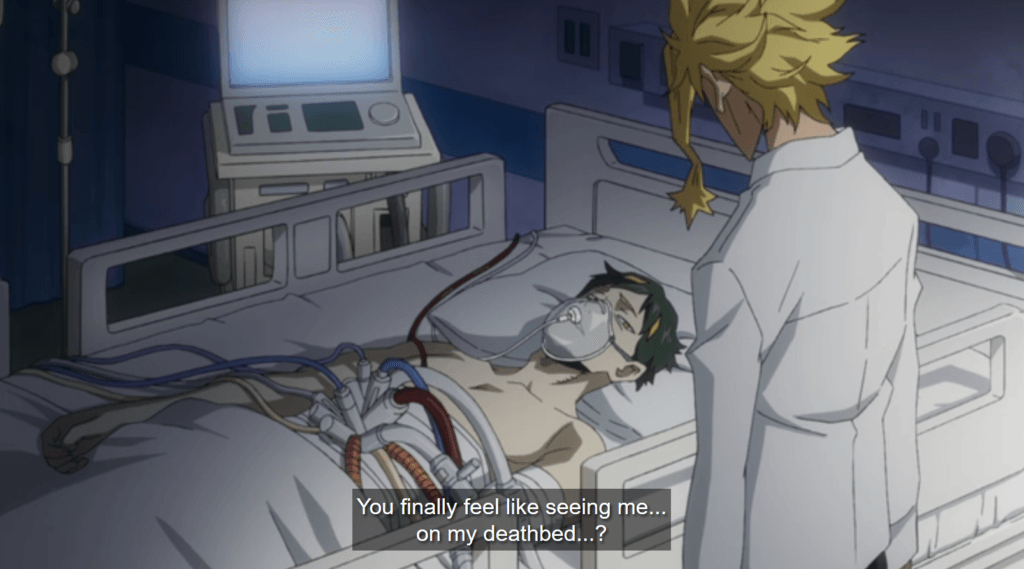