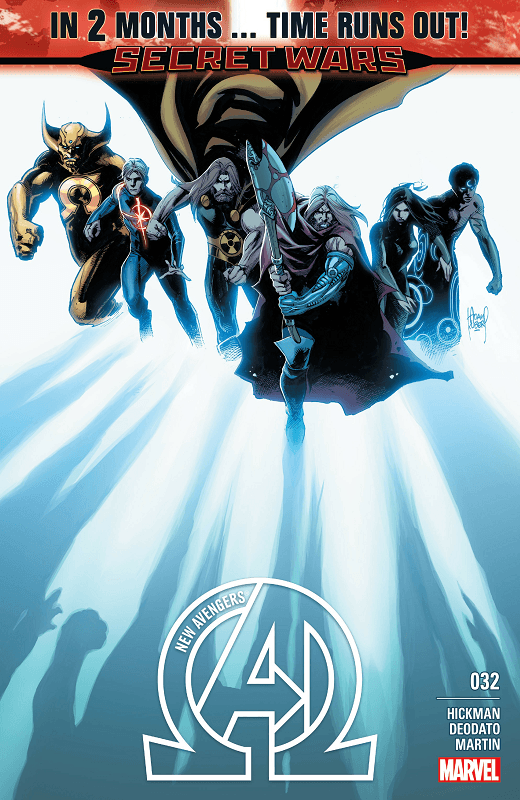 Well, if the foreshadowing from the previous “Time Runs Out” storyline wasn’t grim enough, this issue definitely was. This issue centers on the Multidimensional Avengers as they skip from galaxy to galaxy trying to find the source of the collapsing worlds. It brings them face to face with the Beyonders and the results are less than promising. There’s not much to say about this issue except that this is what sacrifice looks like. Every member of the team faces their mortality here just for the opportunity to win this battle against the Beyonders. The issue mostly focuses on Hyperion and Odinson fighting to their last breath. It completes a nice arc for Odinson and his trail through how worthy he is of the hammer and the title.

Deodato is on the art for this issue and it’s a joy as usual, even as perilous as this issue is for our heroes. Even though some really good artist have been working through the “Time Runs Out” storyline, but I still favor Deodato’s character models the best. As always the action sequences are seismic and consequential. Everything is appropriately epic and world defining in Deodato’s pencils, which make this storyline so perfect for him to be involved with.

A really grim issue in Time Runs Out that will have many repercussions on how this war with the Beyonders plays out in the time leading up to Secret Wars. Hickman has a lot of spinning plates to manage, but it feels like they storylines are finally merging.