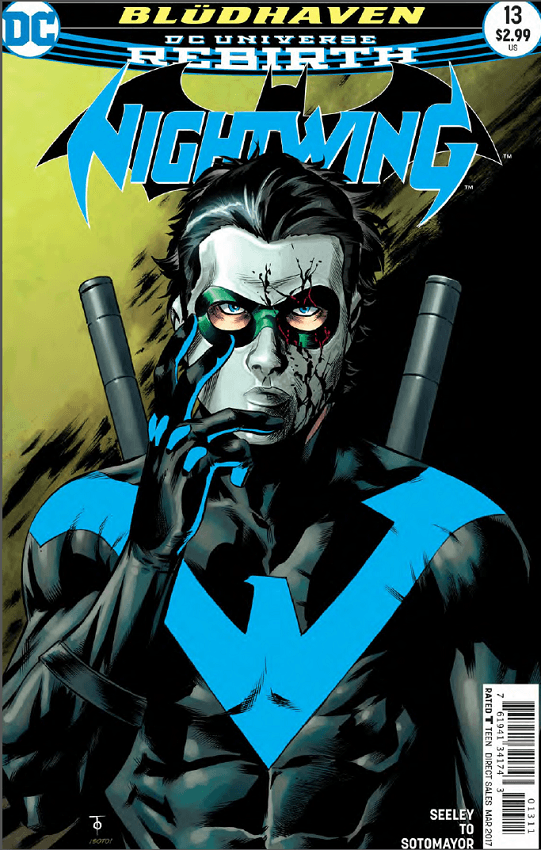 After the battle with Orca and seeing more behind the curtain for the how and why of these murders, the Runaways have again been set up for a grievous crime. They’re running out of members, yo. Nightwing is doing his best to try and keep the unit together, but there’s an overwhelming dread from the members that they are fighting a losing battle and that despair takes hold in full bloom this issue. It’s been an engaging arc watching Grayson go from escaping his Nightwing persona, to donning it again, taking accountability for his impact on the former villains, trying to gain their trust and losing their confidence all over again. We also get to see what who is finally pulling the strings and setting up the Runaways with these violent crimes. The how reveal is just as good and Nightwing has a worthy villain as he gets put into the mix for being set up as well.

What also works this issue is giving a little more time to some supporting characters that end up having a big impact by the end of the issue, pairing up some unlikely partners for a greater good. To has been consistent with the art per usual, but he does a really good job with the action this time around specifically. Shout out to Chris Sotomayor on the colors as I appreciate the vibrancy this book carries, compared to the (still excellent) brooding darkness of Batman. 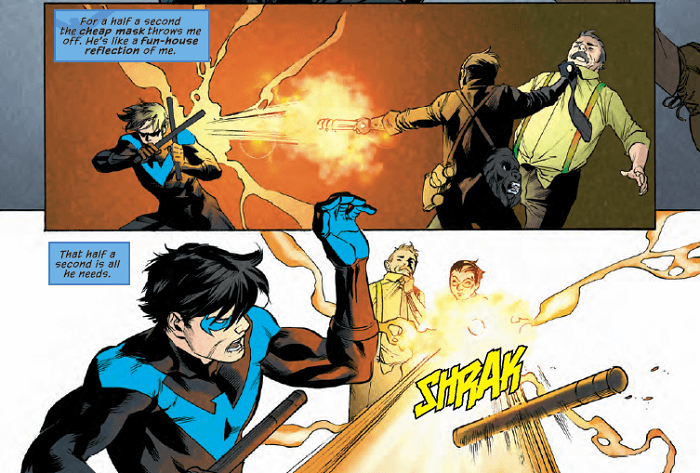 Nightwing finally identifies the villain, but much more has yet to be revealed and we have new people working together to bring them down. This book is still an enjoyable read while carving new and familiar tones for Dick Grayson.

Reading Nightwing? You can find BNP’s other reviews of the series here.