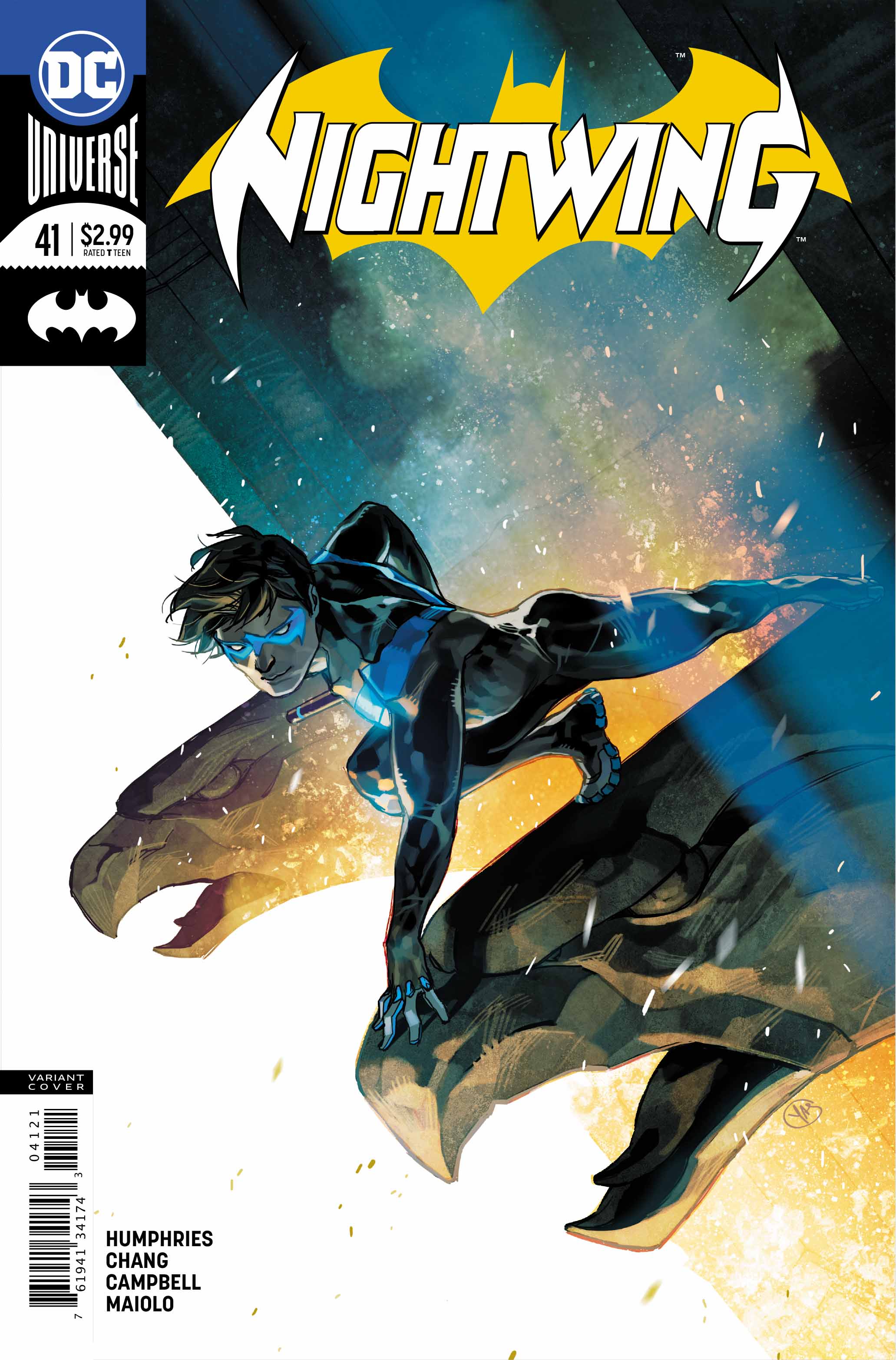 From a visual storytelling perspective, Chang and Campbell knocked it out of the park. The entire comic, from an artistic standpoint, is a roaring success. The framing interview with Guppie, every high-octane action sequence, the somber moments of reflection are everything that you want from the conclusion of an arc. The artwork is superb and there are pages that I just want to buy the original prints of as a poster for because they are just that iconic and memorable and flat-out epic. And there are scenes that are just utterly ridiculous and add that much-needed levity you want from a Nightwing story. 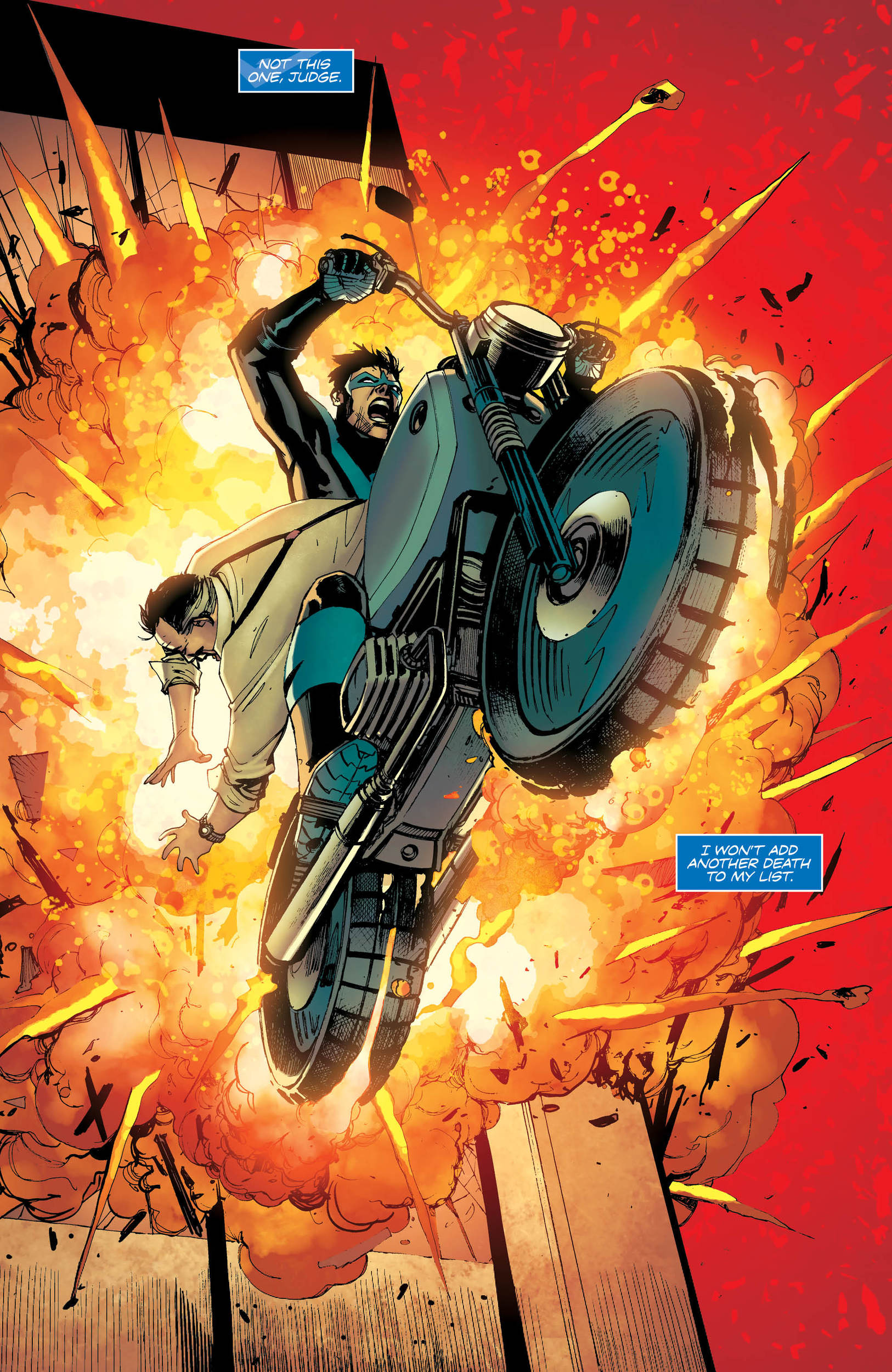 From a straight narrative perspective, I’m still frustrated with the Judge as the central antagonist of the story. I think the character was a means to an end, and now that we are at the end, it’s safe to say that he served the role he was supposed to and literally nothing more than that. The Untouchable was a story about guilt and forgiveness. It was a story about dark desires and what it takes to rise above them. It’s a quintessential Batfamily story that happened to star Nightwing, and it waxed a little too philosophical about the character’s core that it forgot about exterior: the quippy Nightwing, the empathic Nightwing, the social Nightwing. And I’ll concede I liked the final pages, but this arc has felt so long.

I get the intent. I get what Humphries was trying to do. But I’m ending the series feeling like when I first started: interested, but not compelled.