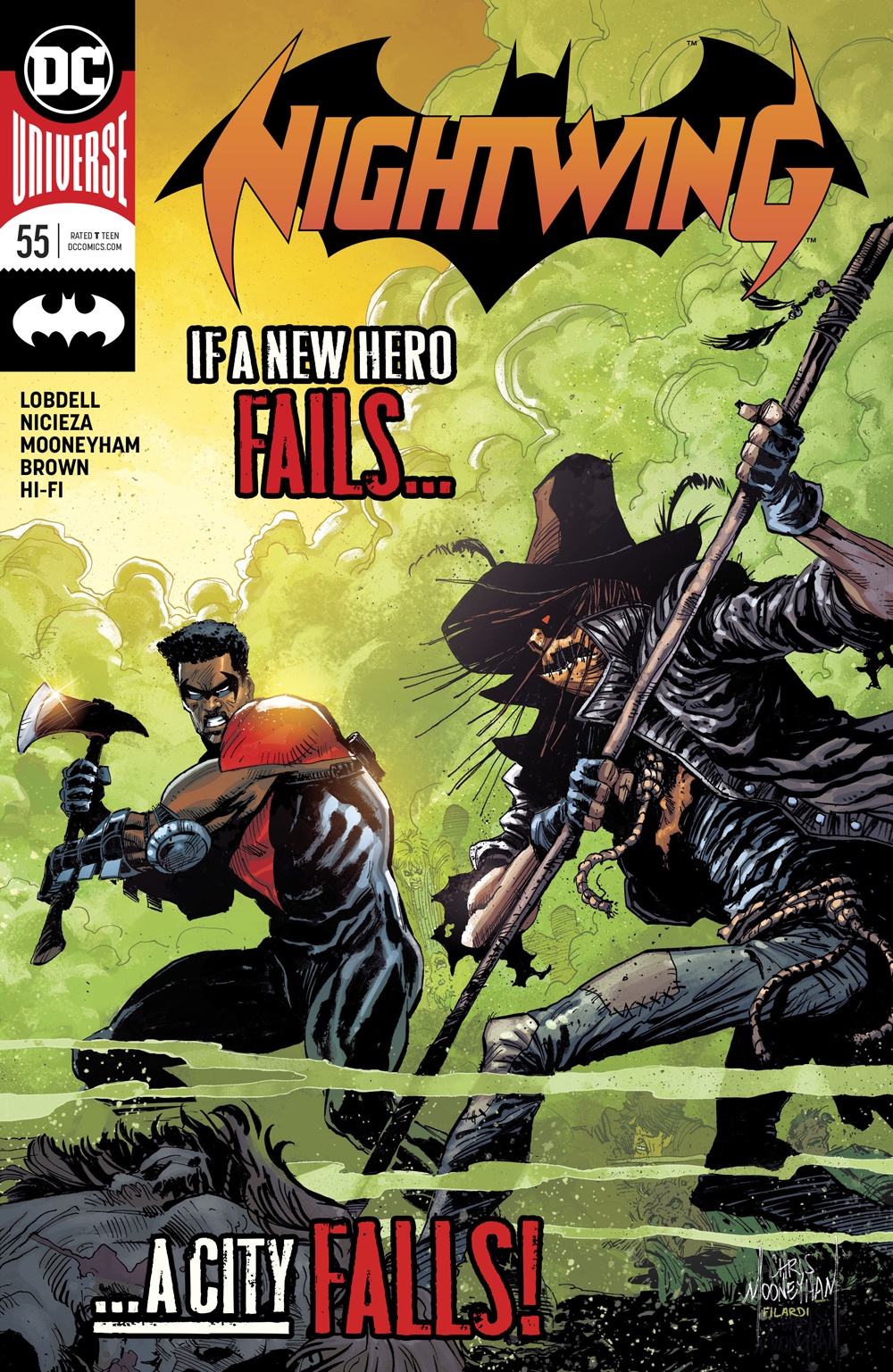 Six issues deep into the Knight Terrors arc and remarkably little has changed regarding the status quo. Ric Grayson is mostly over being Dick Grayson, although he can’t help but live in a city that triggers his latent muscle memory. A small band of cops have taken over the Nightwing mantel and have brazenly embraced the vigilante lifestyle. And finally, Scarecrow is working on some evil scheme that involves his fear toxin and infecting the city. Honestly, Scarecrow’s situation has probably changed the most out of the three different arcs we’ve been following, and it’s been a very clear-cut secretive to overt type of operations. 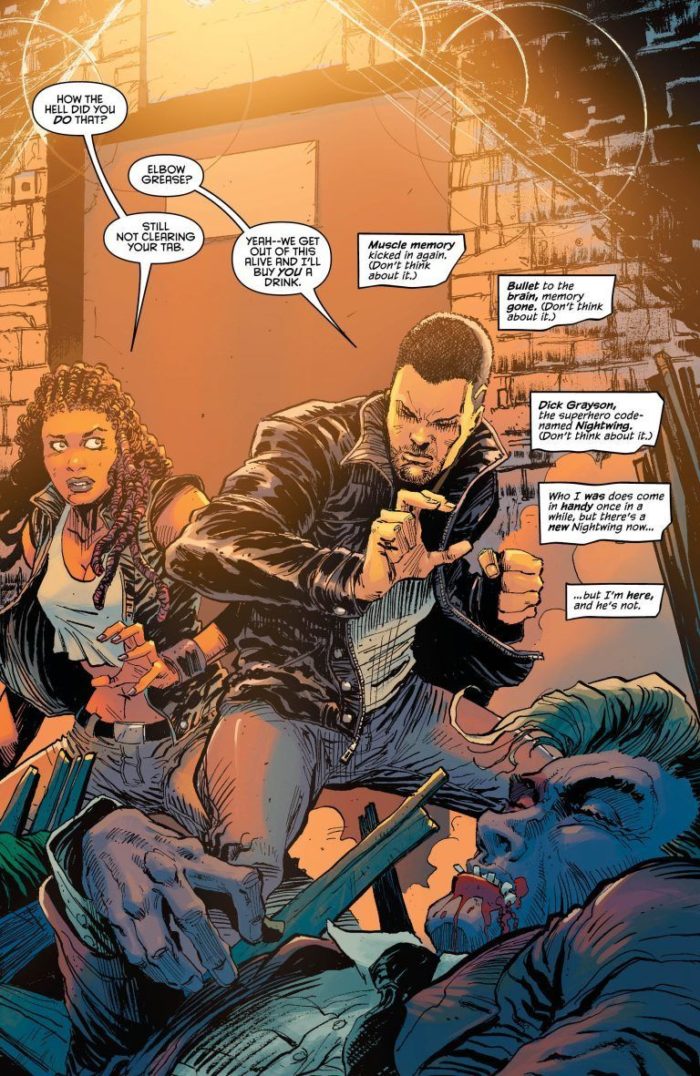 Nightwing #55, more so than any other issue in the arc before it, feels like it came out of the 90’s. Between the particular era of film noir Ric Grayson evokes and the bad boy cop schema with the mad scientist’s dastardly plans for destruction, it feels outdated in some ways. After all the forward momentum made in Nightwing #54, this issue sort of stumbles over itself. Lobdell’s plot continues to advance at a glacial pace. Nicieza has a good grasp on Ric and Scarecrow and makes those segments somewhat compelling. The cops, arguably the focal point of the series, are somewhat stereotypical and forgettable. We lack the same emotional connection to them, despite being told their backstory and motivation. It just isn’t as interesting.

All that said, Nightwing still looks incredible. Mooneyham and Brown know how to visually engage the reader, and the artwork pops off the page with the different action sequences and physicality of the character. It’s a pretty book, with lantern jaws of justice and old-school smoke effects. But, like with many things about this series, I’ve been saying that for a while. Nothing much has changed. If you’re enjoying it, keep on. If you haven’t, I don’t foresee it changing pace.