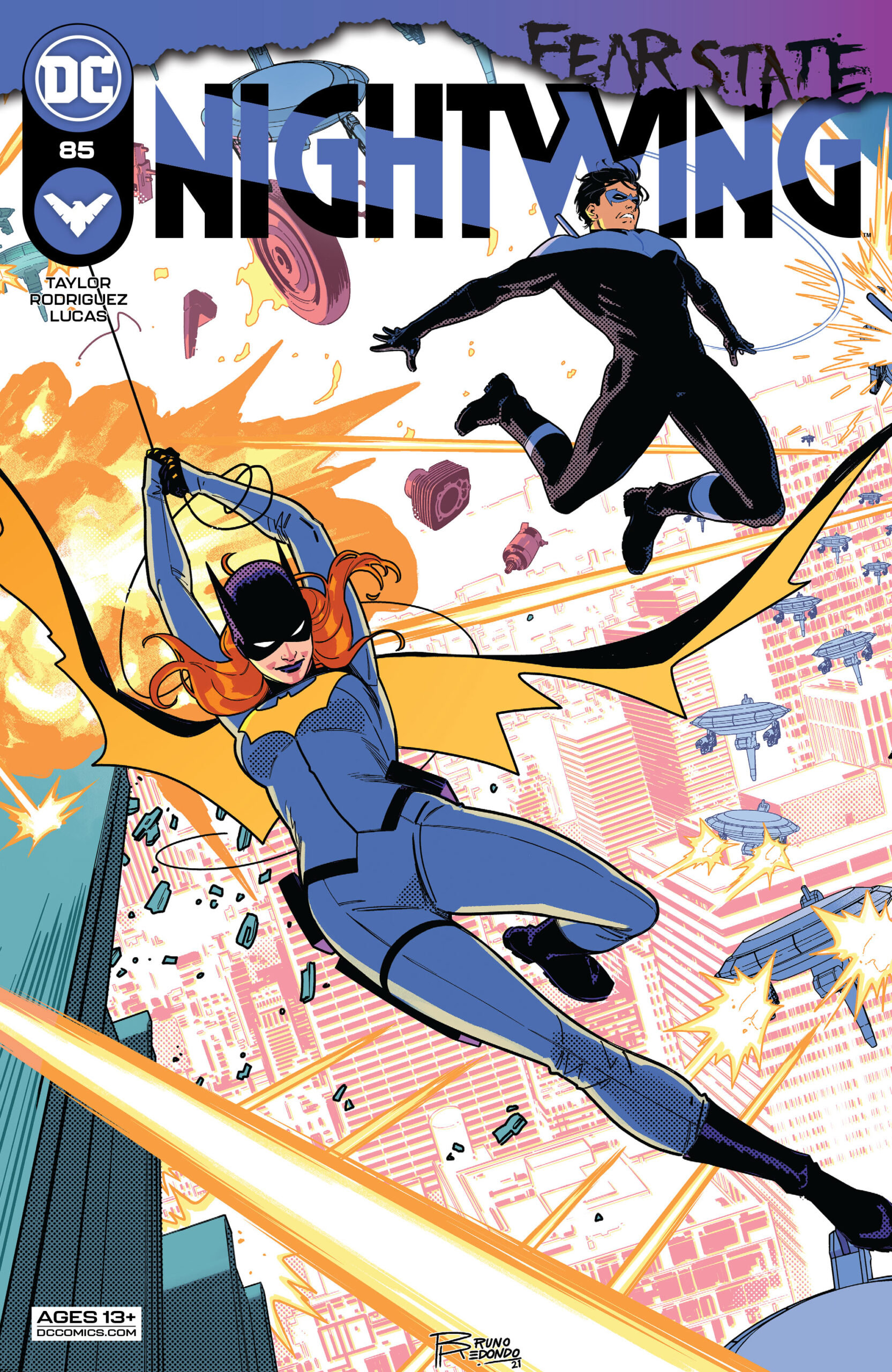 We’re now halfway through Nightwing’s visit to Gotham and the Fear State arc in Nightwing #85, and while Nightwing was a prominent figure in this issue, it was actually Batgirl who was the point of reference.

In search of an ultra-hacker named Seer who has taken over all of Oracle’s systems, it’s actually Batgirl who we follow internally. It’s her narration we read instead of Nightwing’s. I found that to be an interesting choice.

This is the second issue where Taylor does something that grabs my attention in a crossover story. I think he gets that it’s hard for the reader sometimes to have to navigate these stories, especially when they’re sandwiched between other narratives, but he really does a good job at making them feel fresh, and he really keeps us engaged.

The action in Nightwing #85 does a good job of that as well. We get smoke bombs, Magistrate punches to the face and the gut, and an incredible fear toxin sequence that you know can’t really be happening, but you still can’t believe what you’re seeing. Shoutout to Rodriguez for creating a really captivating moment.

Due to the Magistrate taking over the security of Gotham, the city’s bright lights have been turned all the way up. It’s so weird seeing Gotham like this. We’ve seen it during the day despite its staple being the dark red and dingy skies, but now it’s bright at night. It feels so off. It’s like the unsettling feeling you get with the bright white hospital lights. Whenever these guys defeat the Magistrate, that light bill is gonna be crazy.

I can’t believe I’m saying it, but I’m looking forward to how this crossover ends. Seer is an interesting villain, and I’ll honestly read anything Taylor writes. So, I’ll see you next month to talk about the conclusion.

9 Fear Toxin Nightmares out of 10