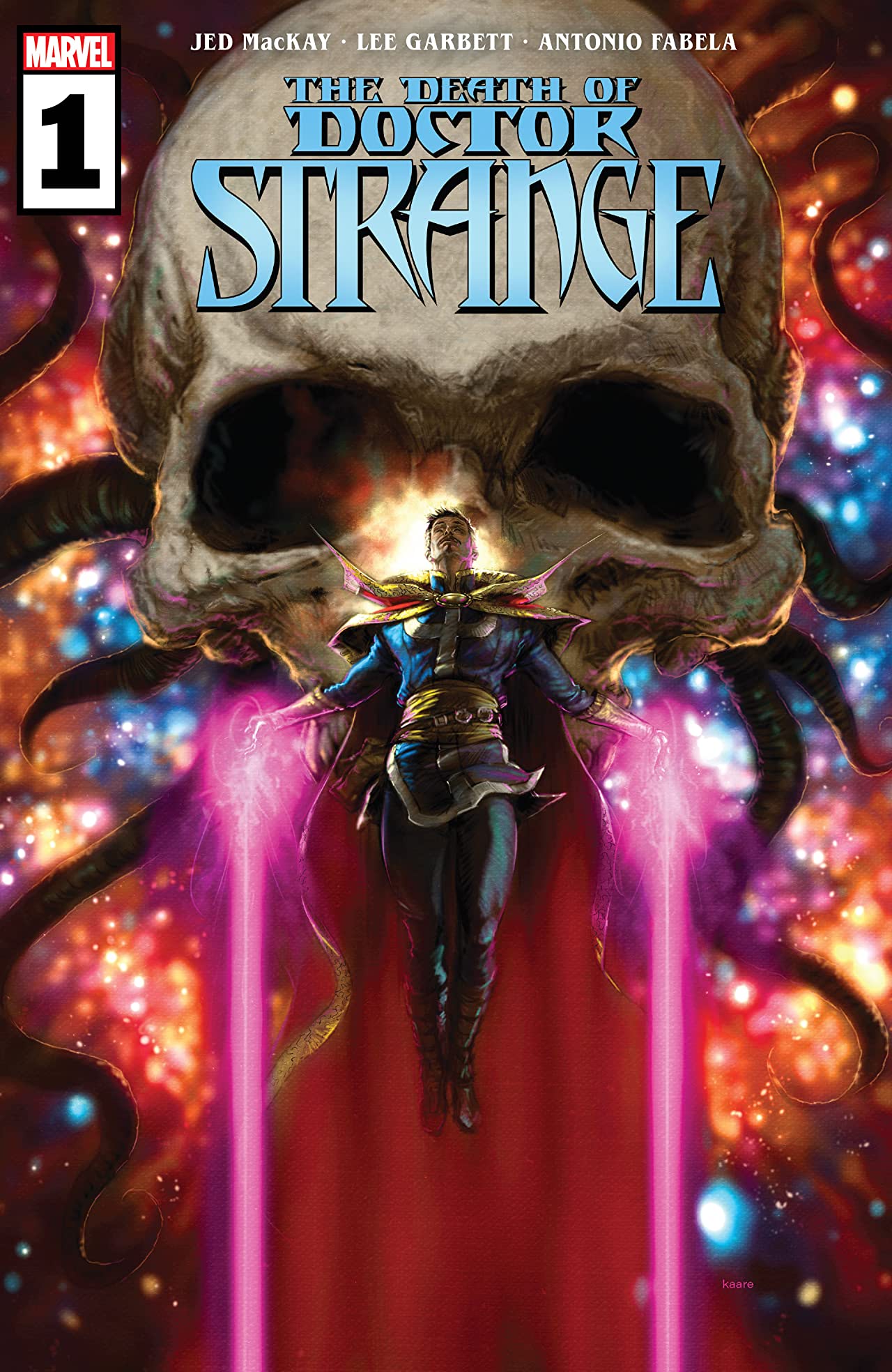 Ah, it’s the combination of my two least favorite genres in comic books – the death of a major character and a “who done it” mystery. Rarely are either of these stories ever done well. The impact of a major death is usually undone before we’ve even had time to absorb it. Meanwhile, building a good mystery is difficult with the payoff almost always being weak. However, I’m not looking at the past but the present and that means giving The Death of Doctor Strange a shot.

With a title like The Death of Doctor Strange, there is little left to the imagination when it concerns the premise of the book. When the book basically tells you what’s going to happen, it’s best they get to it right away. What readers should be more concerned with is how. The book eases readers in by walking us through the daily life of Dr. Strange. It’s a fun plot device, especially when it comes to superheroes. And when a normal day includes being walked by your ghost dog, then you know that there is nothing ordinary about a normal day. It’s an excellent opening for a character like Strange, whose everyday is entrenched in the weird and supernatural.

Writer Jed Mackay does a great job of giving us a fun issue. It honestly feels like a highlight reel of a bunch of different Dr. Strange adventures, and with issues like this, there is plenty of eye candy to look at as we jump from one moment to the next. At the same time, the issue teases the big moment we are all waiting for. It’s great writing that is set to the narration of Strange and his view on being Sorcerer Supreme.

The Death of Doctor Strange #1 works as a decent start to an event book. It doesn’t do anything special but it makes for an enjoyable lead-up to the big moment. There is also a great deal of setup to what the stakes are and the true impact of Dr. Strange’s death. Man is this dude’s job hard. It’s almost unfair how much the magical community relies on him to keep everything together. With an interesting twist at the end of the first issue, there is some promise. I’m more interested in seeing how this book deals with that and the other sorcerer’s reacting to Strange’s death.