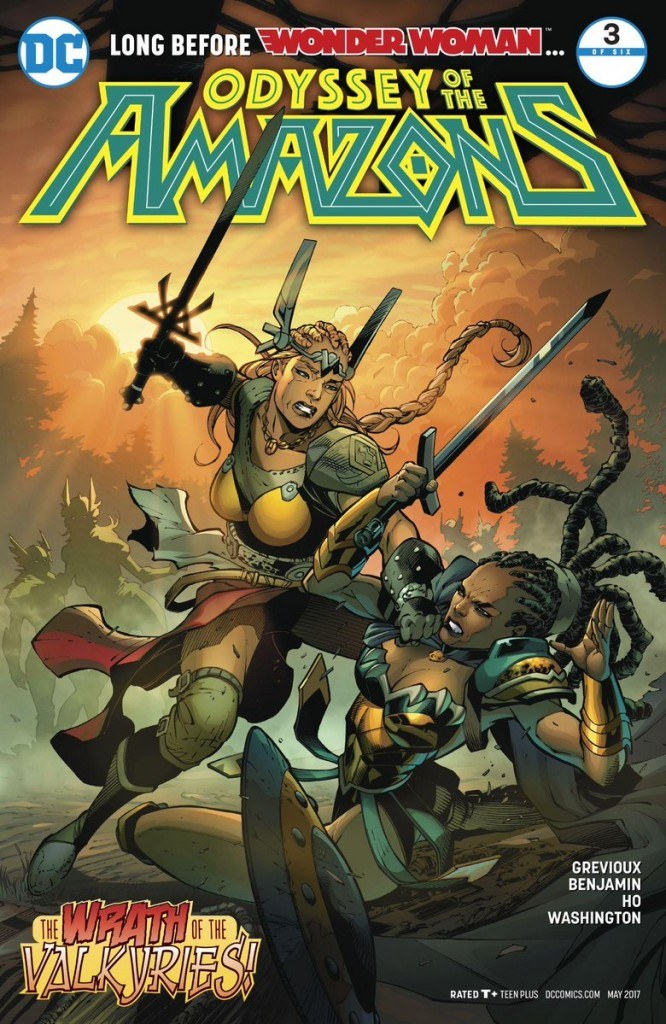 Maaaaaan it done got real for your Amazons and dem. We pick right up where we left off last week with the meeting up of the Valkyries. The Valkyries are convinced that the Amazons are working with the Jötunns and inadvertently brought them up to speed with the breeding plans that lay in store for the captured Amazons. The mishap gets cleared up but then middled again which pits Valkyries and Amazons at odds.

This isn’t just a small scuffle between the two groups. Muh fuckas are getting bodied. This isn’t for play-play in the least and our Amazons are definitely out powered but as Hessia has to frame it for her squad, that doesn’t mean they are totally defenseless. We get a display of what makes Hessia a good leader even in the face of bleak odds. Her decisions may seem dire but there is always logic and reason that go into the planning and execution.

Ryan Benjamin’s artwork continues to make this book stand out. He is able to keep you invested and give this book a real mythological feel with his depictions of these deities, monsters, and warriors. 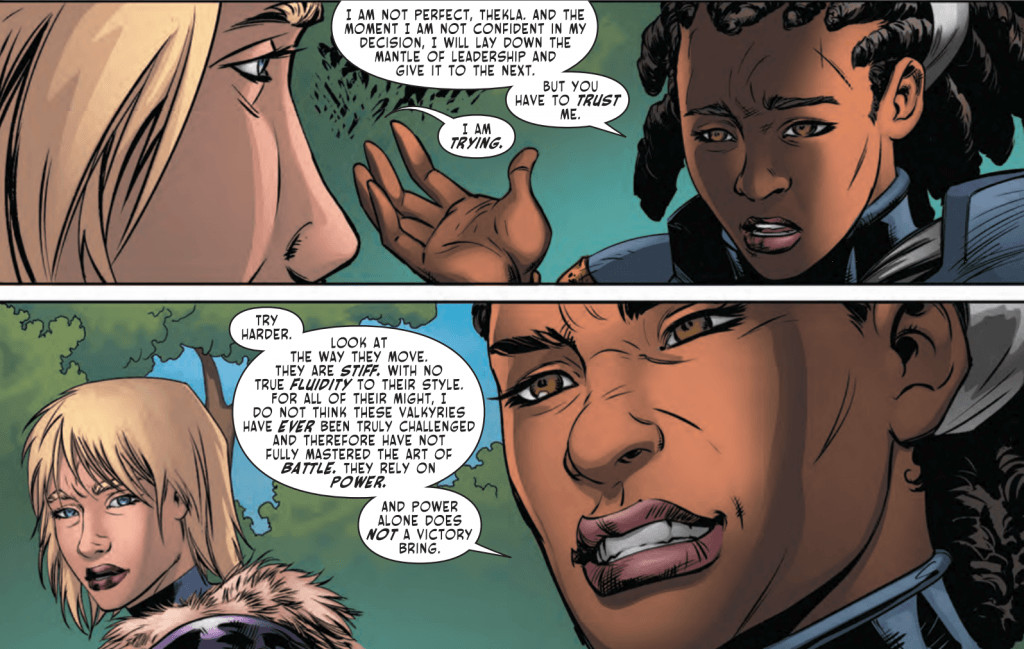 This issue took an extreme turn in the plot that I don’t think any of us saw coming. I was waiting for the story to come along with a little more action but Bast damn, Grevioux done went and hit us with a south paw left outta nowhere. Odyssey of the Amazons is shaping up to be a limited series you’ll want in your collection to come back to years from now.

Reading Odyssey of the Amazons? Find BNP’s other reviews of the series here.